The Cannabis Investor is a leading media outlet for Cannabis investment opportunities and breaking industry news. Here on the Marijuana Minute, you will find the top stories from around the industry in this week’s Cannabis Industry News Recap for the week of April 8th- April 14th, 2019.

Tel Aviv, Israel — New Israeli laws regarding cannabis decriminalize possession of the plant and its buds. In accordance with the new laws, the possession of a home-grown marijuana plant is no longer punishable by law. Civilians found to be carrying small amounts of cannabis in public without medical authorization will now face fines rather than be subjected to criminal proceedings.

Cannabis resin sold on the streets of Madrid is contaminated with dangerous levels of fecal matter, a study says. Traces of E.coli bacteria and the Aspergillus fungus were found by analysts who examined 90 samples bought in and around the Spanish capital. The samples of hashish were wrapped up in plastic “acorns” were the worst offenders, reportedly because of the way they are smuggled into the country. Some 40% of these also had the aroma of feces, the study’s lead author said.

City of Toronto will use ‘Aggressive Enforcement’ to Shut Down Illegal Pot Shops, Official Warns

A week after legal pot stores began opening up in Toronto, city officials are warning they will take tough action against those who continue to operate illegally. “We are starting an aggressive enforcement action [which will continue] for the foreseeable future,” Mark Sraga, the director of investigation services for municipal licensing and standards, told CBC Toronto.

“Currently, our intelligence tells us we have 20 illegal cannabis stores open and operating in the city.”

Attorney General William Barr said on Wednesday that he would prefer that Congress enact legislation allowing states to legalize marijuana instead of continuing the current approach under which a growing number of states have ended cannabis prohibition in conflict with federal law.

The attorney general added that the Justice Department is actively reviewing legislation that would accomplish that, and he discussed the department’s current approach to marijuana enforcement as well as plans to add additional cannabis manufacturers for research purposes.

The Florida Department of Agricultural and Consumer Services has finalized its rules for how medical marijuana growers can get licensed to make and sell edibles. Holly Bell is the director of the cannabis program for the agriculture department. She said the big concern is safety from food poisoning and allergen contagion.

“That’s our concern because a lot of times the people taking the medical marijuana have compromised immune systems, so we want to especially be diligent and make sure they’re safe.

Ameri, Toronto’s second and much-anticipated legal cannabis store, opened its doors to customers in Yorkville on Sunday. The store is the second to open in the city and one of five licences allocated for Toronto by the Ontario government, with the Hunny Pot Cannabis Co. being the first store to open on Monday.

Although they missed the April 1st deadline and some computer glitches caused them to start half an hour later than intended Sunday, the staff at Ameri were relieved to finally see the store open for business.

The day after the third annual International Cannabis Business Conference (ICBC) in Berlin, as the crew packed up and headed on to Zurich, news about the German cultivation bid surfaced in the domestic media. Namely, that three bid finalists (Aurora, Aphria and Demecan, a start-up founded with Wayland) had been selected. This is unofficial “news” as not only does the bid process itself face a pending lawsuit that is headed to court in Germany this week, but insiders on the ground in Germany will also not be surprised to see more legal action challenging this decision. So far, BfArM, the federal agency managing the bid has yet to make an official announcement.

The U.S. cannabis industry has been severely restricted in its ability to access banking services because of federal prohibition. Two Canadian bank heads say they too will steer clear of the sector until new laws are passed. It’s indicative of the limitations facing U.S. pot companies even as their market values surge and they engage in large-scale M&A like Cresco Labs Inc.’s $820 million deal last week to acquire Origin House.

With the reintroduction of the STATES Act on April 4, there are now two key pieces of legislation that could make it easier to run a cannabis business south of the border (if they can make it through the Republican-controlled Senate, which is a big “if”). 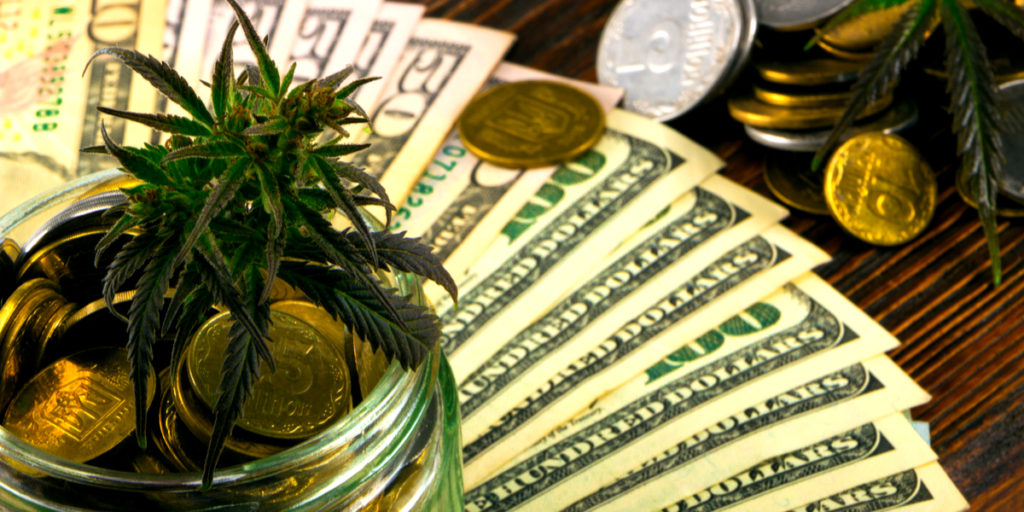 It had looked like New York was fast-tracking full legalization this year, but then at the last minute, cannabis funding was not included in the Governor’s budget. It looked like adult use marijuana was pushed off to another year. Then Governor Cuomo said that wasn’t the case and that in fact, negotiations were continuing. As all the back and forth continues, these companies have to wait patiently for the state to figure out its next moves.

Provincial wholesalers and medical patients in Canada report a shortfall of CBD products for the nonmedical and medical markets, and new data released to Marijuana Business Daily suggests imports aren’t enough to fill the gap. Cannabidiol in Canada can be sold to adults only via a provincially or territorially authorized cannabis retailer or directly by a federally approved medical seller of cannabis.

Maintaining a reliable supply of CBD oil is a challenge across the country, said Cannabis NB spokeswoman Marie-Andrée Bolduc.

The federal government of Queensland is highly hopeful about medical cannabis ushering in great advantages for their economy and maybe that is why they have given a thumbs-up signal to the set-up of a giant medicinal cannabis glasshouse. It is expected that this will fuel more jobs and boost up the flow of income in days to come.

Lawmakers will try to shutter unlicensed medical marijuana providers once and for all, as of June 1, under a bill now on a fast track in the Legislature. Earlier efforts to shut down providers who have not yet obtained licenses under Michigan’s new regulatory setup have been thwarted by court challenges.

Under a bill introduced Tuesday and approved by a House panel Wednesday in a 5-0 bipartisan vote, any dispensary that operates without a license as of June 1 will be ineligible to obtain a license for at least one year.

The bill now moves to the full House and has a good chance of passing there and in the Senate.

New Mexico Gov. Michelle Lujan Grisham signed legislation that makes some notable changes to the state’s medical marijuana law and could boost sales for MMJ businesses, including retailers and manufacturers.

The state’s health department will have to draft regulations for some of the new rules, according to the New Mexico Political Report.

A dozen Ontario cannabis retailers are being financially penalized for failing to open their stores at the beginning of this month.

The Alcohol and Gaming Commission, which held a lottery to determine who could apply for store licences, had previously announced a system of escalating penalties for the province’s 25 pot shops if they weren’t able to start serving customers by April 1.

Stores that missed the deadline would see the commission draw down $12,500 on a $50,000 letter of credit, and would risk losing the entire amount if they still weren’t up and running by the end of the month.

Oregon has 1 Million Pounds of Unsold Cannabis, and it Reveals the State’s Marijuana-Surplus Problem

Oregon is producing more weed than it can sell. The cannabis industry has been part of the state’s identity, even before it was legalized. Now Oregonians are sitting on more than 1 million pounds of unsold product.

One tub of marijuana costs $20,000 in New York but costs only $7,000 in Oregon. If the marijuana is just as potent in either state, this “weed-surplus” problem brings up the question of whether Oregon has too much weed or not enough people to consume it.

“What we have is a market-access problem, and it’s a political problem,” Adam Smith, the founder and director of Craft Cannabis Alliance, said.

The Texas Residence Committee on Agriculture and Livestock unanimously authorized a bill Tuesday to establish a industrial hemp farming program in Texas. It will now advance to the Residence Calendars Committee to be scheduled for a vote of the complete Residence.