Aphria Announces Back to Back EU GMP Certifications, This Time for Aphria One

Both of Aphria’s newly obtained EU GMP certifications were issued by the Malta Medicines Authority which is known for having the most stringent qualification criteria in the European Union. With its new certification, the Aphria One facility is now able to ship bulk dried medical cannabis flower to all EU GMP certified facilities worldwide where it can be processed or packaged for sale in legally permitted jurisdictions.

Aphria One is an 87-acre campus that houses the company’s corporate headquarters and includes 1.1 million sq ft of premium greenhouse space. The Aphria One facility currently has an annual production capacity of 110,000 kg.

“We are pleased to receive EU GMP certification for our Aphria One facility which strengthens our international export capabilities. Looking ahead, we are excited by the momentum and expect to see acceleration in terms of both sales and profitability in the second half of fiscal 2020. We continue to believe the opportunities for long-term shareholder value creation are very strong in Canada and internationally,” stated Aphria CEO Irwin D. Simon.

This morning’s news served as the catalyst to cause APHA stock to break out from its Inverse Head and Shoulders reversal pattern. Shares of Aphria’s TSX listed stock closed trading today at $7.56 per share, up 8.78% with over 7 million shares changing hands. The company’s American listed NYSE shares closed the day up 7.33% at $5.71. Overseas in Germany, Aphria’s Frankfurt listed stock closed today’s trading session at $5.18 per share, up 6.98%.

As we discussed yesterday when we reviewed APHA’s stock chart, we informed our readers that the technical situation was very bullish and it was only a matter of days until APHA broke out from its reversal pattern. The announcement of Aphria’s second EU GMP certification provided the fuel needed for APHA to rise and close above the neckline of its Inverse Head and Shoulders chart formation. Today’s volume of more than 7 million shares could have been higher but was still an increase of 270% over Monday’s volume and up 50% from yesterday. As was the case with Canopy Growth’s (TSX: WEED) (NYSE: CGC) (FRA: 11L1) breakout from the same pattern last week, volume will likely increase again tomorrow and it’s also possible that APHA will briefly pullback at some point tomorrow to retest the neckline from the upside.

If all goes well, the neckline which previously served as resistance will now serve as the new support line. In Canopy’s case, WEED stock successfully tested the new support level the day after its breakout followed by a resumption of the move higher (see chart below). Look for volume on APHA to increase tomorrow as technical traders enter on a confirmed breakout. For those that missed today’s breakout, a pullback to test new support can also serve as a second chance opportunity to enter APHA before the stock resumes its new uptrend. Based on the formula for this specific type of technical chart pattern, APHA’s near term potential Price Target is $9.89, 30.82% above today’s close. 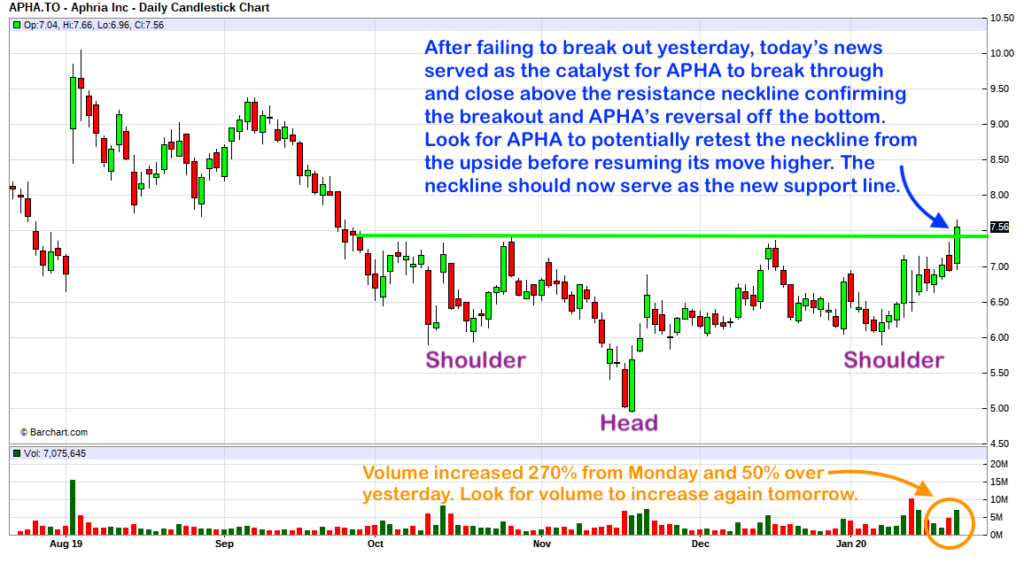 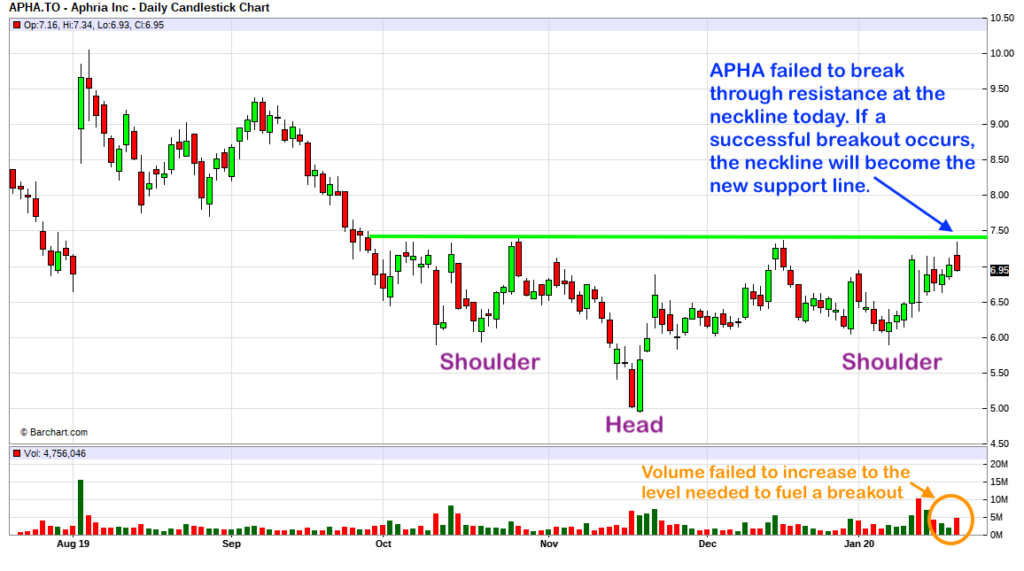 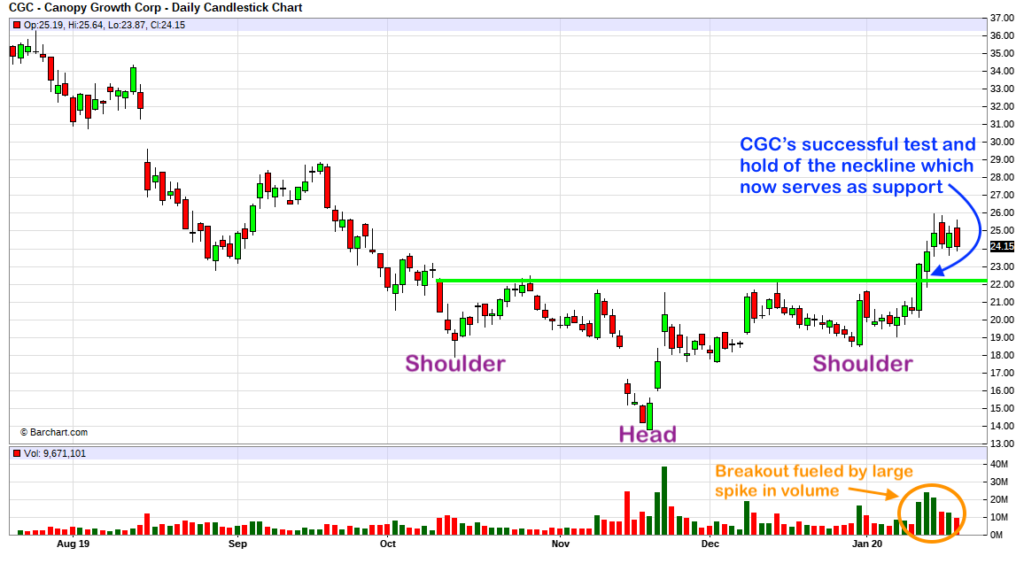