Will There Be a Legal Recreational Market for Psychedelics? Here's What Top Industry Executives Had to Say - The Cannabis Investor

Will There Be a Legal Recreational Market for Psychedelics? Here’s What Top Industry Executives Had to Say

Probably the most significant reason that psychedelics transitioned to a recreational substance can be traced to Dr. Timothy Leary and his work at Harvard University’s Psilocybin Project in 1960, where he studied the effects of psychedelics and promoted their recreational use until the project was terminated. The college dismissed him in the spring of 1963.

LSD was famously used by beat author Ken Kesey, first in 1960 as part of a government testing program, and later with a group of followers that included The Grateful Dead, who were supplied original formulations of LSD by Owsley “Bear” Stanley in 1965. Owsley was a wunderkind self-taught chemist from Los Angeles who was also credited with creating the beginning of the band’s famous “wall of sound” acoustic configuration and chided Kesey and others that LSD was too powerful to be abused as a recreational drug.

Legal psychedelics became part of the growing “experienced” counter-culture that developed in San Francisco in the 60s and eventually travelled across the country throughout the late 60s until LSD and others psychedelics (MDMA and Peyote) were criminalized by the Drug Enforcement Administration (DEA) as some of the worst drugs on the planet.

There has been a black market for psychedelics since then, with the growing popularity of psilocybin “magic” mushrooms becoming part of the resurgence in recreational psychedelic usage beginning in the late 70s; and MDMA, or Ecstasy, becoming a large part of the party music scene in the late 80s that continues to this day.

Unlike people who used LSD, which is still popular and available through black market sources, mushroom users experienced more of a “mellow” trip, where the kind of out of body, reality-bending experiences were less profound with this natural plant psychedelic than with pure LSD.

Recreational mushrooms instead delivered a feeling of euphoria, coupled with exaggerated colors and textures, that seemed to work better with cannabis. The popularity of mushrooms grew as the cannabis industry began its slow rise to legalized recreational sales beginning in 2014 in the U.S. 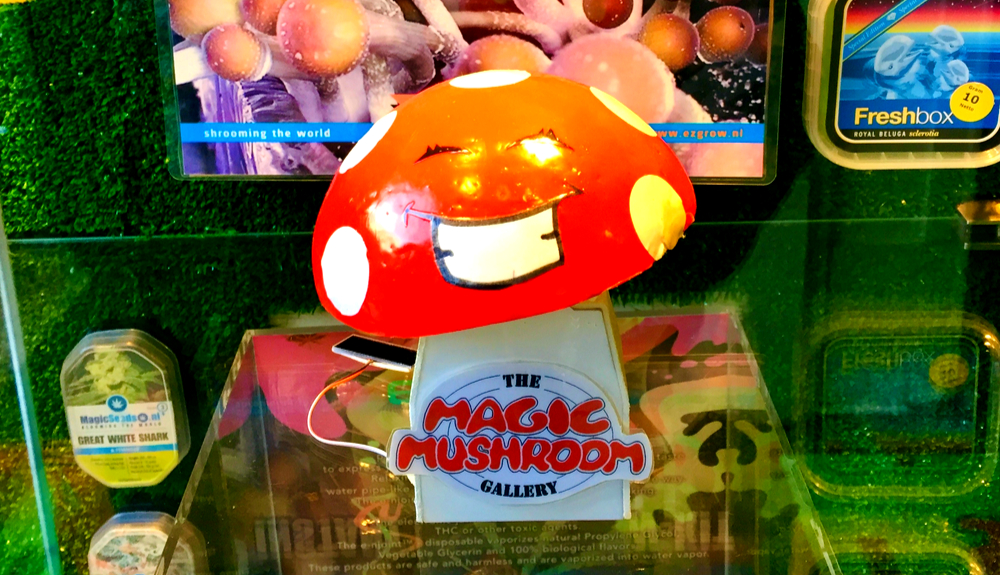 Today, with nearly every state having some form of legalized cannabis—medical, recreational and/or CBD—many of the same advocates who supported cannabis legalization are working to decriminalize psilocybin as a first step to legalizing them for medical use.

Denver became the first city to decriminalize possession of psilocybin in May 2019 and is now seeking to legalize and regulate a supply chain for medical use. Oakland and Santa Cruz followed.

Decriminalizing and legalization movements in Vermont, Oregon, Dallas, Washington, D.C., New York and Iowa are underway. Many other cities across the country are looking into what they want to do, according to a map from Decriminalize Nature, an organization created to support entheogenic plants and fungi through political and community organizing, education and advocacy.

Oregon’s proposed initiative for voters this November guards against recreational use, and legalizes psilocybin therapy under “a researched and regulated system” where psilocybin “will not be available to buy in stores or to take home; psilocybin products will not be branded or marketed to the general public, and strict regulations ensure psilocybin will only be used in licensed settings under the supervision of trained facilitators.” It advocates for the creation of an Oregon Psilocybin Advisory Board.

In an article for the Multidisciplinary Association for Psychedelic Studies (MAPS) Spring 2020 bulletin, Dr. David Bronner, a key advocate in the cannabis legalization efforts especially in Washington, D.C., pointed out the concern about the recreational use of psychedelics: “Leading therapists involved in FDA-reviewed studies properly caution that high dose psychedelic sessions for psychedelically naïve people without a trained facilitator present can be like birthing a baby without any help. You want to be sure that your midwife or doctor knows what he or she is doing and can help navigate through to a successful outcome.”

Today, psilocybin mushrooms are readily available to any grower who can grow their own in simple “set it and forget it” mushroom growing devices, as explained by Gary Costner, CEO of Myco Systemics, at the Psyched 2020 conference in May.

His company is working on myco-cultivation infrastructure featuring different grow devices that can grow a wide variety and quantities of mushrooms, including psilocybin, that Myco Systemics is marketing to the entry-level cultivators.

There are also internet sources of psychedelics, as there is for just about any product or service anyone wants.

Marik Hazan, who organized Psyched 2020 and is a principal at Tabula Rasa, a psychedelics investment organization, said that they have seen “dozens of dispensaries open up in the last few months that are working underground providing (mushrooms) illicitly” and are concerned about safety issues related to potential recreational use. “We are seeing tremendous activity bubbling up in the gray market,” he said. “There are significantly more individuals in the underground having access to these compounds. From the research we have done, we have seen that a third of cannabis dispensaries are pushing mushrooms sales.”

JR Rahn, co-founder, director and CEO of MindMed (NEO: MMED) (OTCQB: MMEDF) (FRA: BGHM), a psychedelic drug development company, said that they are not saying that they want to grow psilocybin and distribute it through a dispensary. “That is not our model. There is a difference between a patient and somebody who is just looking at psilocybin as a recreational weekend,” he said during his presentation at Psyched 2020. “Harm reduction needs to be prioritized, and we don’t want to see people hurting themselves with these substances. Whether they want to use them recreationally in their own homes, that’s up to them. We are just not going to do something as a company that would risk our reputation with the FDA.”

Christina Angermayer echoed that concern during the question-and-answer part of his presentation at the same conference. Angermayer is the founder of ATAI Life Sciences, a global biotech company builder. “I really do think that those drugs should not be legal in a commercial way. So I am pro-decriminalization and very worried about the open selling of it in a sort of commercial way. These are extremely powerful drugs when used right. People need psychedelics medicinally as maybe the one and only solution for a good life. These (compounds) were always ritualistic drugs, and should stay in an organized, ritualistic way.”

Perhaps the last and most definitive word on recreational use of psychedelics comes from Dr. Albert Hoffman, who cautioned about psychedelics as recreational substances in an interview for MAPS in 1998: “If it would be possible to stop their improper use, their misuse, then I think it would be possible to dispense them for medical use. But as long as they continue to be misused, and as long as people fail to truly understand psychedelics and continue to use them as pleasure drugs and fail to appreciate the very deep, deep, psychic experiences they may induce, then their medical use will be held back. Their use on the streets has been a problem for more than thirty years.”