Why Psychedelics Therapy for People of Color Needs Workable Solutions

Why are psychedelics therapies the realm of the privileged white class? That has been a question that more and more people are asking as they build their psychedelics businesses.

“Although people of color will have the same positive experiences with psychedelic medicines, their trauma doesn’t stay low like it does for white people,” NiCole Buchanan, an associate professor of psychology at Michigan State University said, speaking on a panel at the Interdisciplinary Conference on Psychedelic Research 2020 (ICPR 2020) held in late September. “They get sent back into environments of racial discrimination where they were traumatized.”

“It is possible that psychedelic therapy could be helpful for people of color,” he says. “But right now, we don’t have clinical trials on that.”

There is a lot to overcome and understand for psychedelic therapists and researchers when it comes to treating people of color and their issues, including race trauma.

People of color distrust the medical establishment. There is a history of racism and skepticism among people of color connected to mental health treatment that still lingers inside many people of color, but especially black people.

As reported in Counseling Today, an association publication, an early mental health reformer and co-founder of the first anti-slave society in the U.S., Benjamin Rush, who was called the “father of American psychiatry” and a signer of the Declaration of Independence, described “Negroes as suffering from a mental health affliction called “Negritude.”

In 1851, a prominent American physician Samuel Cartwright defined “drapetomania” as a treatable mental illness that caused black slaves to flee captivity. Cartwright also described “dysaethesia aethiopica,” an alleged mental illness that was the proposed cause of laziness, “rascality,” and “disrespect for the master’s property” among slaves. According to Cartwright, dysaethesia aethiopica was more prevalent among “free negroes.”

The Centers for Disease Control (CDC) reported that, between 1932 and 1972, 600 black men were used in a syphilis study conducted under the Public Health Service’s auspices working with the Tuskegee Institute, where they were infected with syphilis without their informed consent and without treating them.

That sort of “use the minority for lab experiments” thinking is still going on today, with reports of Hispanic women being forced to get hysterectomies without their consent while waiting to get into the country at the border.

But people of color need mental health help too—and perhaps more so than white people because their issues persist over time. 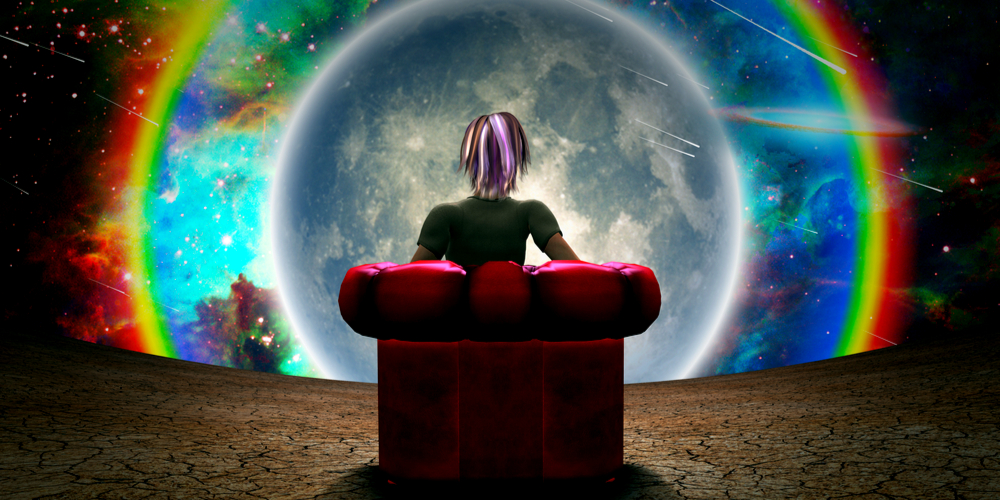 According to the American Psychiatric Association (APA), most racial/ethnic minority groups overall have similar—or in some cases, fewer—mental disorders than whites. But the consequences of mental illness in minorities may be long-lasting.

Black people with mental health conditions, particularly schizophrenia, bipolar disorders, and other psychoses, are more likely to be incarcerated than people of other races.

Ethnic/racial minorities often bear a disproportionately high burden of disability resulting from mental disorders. The APA found that although rates of depression are lower in blacks (24.6%) and Hispanics (19.6%) than in whites (34.7%), depression in blacks and Hispanics is likely to be more persistent.

The APA also noted a lack of cultural understanding by health care providers that may contribute to underdiagnosis and/or misdiagnosis of mental illness in people from racially/ethnically diverse populations. Factors contributing to these kinds of misdiagnoses include language differences between patient and provider, the stigma of mental illness among minority groups, and cultural presentation of symptoms.

A study reported that racial discrimination matters so profoundly for mental health because people of color experience exclusions that trigger feelings of a ‘defilement of self,’ which includes feelings of being over-scrutinized, overlooked, underappreciated, misunderstood and, disrespected. Importantly, experiences of discrimination violate cultural expectations of fairness, morality, dignity, and rights.

Racial discrimination and the trauma it causes has also been likened to a sort of post-traumatic stress disorder (PTSD).

Davis did a large survey in the U.S. with 517 of people of color. These were black people and different people of color, including native islanders, using LSD and MDMA to treat their depression, anxiety, and trauma. “One of the strongest effects we saw was for the racial trauma symptoms,” he said. “It wasn’t just that their trauma and mental health improved, but there were changes in attitudes about death and self and relationships. Most notably, they reported a positive change in their well-being and satisfaction. These people of color experienced a global positive improvement in their lives.”

He said that they would continue investigating this and hope to get funding for a trial of people of color.

Monnica Williams, an associate professor in the School of Psychology at the University of Ottawa, and a person of color wants people of color, especially black people, to have the same access as everyone else. “The problem is that so many people of color are traumatized due to racism already,” she said. “For many of us, when we take these psychedelic medicines, racial material comes up, and our cultural-historical traumas come up. And we need to know that the guides and therapists who are there on our journeys know how to support that experience.”

Once in the psychedelic session, she said, a person of color may not have the walls up to cope with racism. “You are vulnerable and open. And if that therapist or guide perpetuates racism against you when you are in the middle of trying to process racism, that can go straight to your heart and be really damaging. You can’t just get up and leave. You are stuck there.”

There are serious financial barriers for low-income people in getting mental health help that further contributes to a sense of classism for treatment.

The APA reports that mental disorders are among the topmost costly health conditions for adults 18 to 64 in the U.S., along with cancer and trauma-related disorders. Research sites in Montreal, San Francisco, Denver, and New York, with retreats in Jamaica and Amsterdam, all look to be created for people of means, with some charging significant treatment fees up to and beyond $500 a day.

According to Dr. Alex Belser, a Clinical Research Fellow and psychotherapy supervisor at Yale University, evidence of classism in psychedelics treatments is easy to see. “You have to look at the economic models for multi-site treatment centers,” he said during a panel at the ICPR 2020. “They are expensive as all get out. Basically, they can only be afforded by people who are wealthy enough, and who can pay out of pocket, because they are largely not covered by their healthcare insurer, at least in the U.S.,” he said. “On the other side of it, in the psychedelics mainstream and in the industry, there are multiple levels of privilege for white people to take risks and get major rewards in this space that others have been systematically denied.”

Williams was part of a recent study reported more about classicism: “People of color experience significant rates of psychological distress comparable to non-Hispanic whites, and experience significant barriers to treatment that likely increase the risk for long-term negative outcomes. It is therefore critical that novel treatment paradigms include minorities in all stages of research, thereby improving our understanding of efficacy in people of color and improves changes of treatment effectiveness in the community,” the study reported. “Only by including researchers with specific expertise in areas of cultural diversity and recruitment of people of color will the field be able to increase minority participation and begin to understand better the specific barriers that may be limiting minority participation.”

Williams’ study also found that the time commitment for long-term psychedelics treatment by participants who were people of color in a lower socio-economic class meant that they would need to take time off work or cover additional days of childcare to other studies. Psychedelic studies may include several meetings with a therapist in the initial stages, overnight visits, an integration session, and a follow-up session. “This effect may be exacerbated for marginalized groups, who have a lower average income than their white counterparts,” according to the study.