U.S. DOJ Puts Cannabis MSOs Under the Microscope, New IPOs Could be the Perfect Way to Play the Fall Recovery - The Cannabis Investor

U.S. DOJ Puts Cannabis MSOs Under the Microscope, New IPOs Could be the Perfect Way to Play the Fall Recovery

When Will Washington Get a Fresh Lens on Multi-State Cannabis M&A?

Multi-state operators, the most promising true national powers in the United States cannabis industry, have recently been dragged down by Federal antitrust reviews on pending mergers. Let’s get something straight: to operate in multiple states, mergers and acquisitions are necessary. For one company to grow organically (its business, not its crops–though that has to come, too) to match the burgeoning demand of the American cannabis industry is just too difficult, and the country is too large for a single operator to expand nationally and maintain stability.

It’s a better bet for corporate leaders, boards, and investors to go national by finding strategic alliances that drive shareholder value and ultimately efficiencies that get customers the best product at the best price. It’s a virtuous cycle everyone should be happy to see. But as is often the case in American business, when people start to smile, the feds from Washington, DC come crashing through the door.

The U.S. Department of Justice (DOJ) is putting the screws to several pending deals encompassing Curaleaf Holdings (CSE: CURA) (OTCQX: CURLF), Cresco Labs (CSE: CL) (OTCQX: CRLBF) of Illinois, and Arizona-based Harvest Health & Recreation (CSE: HARV) (OTCQX: HRVSF), among others. The government is asking for information not once, but twice in some cases, dragging down companies at a time when they’re looking to soar higher after a merger brings efficiency and expansion.

Cresco Labs has an $823 million acquisition of Origin House (CSE: OH) (OTCQX: ORHOF) hung up in a second Department of Justice review, and the stock has slid steadily downward since the announcement of the additional scrutiny. The pending DOJ reviews have also weighed heavily on the U.S. cannabis sector as a whole as investor uncertainty continues to rise.

Antitrust reviews are good for oil companies, telecommunications operators, and other companies where material damage will be done on a wide scale to the U.S. household wallet when it comes time to pay for things families cannot go without. That’s not the case for weed, though, and the intrusion into national expansion of these companies compounds the difficulty that already surrounds these firms when it comes to the legal risk they have to navigate. 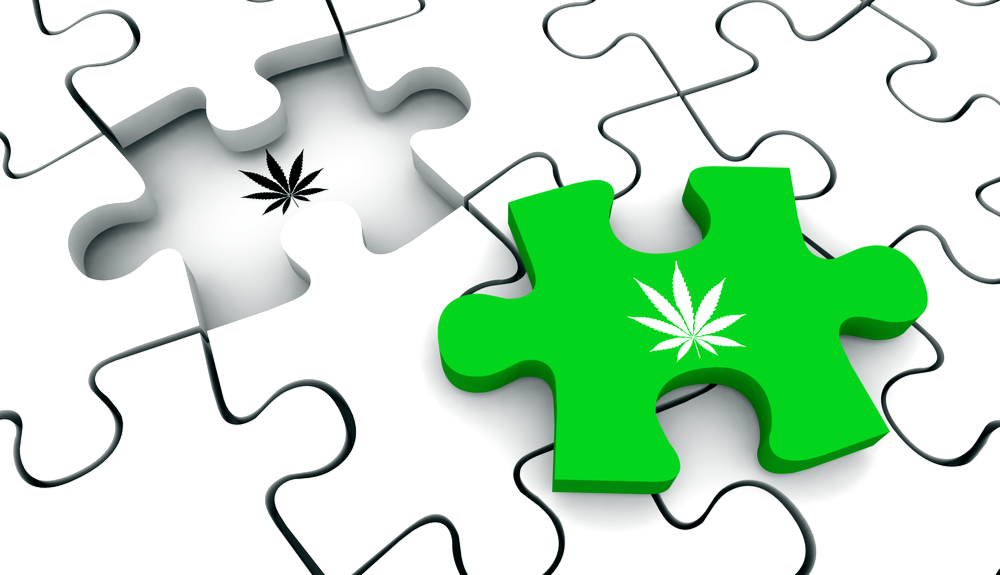 Indeed, it is the diversity and hodge-podge nature of state cannabis legislation that brings into focus the need and advantage of shaking hands across state lines in order to unlock value. It is ironic and unfortunate that the government has perked up to what it sees as the needs of cannabis consumers at this regulatory checkpoint but not when it comes to normalizing transactions, ensuring safe access to product, and finally forcing criminal gangs out of the cannabis business through legalization.

The Department of Justice normally requests supplemental information about only one in every 20 merger deals it reviews, but they seem to be issuing second requests more frequently for cannabis deals. To comply with these requests costs companies months of time and millions of dollars, leaving shareholders, employees, and everyone the company does business with in suspense and uncertainty. The acquirer and the target company have to decide whether the ultimate synergies they unlock are worth the trouble. As we see progress in Congress like the SAFE Banking Act, hopefully, the DOJ will also get its act together and allow multi-state operators to evolve naturally and stop spooking the market.

As you think about where to allocate capital for an autumn recovery, look at coming IPOs, especially on the multi-state side of the cannabis industry. A pullback from the tight control we’re seeing now could leave new listings fresh and uncontaminated by the fear and hesitancy that has hit so many stocks under the Washington microscope.

One such company, Red White & Bloom (CSE: RWB | IPO coming soon), is all set for its initial public offering, and the possible timing of that IPO could align well with a restoration of excitement about multi-state operators once the antitrust storm blows over. In late May of this year, RWB announced a deal to acquire the world’s largest indoor hemp facility. Prior to that, Red White & Bloom struck a deal to merge with Tidal Royalty (CSE: RLTY.U) (OTC: TDRYF) to create one of the largest U.S. multi-state operators to date.

We anticipate the announcement of the new combined entity’s IPO date to happen in the very near future. Any potential delays in this IPO to date have turned out to be a blessing in disguise as going public in a soft market is less than ideal. An IPO in the fall season could align perfectly with a large reversal in cannabis equities.

Hopefully, for all involved, we are about to turn a corner once and for all when it comes to the United States Government’s understanding of the cannabis business.