U.S. Cannabis Legalization: Here's Why a Record Number of States Could Legalize Marijuana in 2021 - The Cannabis Investor

U.S. Cannabis Legalization: Here’s Why a Record Number of States Could Legalize Marijuana in 2021

Industry experts believe the actions by states to reduce criminal penalties for cannabis possession could add to the momentum for nationwide cannabis legalization, and that a federally legalized cannabis industry could be a powerful engine for growth in the struggling U.S. economy.

“I expect a record number of states to legalize marijuana in 2021,” explains Karen O’Keefe, Director of State Policies for the Marijuana Policy Project (MPP). “In part, due to the financial pressures, along with the racial injustice imperative to reduce unnecessary police-civilian interactions.”

In Nevada, more than 15,500 individuals who faced punishment for carrying less than a single ounce of marijuana were pardoned.

“Today is a historic day for those who were convicted of what has long been considered a trivial crime, and is now legal under Nevada law,” explains Gov. Steve Sisolak, Chair of The Nevada Board of Pardons Commissioners. “Many Nevadans have had these minor offences remain on their records, in some cases as a felony. This resolution aims to correct that and fully restore any rights lost as a result of these convictions.”

In Georgia, despite facing an uphill battle due to a Republican-controlled General Assembly, lawmakers put decriminalization on a comprehensive policing reform bill.

“Cannabis is used as a pretext for thousands of police stops that happen daily in communities of color,” explains Karen O’Keefe. “Removing cannabis as a justification for police interaction is a reform urgently needed to address systemic racism and abusive policing.”

Legislation to advance decriminalization is also developing in New Jersey, where lawmakers are seeking to replace arrests for possession of up to two ounces of cannabis with a $50 fine.

“New Jersey is being really progressive in starting this conversation,” says DeVaughn Ward of the Marijuana Policy Project. “At two ounces, it would still be progress for the region. The reality is that for every increase is another life that could potentially be saved; somebody that could not be forced to encounter law enforcement.”

In Colorado, lawmakers are working to amend a bill intended to diversify the state’s legal marijuana industry, such that Democratic Governor Jared Polis would be allowed to remove low-level cannabis convictions for residents.

Lastly, Virginia Governor Ralph Northam has signed a piece of legislation that will decriminalize cannabis possession as of July 1, 2020. 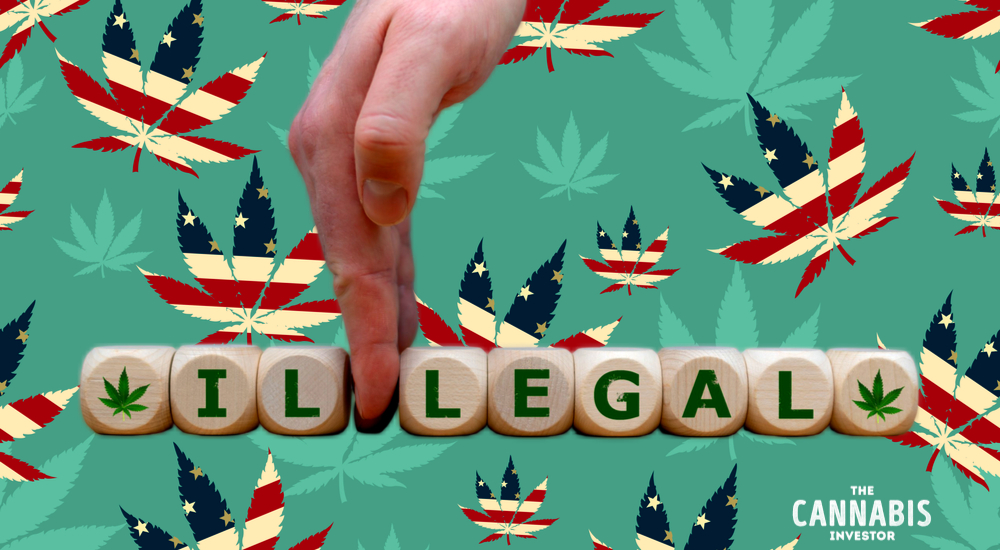 Non-violent cannabis offences: do they warrant imprisonment? Increasingly, voices in the U.S. are saying ‘no.’ Social justice and social equity are top-of-mind, and many influential voices are calling for tax revenue to be redirected towards communities disadvantaged by the war on drugs.

“Equity is something that should not be an afterthought,” explains Amber Littlejohn, Senior Policy Adviser at the Minority Cannabis Business Association.

Even Smart Approaches to Marijuana, an organization that’s opposed to full-scale marijuana legalization, has expressed support for the recent calls to decriminalize possession of small amounts of cannabis.

Advocates for cannabis legalization have long spoken about the need to right past wrongs (especially regarding imprisonment for non-violent possession) by undermining the illegal market and generating much-needed tax revenue.

In the current climate, these calls for legal, social, and economic reform are only growing louder.

“At the end of the day, economics talk and jobs talk,” said Jessica Billingsley, CEO of Akerna, the self-proclaimed first cannabis compliance technology company to be traded on NASDAQ stock exchange. “I truly believe we’re going to see some very meaningful and important movement coming out of this as states and governors look for a way to bolster their economy.”

According to data from BDS Analytics, which track dispensary sales, cannabis sales from 2019 in states where it’s legal totalled approximately $15 billion, and they’re expected to surpass $30 billion by 2024. And according to Leafly, the legal cannabis industry in the U.S. accounted for roughly 243,700 full-time jobs at the beginning of 2020.

So here’s where we’re at with legal cannabis: The economy stands to win, the disadvantaged in society stand to receive some long-overdue justice from legal reform, and an exploding number of U.S. citizens are using the plant for a range of recreational and medical reasons.

Is the legal marijuana industry in the United States about to have its most significant moment yet? Only time will tell but it appears so.

In addition to more states legalizing, one thing has become crystal clear, federal cannabis legalization is inevitable and could happen sooner than previously thought.

For those looking to participate in this once in a lifetime wealth creation opportunity, Click Here to View The Cannabis Investor’s Top U.S. Weed Stock Pick of 2020.