The Top 5 Celebrities Capitalizing on the Budding Cannabis Industry

Recreational cannabis use continues to become increasingly legalized in parts of North America and celebrities are the latest individuals capitalizing on the growing green economy. Firstly, by stepping out into the public eye as users of cannabis and now as creators of cannabis brands and products.

Here are five of the top celebrities who have entered the kushy industry and are making their mark:

Seth Rogen has always been a cannabis connoisseur, playing numerous pothead characters in beloved movies like Pineapple Express, Knocked Up, Superbad, and many more. Most recently, he’s teamed up with his childhood friend and screenwriter, Evan Goldberg, to create his latest venture, recreational cannabis brand, Houseplant. According to this recent press release, Canopy Growth Corp. has acquired a 25% stake in Houseplant, in addition to investing working capital. Houseplant will lean on Canopy Growth Corp. for production and distribution of their cannabis products. The company plans to launch exclusively in Canada in the coming months and will be selling strain-specific experiences. Rogen and Goldberg have been developing the products for half a decade.

Martha Stewart is cooking up something new and it smells a lot like cannabis. No, you aren’t smoking something, you read that right. A household name in the world of food and lifestyle, Stewart is the latest to join the cannabis craze. Stewart has recently teamed up with the Canadian company, Canopy Growth Corp. as an advisor. In the official press release, Stewart shares that she will bring her wealth of lifestyle knowledge to assist with the development and brand positioning of a new line of lifestyle cannabis products, further exploring the effectiveness of CBD and other cannabinoids in improving the lives of both humans and animals. As stated by Stewart in the press release, “I’m especially looking forward to our first collaboration together, which will offer sensible products for people’s beloved pets”

Former heavyweight boxing champion, Mike Tyson, has thrown his hat in the cannabis ring. Tyson has previously discussed his longtime use of cannabis to aid in mood regulation and pain management during his boxing career but is now becoming involved in the industry in an even bigger way. According to an exclusive report by The Blast, in early 2018, Tyson broke ground on a 40-acre marijuana ranch built on undeveloped California City lands, named the Tyson Ranch. The resort will produce high-quality strains of cannabis and use cutting edge technology to continue to research the health benefits and healing properties. The Tyson Ranch will use 20 acres of the land for cultivation facilities as well as build the Tyson Cultivation School to teach growers the latest trends in growing their ideal cannabis strains. As reported by The Blast, the ranch will consist of an edibles factory, amphitheater, premium campgrounds and cabins, hydro-feed plant and supply store, and extraction facility. There is no official date set for the opening. 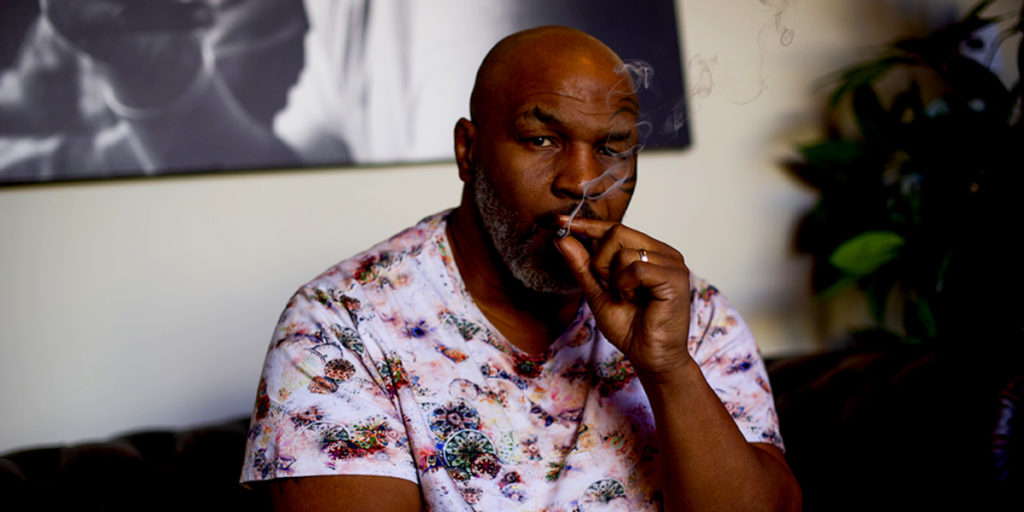 Read Article by Vegas Cannabis: From Ring to Relief – Sitting Down with Mike Tyson

Globally recognized as an avid cannabis smoker, Wiz Khalifa’s cannabis strain, Khalifa Kush has been somewhat of an urban legend. It can only be found in certain dispensaries in California and as a result, is in high demand. However, according to BNN, the Supreme Cannabis Company has partnered with Khalifa to bring his premium cannabis brand, Khalifa Kush to Canada and other international markets. The deal cost Supreme Cannabis Company $1 million dollars and 5.7 million in shares to receive exclusive distribution rights to Khalifa’s strain as well as consulting for the next three years. The development of product offerings from the company in Canada will include pre-rolls, extracts, capsules, and cannabis oils.

No stranger to the world of cannabis is rapper, Snoop Dogg. According to the official press release, since 2016 Snoop has partnered with Tweed Inc. (a subsidiary of Canopy Growth Corp.) to develop diverse cannabis strains to be sold in Canada. Starting with three whole-flower dried strains and diversifying to include a range from high CBD to mid and high range THC options. The product line is called Leafs by Snoop. As Snoop says in the press release, “Like hip-hop, cannabis is as much a lifestyle as it is a culture. Leafs By Snoop is an expression of my experience with that culture over decades on the scene”.