This is the question behind the concept of medicalization, defined in one study as “the shaping of human problems as specifically medical in nature, in order that they can be studied, diagnosed, treated, and prevented as such.”

The International Epidemiological Association defines medicalization as “the process by which problems traditionally considered nonmedical come to be defined and treated as medical issues. The process of identification of a personal or social condition as a medical issue subject to medical intervention. The expansion of a medical profession’s influence and authority into the domains of everyday existence.”

Some call medicalization “disease mongering,” or the for-profit commercial medicine’s way of spreading the fear through fact-challenged media that there are more diseases out there that more people either knowingly or unknowingly have, for which they should be seeking pharmaceutical assistance.

Medicalization is a way in which the modern medicine setting has expanded in recent years and now covers many problems, “which previously were not considered medical entities,” according to an article by Richard Meneu, a researcher with the Fundacion Instituto de Investigacion en Servicios de Salud, Spain. “This change in the concept of health has finally led to redefine as diseases, many conditions that were previously considered social phenomena or psychological situations.”

These include such areas as treatment-resistant depression, autism, obesity, and addiction, among others.

Medicalization has actually contributed to the creation of diseases or disorders, such as Attention Deficit Hyperactivity Disorder (ADHD), post-traumatic stress disorder (PTSD), and chronic fatigue syndrome—all of which now have companies creating psychedelic drug therapies and treatments.

Researchers have been developing psychedelics-assisted psychotherapy as new and novel ways of modern psychiatry that psychiatrists are not necessarily abiding by—patients just taking a drug instead of going through ongoing psychoanalysis means less personal monitoring, less truly helpful interaction, and perhaps, a less meaningful approach to dealing with their issues. But is that a valid point?

There have been dozens of studies and papers written about medicalization since the 1970s, many pointing out the problems with this societal shift. Peter Conrad, Professor Emeritus of Sociology at Brandeis University, one of the leading authors of studies about medicalization, argues that there have been three major changes in medical knowledge driving medicalization: biotechnology (especially the pharmaceutical industry and genetics), consumers, and managed care. “Doctors are still gatekeepers for medical treatment, but their role has become more subordinate in the expansion or contraction of medicalization. Medicalization is now more driven by commercial and market interests than by professional claims-makers,” he wrote.

The psychedelics industry has found itself in the crosshairs of the medicalization discussion—is this just another play on people’s paranoia? Just another commercial medicine play to capitalize on that paranoia? Or are these developing psychedelic therapies actually worth the support of doctors and psychiatrists because they do represent real change? 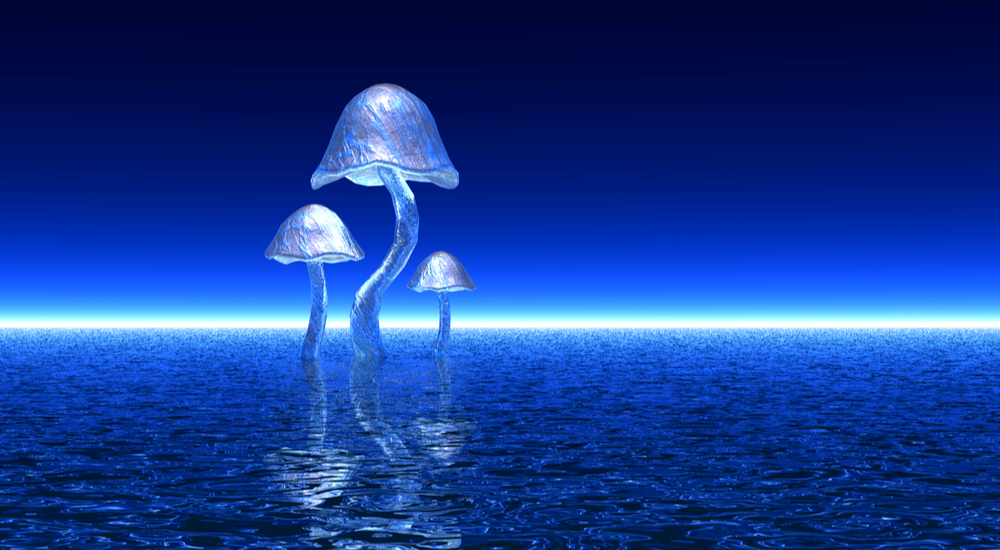 Tehseen Noorani, an honorary fellow in the Department of Anthropology at Durham University, wrote that the insistence by those who “wish to develop scalable psychedelic-assisted therapies on the prioritization of safety, quality of service provision, and commitment to broad accessibility remains in tension with profit-oriented imperatives.”

Ivan Illich, sociologist, theologian, and historian, wrote in his 1975 book Medical Nemesis, that the medical establishment has “become a major threat to health,” and that, in developed countries, the obsession with having perfect health has become “the prevailing pathogenic factor. This is a clear sign of the shift occurring on the driver of medicalization.”

There have been developments of approaches intended to exceed or extend the paradigm of medicalization, Conrad writes, and that “pharmaceuticalization” (the translation or transformation of human conditions, capabilities and capacities into opportunities for pharmaceutical intervention) is also coming into play.

The problem with the current state of medicalization is that people tend to now overdo the number and kind of medicines they use, and physicians tend to overdiagnose conditions because now there are medicines available to treat more conditions.

Some are real, and some are media-hyped with no real medical fix for “medical” problems, such as ageing (Acarbose) and memory loss (Prevagen).

And ironically, that overdiagnosis, that overuse of medicines, has given rise to more medical interest in psychedelics and other plant-based medications that may be just the silver bullet physicians and their patients are looking for.

Patients addicted to opioids to treat their pain? There is a psychedelic or plant-based drug therapy to not only treat their pain but the addiction from opioids (such as Ibogaine). Patients with serious depression issues taking drugs like Prozac almost daily and becoming dependent on them? There is a psychedelic drug therapy for that (such as Psilocybin), which not only helps the patient deal with that depression but can actually create a way out of their depressive state for years to come—or even for the rest of their lives.

Because of these new (and ongoing) discoveries, the psychedelics industry has found itself in the crosshairs of the medicalization discussion, trying to carefully manage the sometimes inflamed media reports about new therapies, and the “revolutionary breakthrough” aspects of certain psychedelics that tend to happen any time a large pharmaceutical company or investor community decide to dump millions of dollars into the research and development of a new psychedelic drug therapy.

If not managed correctly by the companies and individuals through their media efforts, these announcements have a sort of adverse patient media conditioning effect typically cited as the downside of medicalization.

Dr. Richard Birrer, with the Cornell University School of Medicine, and Dr. Yasuharu Tokuda, with the Japan Community Healthcare Organization, caution that, while research is the force that has advanced medicine to its current state, it should always be driven by the singular goal of service to patients and society. “Doctors should constantly question themselves and analyze their true motives based on principles of professionalism, so should reviewers, publishers, and regulators,” they wrote in a study. “Physician leaders should assume the mantle of public guardians policing their ranks for ulterior motives.

Disclosures should be full and meaningful. Our leaders should serve notice to industry that the medical profession will resist attempts to corrupt it, that doctors are proud of their public persona, and that they will do the utmost in their power to continue to deserve the trust placed in them.”

Psychedelics have entered that age of better, more informed clinical studies to help humankind deal with issues that have typically been difficult to treat, evidenced by the first-ever psychedelics research institution opened in January 2020: the Johns Hopkins Center for Psychedelic and Consciousness Research.

That organization and others like it have backed up both the promise and benefit of psychedelics as a reliable treatment for mental disorders that have not been available before. They truly are revolutionary.

Medicalization is now transitioning into a good thing in society, driven by the evolution of better science-driven medicine in general, which includes more clinically-studied psychedelics-combined psychotherapy.

Bjorn Hofmann, a researcher at the Institute of Health and Society in Oslo, Norway, argues that medicalization is expanding, encompassing the more “technical” aspects of overdiagnosis, while overdiagnosis is becoming more ideologized. “Moreover, with new trends in modern medicine, such as P4 (preventive, predictive, personal, and participatory) medicine, medicalization will become all-encompassing, while overdiagnosis more or less may dissolve. In the end, they may converge in some total ‘iatrogenization.’ In doing so, the concepts may lose their precision and critical sting.”

Experts and researchers have been sounding off recently about the medicalization of psychedelics, most recently at the PsyTech Virtual Summit in May.

“What needs to happen is more of a dialogue globally on why these psychedelics can be medicines and why they can be beneficial to society, based on science and data,” JR Rahn, founder and CEO of MindMed (NEO: MMED) (OTCQB: MMEDF) (FRA: BGHM), said. “Data is the key. I think psychedelics have potential, but they are still far under-researched and underfunded. The industry needs institutional capital to develop them into medicines.”

He said that old medicines such as methadone used to treat addiction (where Ibogaine has shown real promise) are “ripe for disruption. And we hope to disrupt them.”

Rick Doblin, founder and executive director of the Multidisciplinary Association for Psychedelic Studies (MAPS), said that psychedelics legalization will follow medicalization, as it did with cannabis. “We will call it licensed legalization, and hope to have clinics set up and operating by 2035.”

Dr. Jeffrey Kamlet, chief medical officer for Tristar Wellness, points out that the U.S. model on pharmaceuticals is that no drug is a good drug unless you have to keep taking it. “Some in big pharma are saying that the best they can do is harm reduction with some of these drugs like. That is just not true. It is a lie.”

And finally, Dr. Ben Sessa, a senior research fellow for the Imperial College of London, said that when it comes to getting drugs licensed and approved, you have to jump through certain hoops. “If we don’t medicalize psychedelics, they are not going to be approved as medicines, and we won’t be able to use them on our patients.”