The Power and Influence of the Psychedelic Scientist Celebrity

With the global pandemic still raging on, becoming a divisive issue in the U.S. and other countries for a variety of reasons, everyone is looking for real science-based answers to help understand this profound change in how we live our lives.

While there are many wannabe scientists out there with flimsy credentials attempting to capitalize on this moment in medical history, others have emerged bringing real gravitas to the discussion by reporting on the scientific facts about COVID-19 on every major TV news outlet nearly every day.

Led by Dr. Anthony Fauci, the director of the National Institute of Allergy and Infectious Diseases (NIAID), the list of scientist celebrities include White House coronavirus task force coordinator Dr. Deborah Birx, the U.S. global AIDS coordinator, who was speaking at universities in Alabama and Mississippi in early September as infections mounted there;  Dr. Jay Redfield, director of the Center for Disease Control (CDC) who is a constant presence on TV news and CDC information shows—all reporting what is going on with the pandemic, all trusted sources pushing out facts to counter falsehoods, and now all familiar talking heads to every American TV news (and lifestyle) consumer.

Dr. Fauci recently told the NY Times that he was essentially “talking all day every day for six months” from February through July (before getting surgery on his vocal cords).

His celebrity status has taken off this year. He threw out the first pitch of the 2020 baseball season at the Nationals game in Washington, D.C.

Fauci celebrity swag is available, from socks to t-shirts to coffee mugs—including a best-selling bobblehead (multiple versions—including one of his pitch at the Nats game).

Fauci is a celebrity celebrated by other celebs. Joan Baez has drawn a portrait of him. He’s been interviewed by Julia Roberts and Jennifer Garner. Brad Pitt played him on a Saturday Night Live opening skit.

And there is a petition to make him the “sexiest man alive” for People magazine.

That scientist-as-celebrity appeal brought forward because of COVID-19 is becoming a key force driving development in the psychedelics industry.

More startups are looking to add a sort of instant credibility that a celebrity scientist brings to this new and emerging business that is focused exclusively on developing medical psychedelic drugs, inventing psychedelic therapeutic treatments, and creating a base of subject matter experts experienced in business development to work with government regulations and help counter stigma issues about psychedelics.

Nutt also serves as the Edmond J. Safra Professor of Neuropsychopharmacology and director of the neuropsychopharmacology unit in the Division of Brain Sciences at Imperial College London. In addition, Nutt is the founding chair of Drug Science (formerly the Independent Scientific Committee on Drugs, with access to regulators and lawmakers.

Nutt is a celebrity psychedelics scientist who has appeared on the BBC and does frequent public and medical community lectures. He was named one of the most important figures in British science.

Johnson is also a strategic addition to Awakn. He is a professor of Psychiatry and Behavioral Sciences at Johns Hopkins and one of the world’s most published scientists on the human effects of psychedelics.

Johnson has been working with psychedelics since 2004. He developed and published the first research on the psychedelic treatment for tobacco addiction and the largest study of psilocybin in treating cancer distress in 2016.

Johnson has regulatory influence as well, and his 2018 psilocybin abuse liability review recommended placement of psilocybin in the Drug Enforcement Administration’s (DEA) Schedule IV upon potential medical approval. Psilocybin is currently listed as a Schedule 1 drug.

Johnson joined three other scientists already working for Awakn, including Dr. Ben Sessa, the chief medical officer at Awakn. Dr. Sessa is a highly-regarded psychopharmacology researcher and author of the popular book explaining the rise of the psychedelics industry, “The Psychedelic Renaissance.”

Johnson’s addition to Awakn represents the company’s goals to achieve “strategic scientific counsel” as it implements its vision and strategy across three business lines of clinical research, therapeutic clinics and practitioner training.

Johnson and his research were featured in an episode of Breakthrough on the “National Geographic Channel,” produced by Ron Howard, and in Michael Pollan’s best-selling book, “How to Change Your Mind: What the New Science of Psychedelics Teaches Us About Consciousness, Dying, Addiction, Depression, and Transcendence.” 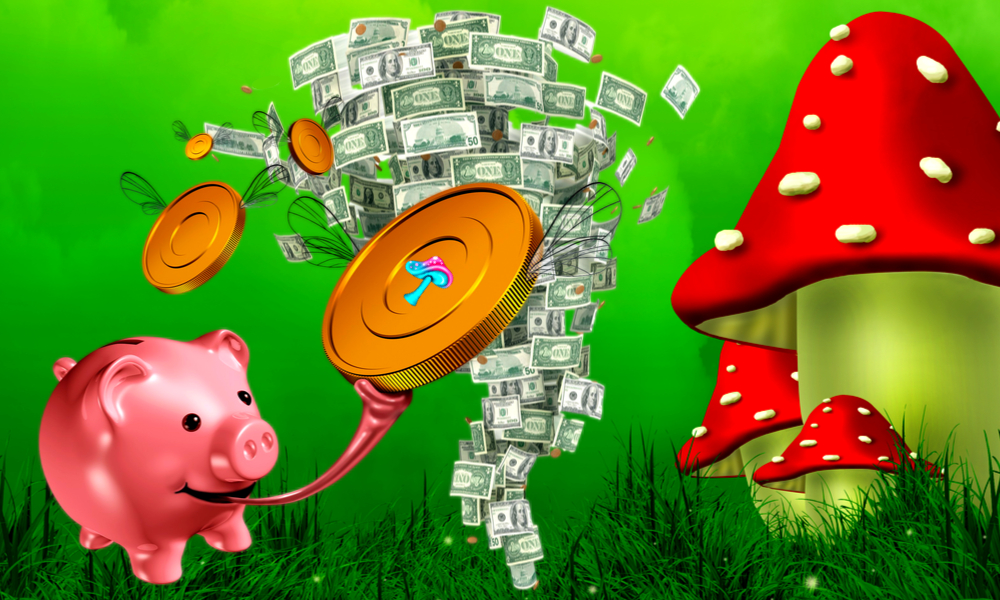 There are six doctors listed on the MindMed scientific advisory board with vast experience in regulatory issues and drug invention, including Dr. John Rotrosen, currently a professor of psychiatry with New York University’s Langone’s Department of Psychiatry who has served on the National Institute on Drug Abuse (NIDA) National Advisory Council on Drug Abuse and the National Institute of Mental Health (NIMH) National Advisory Mental Health Council; and Dr. Eric Edwards, MindMed co-founder, who has been named on over 150 issued and pending patent applications.

Another rising science celebrity is Dr. Roger McIntyre, the president and CEO of Champignon Brands (CSE: SHRM) (OTCQB: SHRMF) (FRA: 496), who has a list of impressive credentials for psychiatry and pharmacology work in Canada, the U.S., South Korea and China. Dr. McIntyre is a sought-after speaker and was named as one of the “World’s Most Influential Scientific Minds” from 2014 through 2019 by Clarivate Analytics, a science and research analytics company, for publishing the largest number of articles that rank among those most frequently cited by researchers globally in 21 broad fields of science and social science during the previous decade.

Dr. McIntyre is also regarded as the top depression researcher in the world according to the professional research website Expertscape.

These science celebrities represent just the sort of influence-peddling that a young startup in a new industry needs to garner because having a killer scientific advisory board is the springboard to recognition and credibility.

A typical scientific advisory board has no authority to make policies or direct management, according to an MIT newsletter. The company generally needs to give each member of a board a piece of the company, usually as a form of stock, or pay them consulting fees that can get stratospheric over time.

But a board of science celebrities has serious drawing power—media power, panache—that a good entrepreneur can use to raise capital, recruit researchers and other board members, and impress potential strategic partners.

Psychedelics companies know that drug development can take years and cost a company millions of dollars. It may bomb on rollout or have to be withdrawn at any stage of testing and development because of regulatory changes or testing failures. It’s incredibly risky.

But the fact that an advisory board has OKed a product going forward can calm those fears, and an entrepreneur can use their board’s seal of approval as proof that a drug or therapy is valid, or, using the influence of a well-connected advisory board member, that the FDA needs to put it on a fast-track approval review.

Some of these celebrity scientists could have high-level contacts with major pharmaceutical companies and other potential strategic partners, which is the case with Nutt.

So will we be seeing bobbleheads of Dr. Johnson, Rotrosen, Sessa, or McIntyre or any other psychedelics or life sciences company advisory board science officer anytime soon?

Maybe, because we as a society are demanding more from scientists, and now, more than ever, want to hear what they think about a variety of topics. Average citizens want more scientists to step out of their research labs and into the media spotlight. COVID-19 has created that expectation.

There’s a lot to do. Scientists as celebrities are charged with addressing a new societal change, according to an editorial published by the American Association for the Advancement of Science, stating that “members of the public are claiming a stronger role in both the regulation of science and the shaping of the research agenda.”

“We’ve been used to having science and technology evaluated primarily on the basis of potential risks and benefits. However, our recent experience suggests that a third, values-related dimension will influence the conduct and support of science in the future.”