The NFL has long been a staunch opponent of medical cannabis use. All players are tested for cannabis at least once per year, with positive results leading to steep fines, mandatory participation in substance abuse programs, and playing suspensions.

But it looks like that could all change — and soon.

On May 20, 2019, the NFL and the NFL Players’ Association (NFLPA) jointly announced an agreement to explore additional resources for pain management, mental health awareness, and support, and overall player wellness. In order to address questions around pain management, a Joint Pain Management Committee has been formed. The committee, which will consist of jointly-appointed healthcare and medical professionals, is tasked with creating consistent standards and policies for all NFL teams pertaining use of prescription medications, as well as researching alternative forms of pain management.

Before the kick-off of the 2019 NFL season, every team will be required to appoint a Pain Management Specialist. Additionally, the Joint Pain Management Committee will gather information from another new initiative — the Prescription Drug Monitoring Program — charged with monitoring medications prescribed to NFL players by team (and non-team) doctors.

While the league’s official position on cannabis hasn’t yet changed, the NFL and NFLPA have already begun discussing a new collective bargaining agreement — meaning that players could potentially turn to medical cannabis for pain management as early as the 2021 season.

“Very historic and proud day for the league and NFLPA to partner together on this,” says Allen Sills, Chief Medical Officer of the NFL. “We want to explore all of the strategies that help a player deal with acute and chronic pain. Some of those efforts require medication, some don’t.” 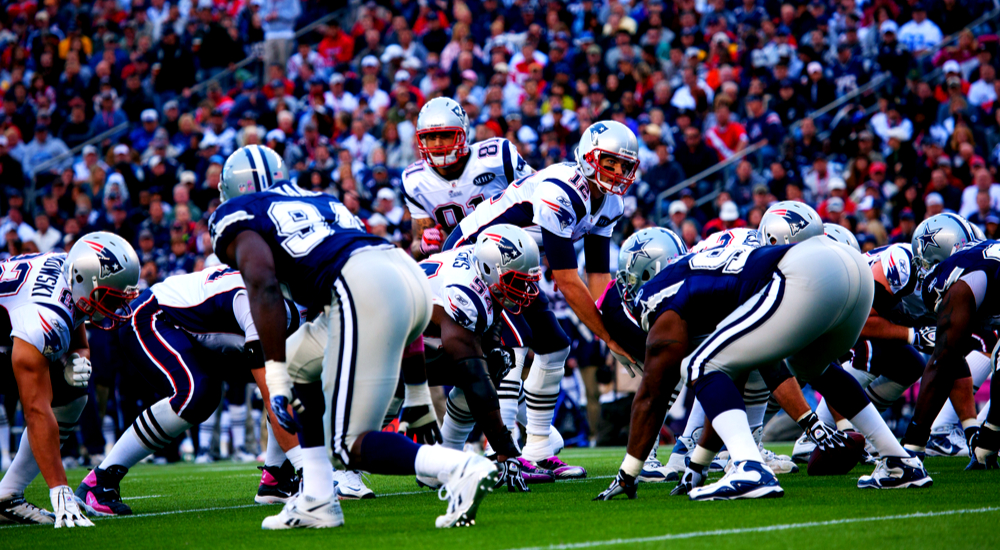 Cannabis is part — not all — of the picture

In case there was any doubt whether cannabis used would be part of what the newly-formed committee would be tackling, the NFL’s Chief Medical Officer left no room for ambiguity.

“With regard to marijuana, certainly there’s a lot of discussion about not only cannabis but cannabinoid compounds, CBD, and it’s something that health care providers are exploring outside of football,” says Sills. “That type of research will certainly be part of the mission of this committee and this program.”

However, Sills was also careful to point out that medical cannabis use is not the sole purpose of the new initiative.

“The goal of this effort is well beyond marijuana,” says Sills. “It’s to look at pain treatment.”

As part of the broader objective to improve upon pain management solutions and support player health more generally, the NFL and NFLPA have also announced the creation of a Comprehensive Mental Health and Wellness Committee. This committee plans to focus on mental health awareness and education for players (and their families), team staff, and coaches. Additionally, the committee will work closely with mental health and suicide prevention organizations.

Despite the league’s strict opposition to cannabis use, it’s becoming increasingly clear that NFL players often turn to the plant for pain relief. Following an indefinite suspension by the NFL on March 1, 2019, for repeated substance use violations, former Dallas Cowboy David Irving stepped away from football because of his strong opposition to the league’s position on cannabis.

“Eighty percent of each team participates in the use of medical marijuana — if not higher,” says Irving. “It’s literally our jobs to get concussions every single day. We’re going to get hurt, and then they offer us opioids. I don’t agree with that.”

Irving goes on to discuss how his suspension from the league has negatively impacted his reputation, his career, and earning potential.