Shares of FIRE Stock Downgraded By CIBC Amid Leadership Uncertainty

The company’s board of directors gave Moore the official title of interim President and Chief Executive Officer of Supreme Cannabis. The company is now in the process of searching for a permanent replacement and has hired a nationally recognized search firm to help find Supreme’s new CEO.

Michael La Brier, Chairman of the Supreme Cannabis board of directors issued the following statement in response to today’s news:

“Today, with Supreme Cannabis firmly established as one of the world’s fastest-growing, premium plant driven-lifestyle companies and our industry entering its second phase, the Board determined that the Company would benefit from leadership with the skills and experience to accelerate our growth and transformation into a leading cannabis CPG company. We are fortunate to have Colin Moore stepping up to serve as our Interim CEO and lead our efforts to drive long-term, profitable growth and shareholder value during this transitional period.”

“Colin’s 40 years of experience driving growth and efficiencies in branded, consumer-facing industries, including as President of Starbucks Coffee Canada, in addition to his deep knowledge of the business and strong ties with the management team, will be essential to accelerating our momentum during this important and transformative period,” added La Brier.

Colin Moore, the new interim President and CEO of Supreme Cannabis had the following to say:

“Supreme Cannabis has built a strong foundation for the future, including award-winning premium brands that are recognized coast-to-coast, industry-leading quality and dedication to operational excellence, and committed, talented people. Going forward, we have a tremendous opportunity to drive profitable growth and cash flow by expanding our market position across all market segments and with new strains and product forms. Greater efficiencies and speed to market will come by rightsizing our production, overhead and capital. As we begin the search for the Company’s next leader, I’m excited to get to work immediately on these priorities with a great team that is committed to delivering on Supreme Cannabis’s great potential.” 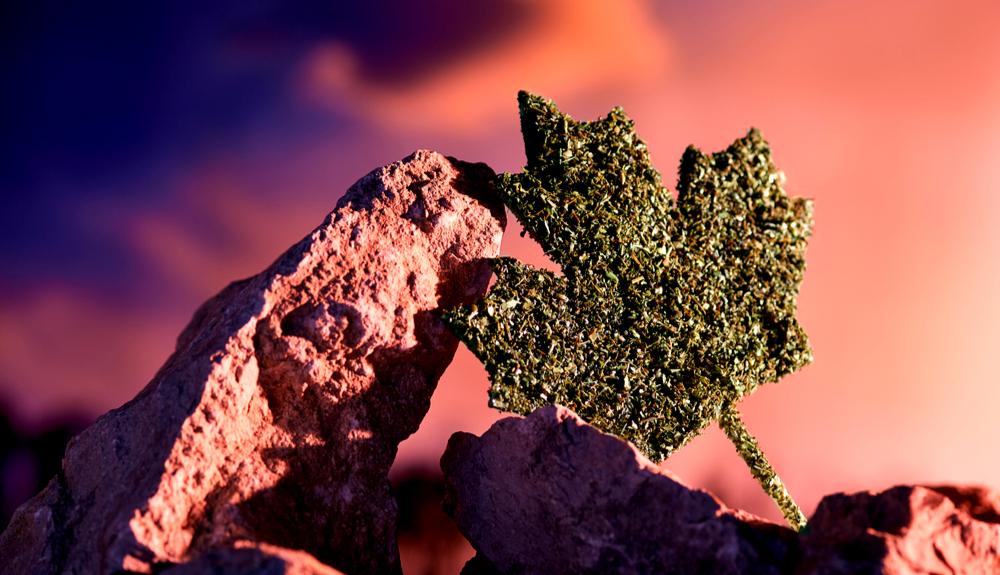 A day after the news broke of the sudden departure of Supreme’s CEO, analyst John Zamparo of CIBC World Markets downgraded the company’s stock. The CIBC analyst dropped FIRE stock from “Outperform” to “Neutral” citing increased uncertainty regarding the company’s leadership.

“[Yesterday’s] announcement from Supreme Cannabis that its CEO, Navdeep Dhaliwal, has departed the company likely portends upcoming turbulence, in our view. We also believe previously issued guidance looks unattainable given industry roadblocks, and discounting of existing products could suggest a lack of sell-through,” stated Zamparo.

Zamparo also lowered his price target on FIRE stock from $1.25 to $0.65 following his reduced fiscal year revenue forecast. The current consensus analyst price target on shares of Supreme Cannabis is $1.15.

“Executive turnover is not a new development in this industry, but it typically accompanies other disappointing news. Supreme has over the past few months added senior executives with relevant experience. But it’s hardly encouraging that going into Ontario’s store expansion and the launch of derivative products that the company’s CEO has abruptly exited. CEO departures rarely signify steady or positive short-term stock performance. The abruptness of Mr. Dhaliwal’s exit, combined with revenue guidance that looks unachievable as well as recent discounting of the company’s products leads us to a more cautious approach for both valuation and financial projections,” said Zamparo.

In response to today’s downgrade, shares of Supreme Cannabis’ TSX listed ‘FIRE stock’ closed trading today at $0.54 per share, down 11.48% on the day. With today’s close, shares of FIRE are already trading at a 16.92% discount to the CIBC analyst’s target price and 53.04% below the consensus analyst price target.

South of the border, the company’s U.S. OTC Markets listed ‘SPRWF stock’ closed today down 10.94% at $0.42 per share. Over on the Frankfurt Stock Exchange, Supreme’s German listed ’53S1 shares’ closed the day at $0.40, even on the session. 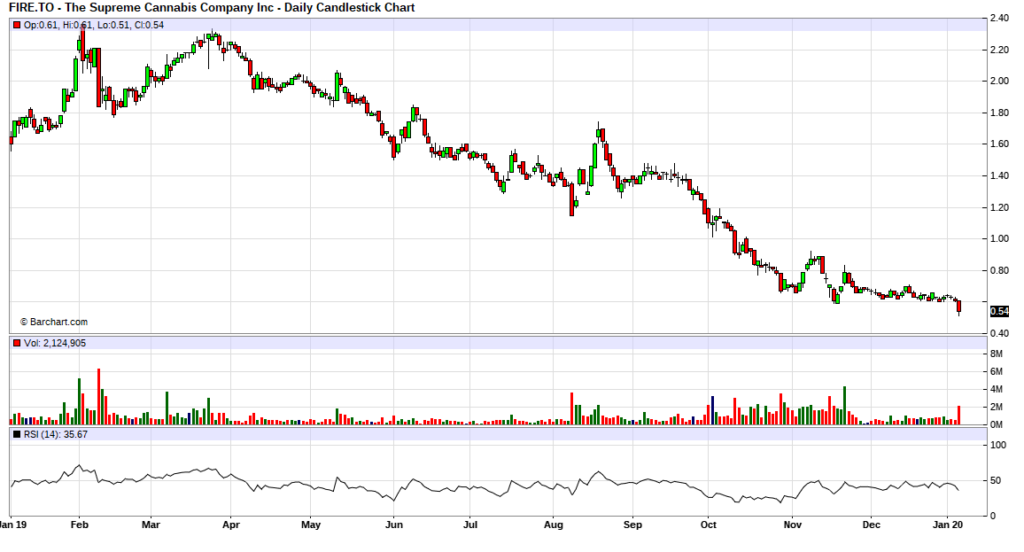