Psychedelics v. Cannabis: In Search of a Better Business Plan - The Cannabis Investor

Psychedelics v. Cannabis: In Search of a Better Business Plan

While there have been glimmers of an upturn recently in the cannabis industry, the drama of the business of selling a federally illegal cash crop continues. And there is little good news.

Big early-to-market noise-making cannabis companies – such as Tilray (NASDAQ: TLRY) (FRA: 2HQ), Canopy Growth (TSX: WEED) (NYSE: CGC) (FRA: 11L1), Aurora Cannabis (TSX: ACB) (NYSE: ACB) (FRA: 21P), MedMen (CSE: MMEN) (OTCQX: MMNFF) (FRA: 0JS) – have all crashed and burned over the last three years. It was the wild west when they started up their businesses, with made-up rules that kept changing how the game was played, barriers to success from the government man, and early victories that were just mirages.

It brought a bunch of smart people from all different business worlds together with just regular folks who wanted to explore what looked like a fun and yes, sexy, business, who all quickly engaged in bar brawls and gunfights and whatnot, throwing money around and burning bridges. Only the strong have survived.

Then the stranger in town, COVID-19, threw a joker into the deck and changed the game again.

The grim reality is that many of the bigger players have just a few short months of cash available, and the wreckage of their failed enterprises is stacking up.

High-flying Canopy Growth, one of the quickest out of the chute, shut down operations in Canada, Colombia and South Africa recently, becoming a poster child for going too fast too soon.

Another big cannabis industry player, MedMen, the so-called “Apple of Pot,” imploded as a result of a “living large” mentality among management, where the owners spent millions on personal items and created other misdeeds until it all caught up with them, as explained in a recent article in Politico.

The cannabis business has followed a sort of “high risk, high reward” Silicon Valley, venture capital model. And it hasn’t really worked all that well. 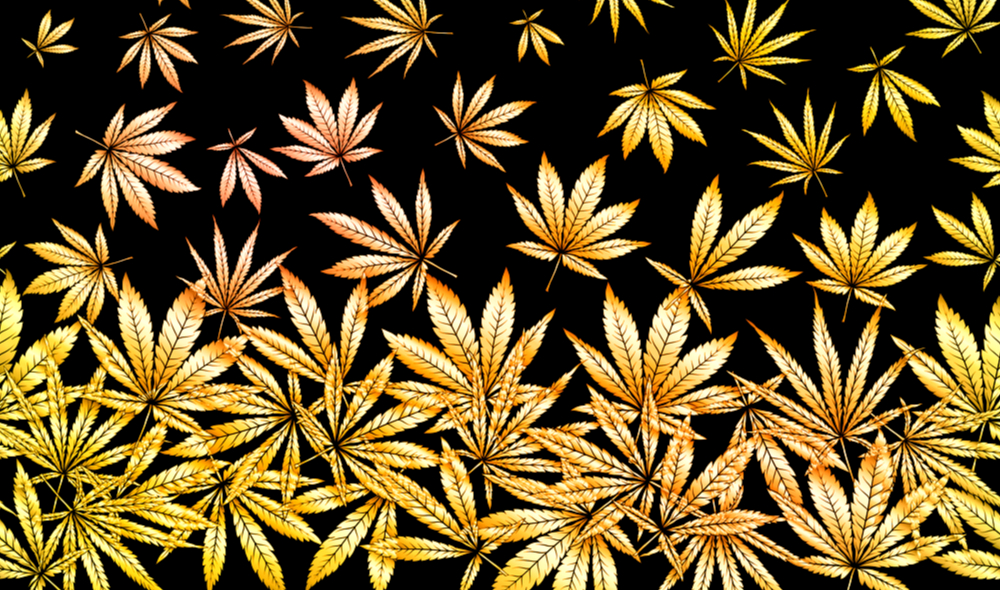 Enter psychedelics, with the advantage of hindsight seeing what canna-businesses did wrong with their own plant-based wellness product that had a recreational side to it which tended to scare off serious investors. One lesson learned.

The psychedelics business today is strictly about treating mental health—a serious problem around the world, where researchers are earnestly diving in deeper than ever before. According to a 2019 report from the Centers for Disease Control and Prevention, nearly 25 million adults have been taking antidepressants for at least two years, representing a 60 percent increase since 2010. Doctors want better therapies, and psychedelics fit the bill. The total market for psilocybin could be $34 billion by 2024, according to FN Media Group.

In sharp contrast to the early days of canna-business, the psychedelics industry is taking things a step at a time, doing more studies, finding out more about how psychedelics like psilocybin and ketamine and MDMA and LSD work to make a better human.

It’s academia’s baby for now while new formulations are being created and pathways to FDA approval are being carved out—encouraging only the high-dollar investors to get involved now to wait out what will come next (the common belief is that it will take 4-5 years for both FDA approvals and complete product development).

Investors are also putting money into research facilities at a rapid pace, such as the group of private investors who recently gave $17 million to Johns Hopkins to build the Center for Psychedelic and Consciousness Research.

A recent issue of the Journal of Psychopharmacology featured three articles on psychedelics. And there are new clinical trials into psilocybin underway now at the University of Miami, Johns Hopkins, NYU, Yale, Harvard University (home to Timothy Leary and the Harvard Psilocybin Project) Imperial College in London (which opened the first Centre for Psychedelic Research in 2019), UCLA, and the University of Zurich.

We are now in what the founder and executive director of Multidisciplinary Association for Psychedelic Studies (MAPS), Rick Doblin, calls a “global renaissance” of psychedelic research about new wellness treatments for the big three mental health issues: post-traumatic stress disorder (PTSD), depression and substance abuse.

Some of the early investors in this new space are cannabis investors. For example, Vancouver-based Hollister Biosciences (CSE: HOLL) (OTC: HSTRF) (FRA: HOB), a diversified cannabis branding company with products in over 220 dispensaries throughout California, bought AlphaMind Brands, a Canadian and U.S.-based growth stage company, that is developing a portfolio of certified legal mushroom-based natural health products, including exploring psilocybin-based pharmaceutical treatments.

The psychedelics industry has carefully and calmly quickened the business development on its own. 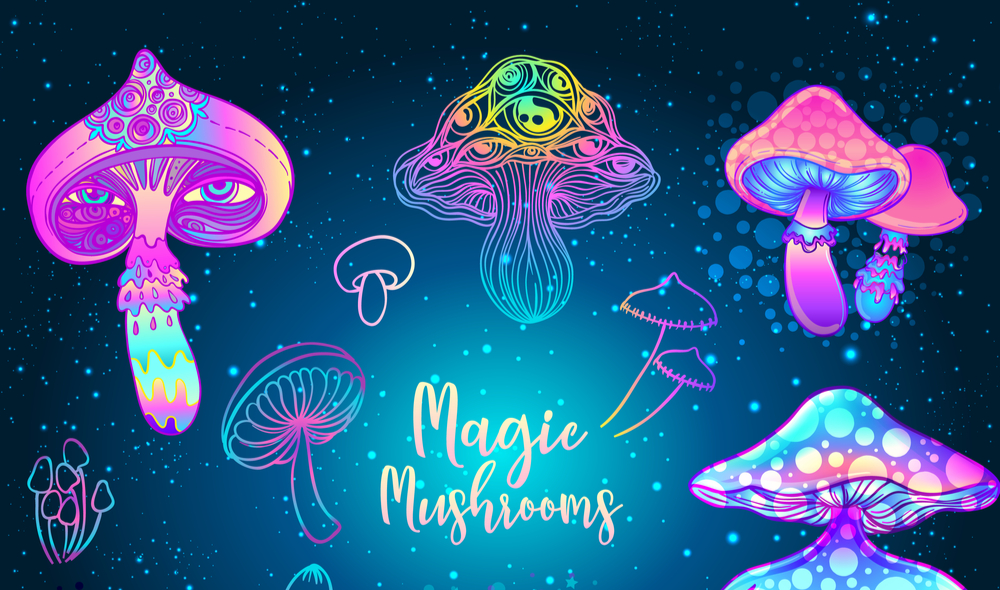 Champignon Brands (CSE: SHRM) (OTCQB: SHRMF) (FRA: 496), a research-driven company specializing in the formulation of a suite of medicinal mushrooms health products, including ketamine, for treating mental health issues such as PTSD, depression and substance disorders, is working with the University of Miami’s Miller School of Medicine to conduct preclinical studies and eventually human clinical trials. Champignon is on a tear, with acquisitions and product development announcements coming at a fast clip. The company has seen its Canadian listed ‘SHRM’ shares rise as much as 1,130.77% percent since its IPO in early March 2020.

Spravato, a nasal spray made with the drug Esketamine, a more potent form of ketamine, was approved for treating depression in 2019 by the FDA (which has also put it on the fast and breakthrough therapy pathway to expedite development) for a subsidiary of Johnson and Johnson, Janssen Pharmaceutical Companies. (Ketamine itself was approved by the FDA in 1970.)

Lastly, Champignon capped off an impressive month by reporting a $10 million bought deal private placement, and the appointment Dr. Roger McIntyre, the world’s number one depression researcher, as its new CEO. Dr. McIntyre is the founder and operator of the CRTCE clinic (Ketamine and Psilocybin), which Champignon recently purchased when it acquired AltMed.

Then there is MindMed (NEO: MMED) (OTCQB: MMEDF) (FRA: BGHM), the first publicly-listed psychedelic-focused pharmaceutical company, at a valuation of $50 million, which is set to conduct clinical trials of LSD microdosing for adult ADHD and an “antibiotic for addiction,” according to co-founder Jamon Rahn. The company scored a pre-funding round of $24.2 million in late February, and its stock shot up in April and continues to do well (although demonstrating some volatility recently).

Bruce Linton, one of the original cannabis cowboys, and now the ousted CEO of Canopy Growth and a known mover and shaker in the cannabis industry, is an investor in the MindMed. The company’s other high profile backer is Kevin O’Leary, also known as Mr. Wonderful on the hit ABC show Shark Tank.

ATAI, which completed a $24 million convertible note financing of its own last month, is backed by seed investor, PayPal co-founder and tech billionaire Peter Thiel. The two deals combined raised over $100 million, giving a clear signal that the industry is catching the eye of seasoned investors who are OK with a steady academia hand on the wheel of this particular bus.

In a March report by Prohibition Partners, “The Psychedelics as Medicine Report,” George Goldsmith, co-founder and CEO of Compass, was asked about the cannabis green rush compared to what is happening now in psychedelics: “There are those who are seeking opportunity and chasing profits, and this can sometimes put people at risk. Vaping is a recent example of this. The psychedelic ‘rush’ needs to be mitigated by responsibility, probity (i.e., strong more principles) and transparency. We need to do the hard work of research and collecting evidence.”

An article in the MAPS Spring 2020 bulletin stated that the organizations forming today will build the infrastructure which, three to five years from now, will be delivering psychedelic medicines to the world. “The footprints they leave along the way— their consciousness and intention, their methods and models, the blind spots and traumas brought by their leaders and perpetuated by the organizations—will grow in impact as they scale. Five years from now, these patterns will be etched into grooves. They will be the default mode network of the entire field.”

Also Read: Psychedelic Stocks May Be One of the Most Undervalued Opportunities, Here’s How to Play the Thriving New Sector

The Most Anticipated U.S. Weed IPO of 2020 is Drawing Near

The Wait is Nearly Over, TCI’s Weed IPO of 2020 is Almost Here