Initially, activists were hopeful that online signature collecting could potentially be permitted, especially given the current climate of physical isolation in light of COVID-19.

“We are extremely concerned that the ability to collect signatures on the petition will be adversely affected by the threat of the coronavirus,” states a letter from Decriminalize Nature DC “There is a very serious risk that a combination of public fear and containment measures will make the traditional signature collection a practical impossibility — thus depriving the voters of their fundamental right to make their voice heard through the initiative process.”

“For that reason,” continues the letter, “we respectfully request that you develop and sponsor emergency legislation to authorize the Board of Elections to provide for online collection of signatures on initiative petitions in the event of a public health emergency involving government measures that restrict interpersonal contact and public gatherings.”

Unfortunately, despite the reasonable request by Decriminalize Nature DC, government officials are not currently considering options to allow for digital signature collection. Furthermore, the District Council’s chairman has stated they would not place the Psychedelics initiative on the ballot without meeting the necessary signature count.

So, where does that leave psychedelics activists? 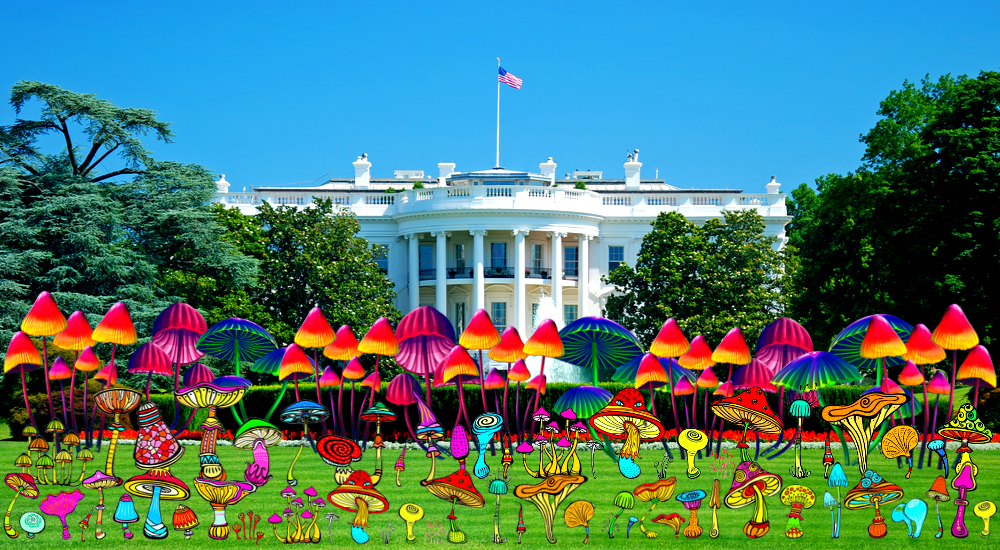 DC’s committed advocates are not giving up the fight. They’ve now pivoted to the idea of collecting signatures through micro-scale petitions in order to get the issue on the ballot.

This would mean physically mailing copies of the petition to supporters, who would be encouraged to collect signatures from friends, family members, roommates, and their immediate neighbours — and then return the signatures to campaign headquarters. Digital conveniences be damned — this is a return to grassroots, people-powered activism!

To determine the viability of the micro-scale idea, advocates have posted a ‘Ballot Initiative 81 Supporter Survey’ asking potential volunteers to provide estimates on numbers of signatures they feel they could collect in this manner, as well as their mailing address, should the campaign organizers decide to move forward with this approach.

With other options — traditional in-person gatherings, digital signature collection — are out of the question at the moment, the proposed micro-scale petition collection appears to be one of the last remaining options for the 2020 psychedelics ballot initiative. If the initiative gets included on the ballot — and if it gets passed — it would mean that a wide range of psychedelics are on par with DC’s least serious law enforcement priorities.

Decriminalize Nature DC is not the only group struggling at the moment to affect drug policy change at the local and state level.

In California, a campaign to decriminalize Psilocybin (i.e. Magic Mushrooms) is struggling to collect signatures and has also requested the allowance of electronic signature collection in order to qualify for the 2020 ballot. California activists have also recently released a video (with the help of filmmaker Kevin Smith) requesting officials to allow for the inclusion of digital signatures regarding the state’s adult-use cannabis initiative.

In Oregon, drug reform advocates pushing to decriminalize possession, as well as to legalize Psilocybin for therapeutic uses, have been forced to cancel in-person events because of the Coronavirus pandemic.

Signature-gathering efforts to legalize medicinal cannabis in Nebraska and Missouri are also dealing with the harsh realities of COVID-19.

In a rare bit of good news (remember good news?), psychedelics advocates in Arizona have announced that they’ve collected enough signatures to qualify for the state ballot in November.

Despite the Coronavirus disruption, the fight for sensible drug reform marches on!

Also Read: These 2 Companies Could Be Turning LSD, Magic Mushrooms, Ketamine and MDMA into the Next Blockbuster Drugs

Canopy Founder Bruce Linton and Billionaire “Mr. Wonderful” Kevin O’Leary, Are Going All in on What They Think is a Much Bigger Opportunity Than the Cannabis Boom