Psilocybin’s Curious Potential in a Viral Pandemic - The Cannabis Investor

Already, the U.S. Food and Drug Administration (FDA) has warned consumers to be on the lookout for fake tests, vaccines and treatment products, and has sent out notices to seven different organizations about fraudulent product claims, including the Jim Bakker Show (because of a product on their website said to treat, diagnose and cure COVID) and Herbal Amy, Inc. selling CBD and other herbs (because of misleading claims of their herbal product).

But then there are mushrooms, a relatively untapped resource for viral treatments, with some such as psilocybin having unusual properties for both mental and physical health. Because of COVID and the chase for a vaccine, more interest in what mushrooms can do is building.

People have turned to mushrooms for millennia as a way to battle all sorts of health issues. It’s an unusual animal-like plant that’s actually not really a plant—in fact, mushrooms eat dead plants—with a cell wall that acts as an exoskeleton on an insect, and a need to “breathe,” taking in oxygen and expelling carbon dioxide.

Researchers believe mushrooms share about 30% of our DNA, which intrigues researchers because it may help us discover how they can be used to treat viral disease.

In fact, according to scientific research from the North American Mycological Association, fungi have evolved numerous enzymes and secondary metabolites to deal with bacteria, microbes and viruses: “To the extent that many of our microbial enemies and friends are the same, there is the potential that (fungi) chemical compounds will be found to be useful in helping us survive similar assaults. Some fungi, those that enable us to prevail against bacterial infection, have already proven to be helpful to humans and other animals.”

One mushroom, Hericium Erinaceus or Lion’s Mane, has the potential to become a source of bio-active compounds to make drugs for dementia and Alzheimer’s and is being marketed today as an alternative ‘smart drug’ that enhances overall cognitive function.

One company promoting resources to study nootropics (drugs or supplements to improve cognitive function) such as Lion’s Mane, Braintropic, claims that the extract enhances the production of nerve growth factor (NGF), a protein that plays a critical role in the survival and function of neurons responsible for attention, arousal, motivation, memory, and consciousness.‍ Increased levels of NGF have been shown to enhance memory and learning. It may also have beneficial anticancer, antitumor, anti-inflammatory and antimicrobial functions, according to one study.

Another study demonstrated how a mushroom’s antiviral properties worked to help honeybees survive a highly infectious wing deformation virus that had been sweeping through global honey bee populations and contributed to recent declines in honey bee health. 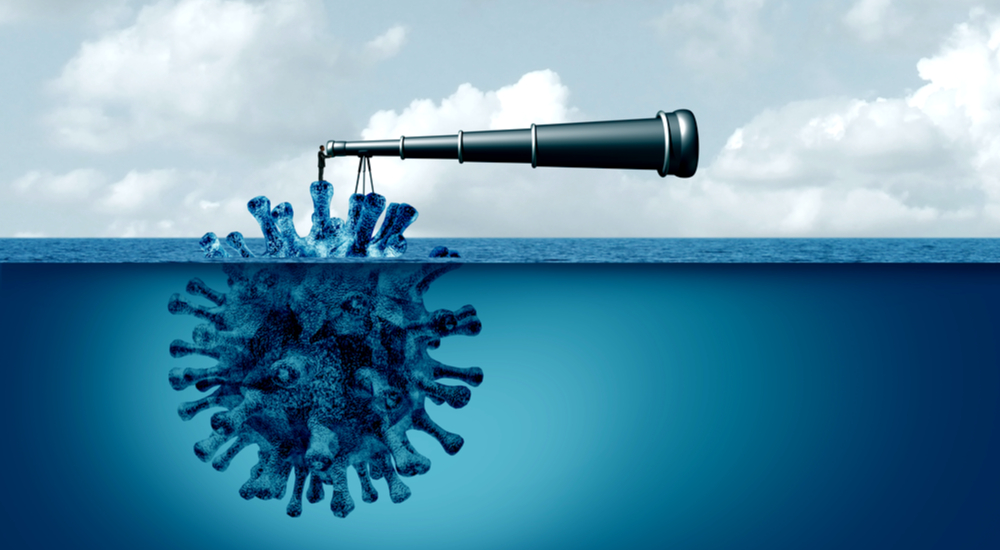 So What About Psilocybin and COVID-19?

First of all, there is no convincing research or data that any psychedelics can treat the physical symptoms of COVID. Yes, psychedelics can help a consumer deal better with anxieties, and depression, and other mental health issues that are on the increase during the pandemic. Researchers tracked a jump of 56% of Americans using LSD from 2015 to 2018, well before the pandemic, but possibly as a reaction to the stress and anxiety of societal changes even then.

And that is the real promise of psychedelics during this pandemic – not as an actual medicine to treat the virus, but as a way to rewire brains to deal with the uncertainty of the situation.

But there may be more to come with psilocybin and how it can help humans fight viruses, perhaps via a biosynthetic pathway of development like the one being used now by Denmark-based Octarine. That company has synthesized a “super cannabinoid” through an in-cell enzymatic platform that expands the chemical diversity of cannabinoids, allowing the production of superior molecules with improved chemical and pharmacokinetic properties.

Octarine is also working on psilocybin to find novel applications as pharmaceutical drugs.

Biosynthetic technology may be just the ticket to unlocking more of psilocybin’s secrets.

According to a report, while psilocybin is an interesting and pharmaceutically relevant molecule in its own right, one of the unique features of synthetic biology is the ability to “mix and match” enzymes to create new interesting molecules.

Biotechnological production of psilocybin offers the high yields and purity required for pharmaceutical applications while allowing for a simple and cost-effective production process, the study reported. “Furthermore, unlike chemical synthesis, microbial cell-factories can be rapidly adapted to produce a variety of valuable tryptamine derivatives, thereby expanding the utility of this approach.”

Researchers have discovered over a dozen mushroom groups that have antiviral properties that work to fight the measles, the mumps, HIV, herpes and other viral diseases.

And science is changing how it goes about fighting viral diseases, moving away from the so-called ‘one bug–one drug’ approach toward designing broad-spectrum antivirals, which can act on multiple viruses by targeting a common but essential viral function.

Bioactive compounds isolated from natural biological sources offer a vast and unexplored diversity of chemical structures. Particular importance for novel drug discoveries has been bioactive molecules of fungal origin. “During the past decade, many novel bioactive natural products possessing cytotoxic, anticancer, antibacterial or antifungal activities have been discovered from marine fungi. Fungi potentially contain and/or produce several effective molecules that could also be used as antivirals for other hosts. The discovery and characterization of fungal compounds having antiviral activities is an emerging field of research, and several compounds have already been identified as promising,” a report about the antiviral agents from fungi found.

Clinical trials and testing of fungi for antiviral use is still in its infancy, and no fungi-derived compounds have been approved for antiviral treatment. Researchers say that standardizing the biosynthesis of biologically active compounds for clinical trials, and scaling up the production of these compounds, is the way to go. But it has its challenges. “As fungi are a rich source of bioactive agents, the accumulation of know-how on the actual bioactive molecules enriched, and their detailed targets in virus families will probably increase in the near future,” the report concluded.