Marc Lustig, CEO and Chairman of Origin House commented, “This was a milestone quarter for Origin House, as the team drove solid organic growth within our Californian distribution and brands platform and completed meaningful strategic merger and acquisition-based initiatives including the addition of 180 Smoke in Canada. Moving forward through the balance of the year, we are confident that, once completed, the combination of Cresco Labs’ scale and Origin House’s California-wide distribution footprint will further accelerate growth and build significant value for the shareholders of both companies.”

If the 180 Smoke acquisition had occurred on January 1, 2019, management estimates that for the three months ended March 31, 2019:

For a more comprehensive overview of these recent developments, please refer to Origin House’s Management Discussion and Analysis of the Financial Condition and Results of Operations for the Three Months ended March 31, 2019. 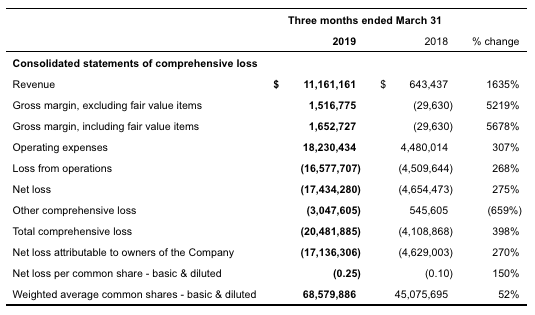 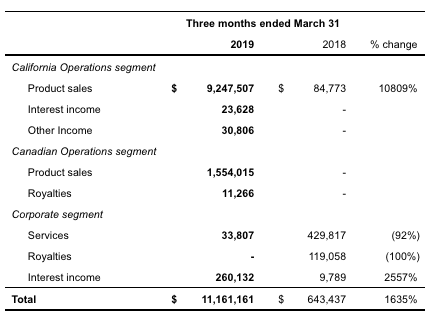 Cost of Sales by Revenue Type 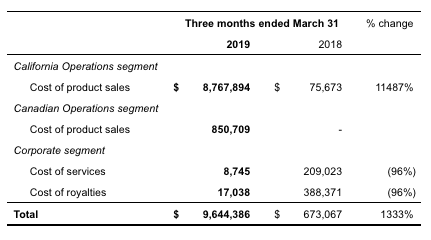 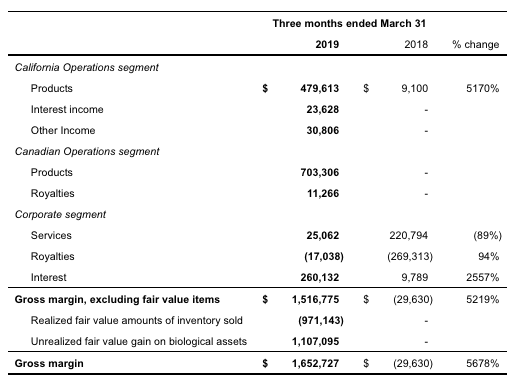 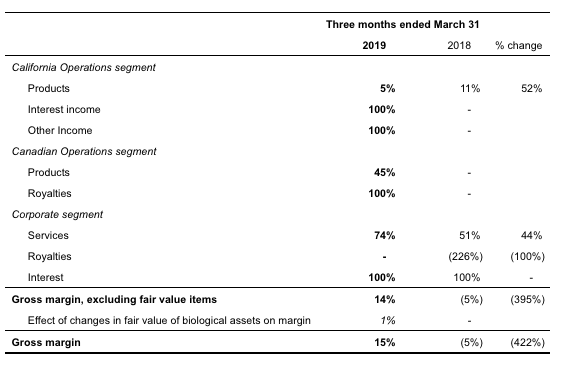 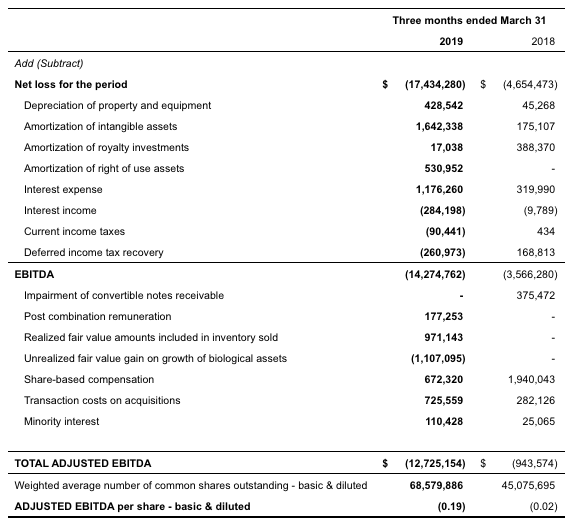 Prior to approving the definitive agreement in connection with the Arrangement (the “Arrangement Agreement”), the Board of Directors of Origin House approved a pool of 2,292,000 Origin House RSUs (the “RSU Pool”) to be issued following execution of the Arrangement Agreement to employees, officers, directors and consultants of the Company at the direction of management of Origin House. The Company now announces that the RSU Pool has been conditionally allocated, including 1,332,000 Origin House RSUs allocated to the directors and executive officers of Origin House. The RSUs are expected to be issued at such times as management of the Company considers advisable and, subject to their terms, are expected to vest in three equal tranches, on the dates that are 6 months, one year, and two years from the grant date.

Origin House is a growing cannabis brands and distribution company operating across key markets in the U.S. and Canada, with a strategic focus on becoming a preeminent global house of cannabis brands. Origin House’s foundation is in California, the world’s largest regulated cannabis market, where it delivers over 130 branded cannabis products from 50+ brands to the majority of licensed dispensaries. Origin House’s brand development platform is operated out of five licensed facilities located across California, and provides distribution, manufacturing, cultivation and marketing services for its brand partners. Origin House is actively developing infrastructure to support the proliferation of its brands internationally, initially through its acquisition of Canadian retailer 180 Smoke. Origin House’s shares trade on the CSE under the symbol “OH” and on the OTCQX under the symbol “ORHOF”. Origin House is the registered business name of CannaRoyalty Corp. For more information, visit www.originhouse.com. 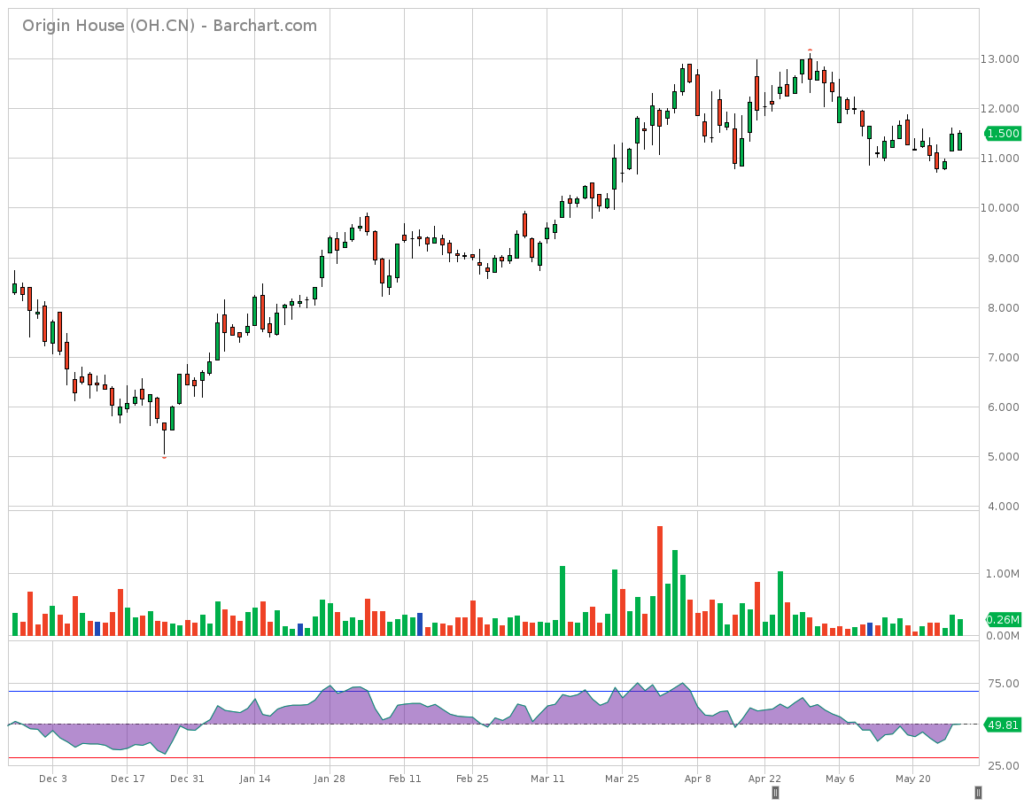 Technical Analysis for OH by TradingView