It’s been a tough year for CannTrust (TSX: TRST) (NYSE: CTST) and its shareholders to say the least. TRST stock has lost over half its value since the company first announced it breached Health Canada’s regulations in early July of this year. Since that point, it’s been all downhill for the once-great Canadian licensed producer. As the old saying goes, ‘when it rains, it pours’. That certainly rings true for CannTrust in 2019.

According to this morning’s press release, CannTrust received notice from the Ontario Cannabis Store (OCS) informing them of its intent to return certain CannTrust products. The OCS cited CannTrust’s products as being “non-conforming” under the terms of the Master Cannabis Supply Agreement between the OCS and CannTrust as the reason for the return. The total value of CannTrust products being returned by the OSC is approximately $2.9 million.

As per the terms of its Master Cannabis Supply Agreement, any product that does not comply with applicable law is considered a ‘Non-Conforming Product’. The OCS has the right to return such product to the company at the company’s expense.

On the bright side, Health Canada hasn’t ordered a recall of any CannTrust products, yet. The OCS operates independently of Health Canada and to CannTrust’s knowledge, no product recalls are in the works. 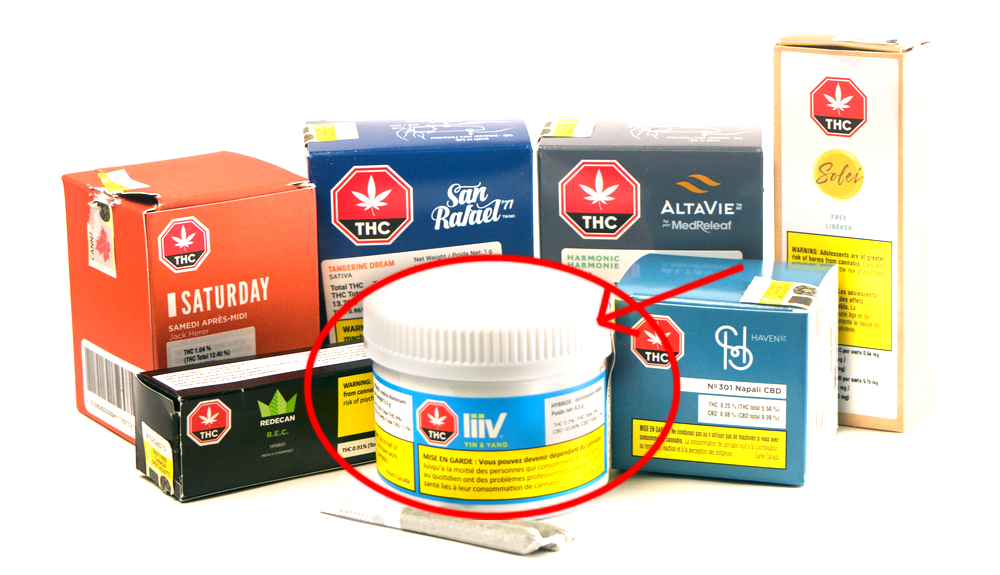 As previously mentioned, CannTrust’s issues began in early July after its failed Health Canada audit at the company’s Pelham, Ontario greenhouse. Since then, the company’s problems have snowballed out of control. For your convenience, we’ve included a full timeline of the CannTrust saga complete with links below.

Timeline of the CannTrust Saga

Shares of CannTrust are Under Siege

Shares of TRST have officially dropped 58.36% since the company’s Health Canada issues first began on July 8, 2019. TRST declined another 3.58% in reaction to today’s OCS news and closed trading at $2.69 per share. The possibility of additional adverse news looming over the company has caused bargain hunters and takeover bids to remain on the sidelines for now. It seems investors and industry peers want to see how things shake out first before making a move on CannTrust. TRST’s RSI is hovering around the oversold range as it closed today at 38.62. The chart looks to be putting in a strong bottom as investors wait for the next announcement from CannTrust to hit the newswires. 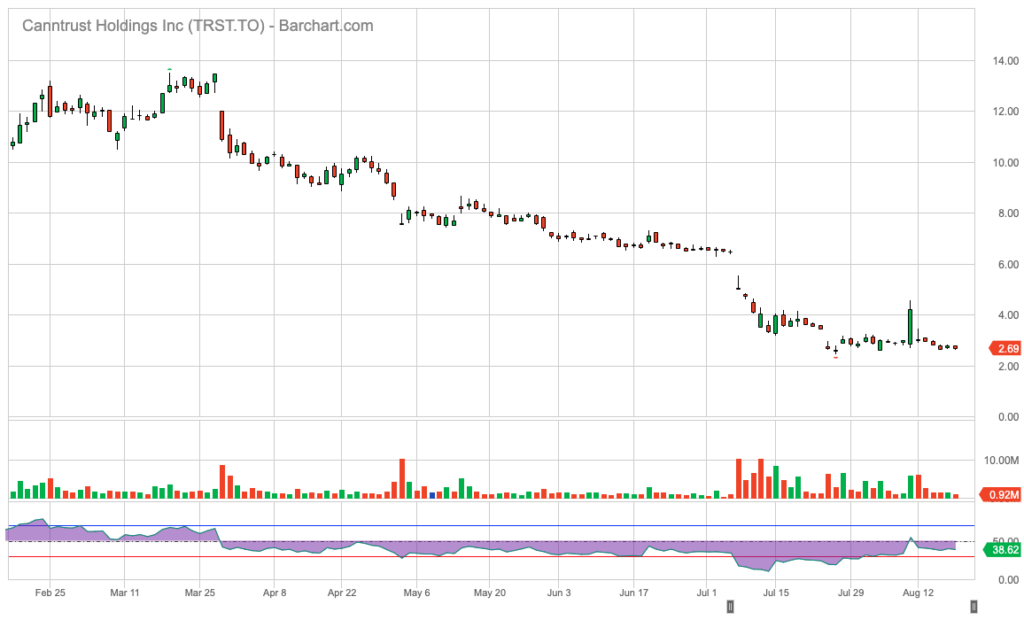