Next Hurdle for SAFE Banking Act: The U.S. Senate - The Cannabis Investor

Next Hurdle for SAFE Banking Act: The U.S. Senate

On September 25, 2019, history was made in the U.S. House of Representatives, as the SAFE Banking Act became the first-ever standalone cannabis reform bill to be passed by the House or Senate, with a dominant 321-103 vote margin.

But before the historic bill becomes law, it faces an arguably more difficult hurdle: it must be passed by the Republican-controlled U.S. Senate. The bill was developed to allow fair access to financial services for state-regulated cannabis businesses (which currently operate on a cash-only basis) and to protect the banks who service the cannabis industry.

The vote is “a significant step forward for public safety, transparency and common sense,” said Rob Nichols, President and CEO of the American Bankers Association in a statement following the vote. “By helping to provide clarity for the financial sector in those states where cannabis is legal, this bill will help banks meet the needs of their communities while reducing cash-motivated crimes, increasing the efficiency of tax collections and improving the cannabis industry’s financial accountability.”

“It will also ensure that businesses with indirect ties to the cannabis industry — including vendors, utility companies and law firms — won’t be needlessly forced out of the financial system,” continued Nichols.

If passed by the Senate, the bill would then be presented to President Trump to sign into law. 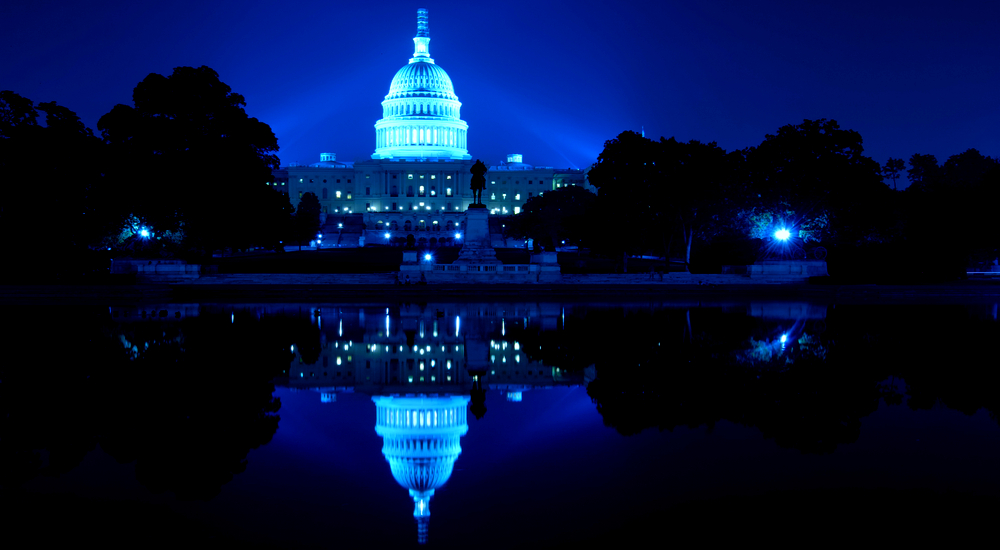 The Biggest Test is Still Ahead

According to Capital Alpha Partners — a leading independent provider of strategic policy research and political forecasting — the SAFE Banking Act stands a 1 in 3 chance of getting passed in the Senate, up from a 1 in 5 chance. While those may seem like decent odds, Capital Alpha Partners analyst, Ian Katz, isn’t holding his breath.

“We remain skeptical for now,” said Katz, adding that chances of passing could get higher “if we see meaningful signals from the Senate in the next few weeks.”

On the other hand, supporters of the bill are viewing the Republican support that the bill received in the House as a positive sign.

“This is a sign the time has come for comprehensive cannabis reform,” said Morgan Fox, the Media Relations Director for the National Cannabis Industry Association. “The fact that we got almost half the Republicans is a huge sign we’re moving in the right direction toward sensible policies.”

“We’re working to try to get a bill ready,” said Crapo. “I’m looking to see whether we can thread the needle. The impact on the ability of small and large businesses to operate justifies our attention.”

While Crapo stopped short of providing a timeline to complete the legislation, he did say that he hoped to hold the vote before the end of 2019.

Will Calling it a ‘Banking Bill’ Change The Outcome?

Still, other supporters of the SAFE Banking Act feel that selling the bill as more about ‘banking’ than ‘bongs’ will improve its chances of being passed.

“It’s no longer about cannabis,” said Don Murphy of Marijuana Policy Project. “It’s not cannabis advocates calling for this. It’s bankers. And Realtors. And insurance companies. And those are folks that Republicans respond to.”

“I see it really as a fairness bill, a fairness banking bill more than a cannabis bill. And that’s okay,” said Sen. Kevin Cramer (R-N.D.), a co-sponsor of the bill.

“It’s a problem that keeps coming up,” said Sen. Marco Rubio (R-Fla.). “I think you can be against marijuana and still understand that if it’s going to be a legalized product, we need to be able to control it through our banking system.”

But Will the Big Banks Play Ball?

Even if the SAFE Banking Act gets passed by the Senate and signed into law by the president, some feel that because cannabis is still considered illegal at the federal level means that big banks will avoid the industry altogether.

“This is not a total victory,” says Jaret Seiberg, Managing Director, Cowen Washington Research Group. “The biggest banks that operate across state lines will still worry that cannabis is still illegal at the federal level.”