The Cannabis Investor (TCI) is pleased to announce that we are preparing to release our new featured cannabis stock pick in the coming days. As you may have already noticed, TCI is very selective in which cannabis stocks we decide to feature to our investor network.

In order to be featured, companies must first meet our investment criteria which includes important details such as management, market cap, shares outstanding, public float, earnings, forward guidance and most importantly potential upside for our TCI members to profit from.

The TCI office turns down deals on a weekly basis if we don’t feel the investment opportunity has the right ingredients to produce large gains for our network. Market timing is another key factor that is always considered.

We may delay the announcement of a new pick if market conditions are so poor that it would put our network at a disadvantage. Trying to go long in a bear market is similar to swimming upstream against the current, you won’t get very far before the tide washes you out of the market.

We feel good that the cannabis market has finally found its bottom and a great indicator is Canopy Growth (TSX: WEED) (NYSE: CGC) which is widely regarded as the industry bellwether. Barring any negative catalysts coming out of left field, Canopy’s chart very clearly shows a stock that has bottomed and is growing more bullish by the day.

South of the border, we look to Trulieve (CSE: TRUL) (OTCQX: TCNNF) as the leader amongst U.S. pot stocks and thanks to another strong earnings season from U.S. multi-state operators (MSOs), we can comfortably say this group has bottomed as well.

Canadian licensed producers (LPs) are now rebounding from a lacklustre earnings season in addition to preparing for Cannabis 2.0 sales to begin. With a limited set of positive catalysts currently available in Canada, traders will be watching closely to see how Legalization 2.0 actually translates into improved bottom line numbers before they consider fully jumping back into to these Canadian LPs.

The United States market is a different story as its list of positive catalysts are plentiful. Unlike Canada, the U.S. has yet to see cannabis legalized at the federal level and this is actually a positive for investors. As we saw in Canada during the lead up to the October 2018 legalization of recreational cannabis, the majority of Canadian pot stocks reached all-time highs in anticipation of that major catalyst.

A similar situation is playing out in America but thanks to the USA’s more complicated legal and political systems, there is a lot more potential catalysts in the works which include an increasing amount of individual states legalizing adult-use or medical cannabis, possible rescheduling/descheduling of the plant, various pieces of pro-cannabis legislation and the ultimate culmination of these catalysts could result in the federal legalization of cannabis. The lifting of the federal ban could be the ultimate market catalyst and would surely send stocks soaring. 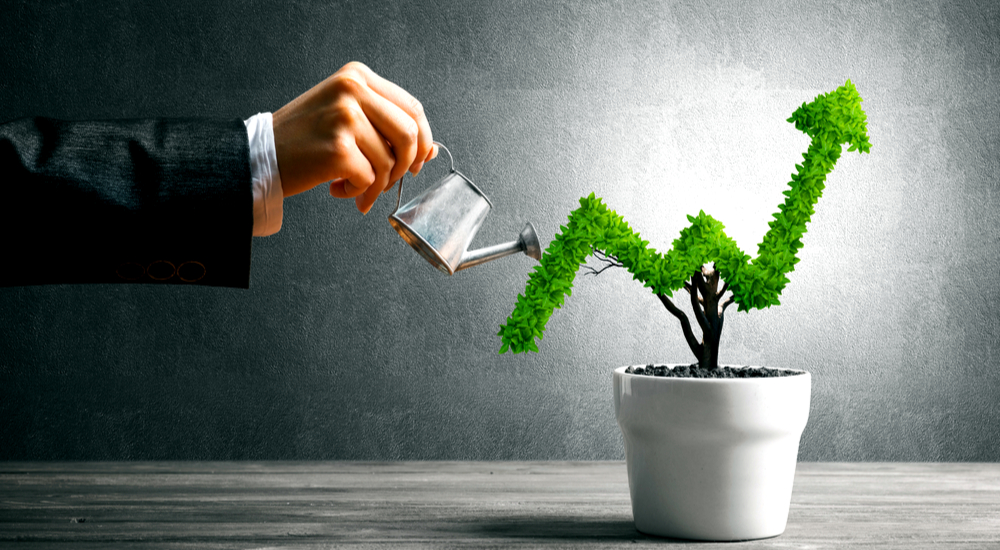 As you can see, there is a lot more to be excited about and look forward to in the United States as it pertains to cannabis investing and we’re pleased to inform you that our new featured stock pick is an American cannabis operator.

After careful consideration of the aforementioned factors and the general consensus that cannabis stocks have now bottomed, we are prepared to announce our new stock pick this week.

Although we aren’t releasing the name of this company today, we can provide you with the following details on the new TCI featured stock pick:

This company has all the right ingredients to produce another home run for TCI investors. Having a tight share structure and a low float is paramount for any stock to have the opportunity to rise to its intrinsic value.

Due to the recent bear market in cannabis equities, there are now many stocks trading at discounted valuations and with the bull market set to recommence, investors need to sift through the noise and choose stocks with the right elements to put themselves on the path to profits.

The Cannabis Investors believes our new stock pick checks all the boxes and could be the next big winner for your portfolio.

TCI will be releasing a full profile on this company in the coming days so please make sure you are signed up for our Email Newsletter and following us on all of our social media platforms so you don’t miss the big announcement.

A new study shows a DECREASE in heavy truck crash

They made edibles legal by ACCIDENT and here’s t