The latest research suggests that Psilocybin — the active ingredient in magic mushrooms — can have positive effects on brain function and emotional health for up to one month after leaving one’s system.

Previously, most studies on Psilocybin have focused on the acute effects of the substance on the user. However, the study conducted by researchers from Johns Hopkins University School of Medicine, and published in the Scientific Reports journal, flipped the script and looked at the enduring impacts of the psychedelic.

About the Psilocybin Study

The study — titled ‘Emotions and Brain Function Are Altered Up to One Month After a Single High Dose of Psilocybin’ — looked at 12 volunteers who each received a single dose of Psilocybin. The participants underwent tests the day before taking the Psilocybin, one week after taking Psilocybin, and one month later. Each volunteer was tasked with completing three different assessments designed to quantify their ability to process emotional information (i.e. facial cues). At the same time, the research team studied their brain activity using an MRI. 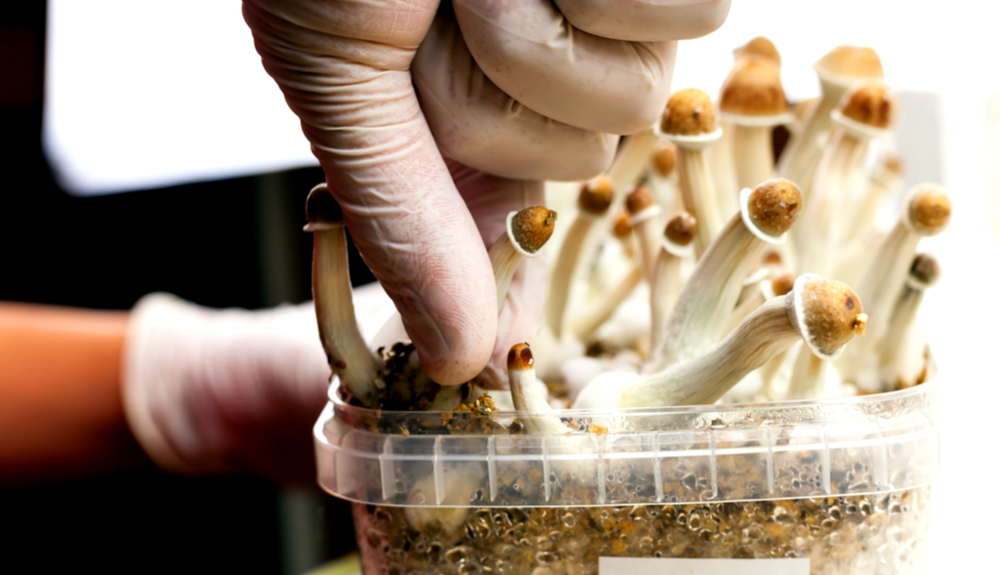 The research team also observed a drop in the amygdala response to emotional information for up to one week following the Psilocybin administration. This decrease also returned to baseline levels at the one-month mark. The amygdala represents a group of neural cells that give meaning, assign memory, and attach associations to emotions. It’s also where the famous ‘fight-or-flight’ response is triggered by emotions such as anxiety, anger, aggression, or fear.

Additionally, the researchers noted increases in resting-state functional connectivity — a measure of how signals dependent on blood oxygen levels are coordinated across the brain. In this case, the increases were observed at both the one-week and one-month marks, following Psilocybin administration.

“A single high dose of Psilocybin, administered to properly screened individuals in a carefully controlled setting can have lasting positive effects on emotional functioning in healthy individuals,” explained Frederick S. Barrett. “These effects were reflected in transient changes in the function of brain regions that support emotional processing.”

Study Should Be Considered Preliminary

Frederick S. Barrett and his research team, which includes Manoj K. Doss, Nathan D. Sepeda, James J. Pekar, and Roland R. Griffiths, are careful not to overstate the significance of their findings. Due to the small sample size, reliance on personal reporting, and lack of a control group, the team insists that the finding should be considered preliminary, and that conclusive results should not be drawn. That said, the results are encouraging and certainly warrant further research.

The suggested findings — which point to the fact that Psilocybin can have lasting positive emotional impacts — stand in stark contrast to conventional psychiatric drugs that typically require daily doses and can have serious adverse side effects. Furthermore, previous Psilocybin studies suggest that the compound can possibly ‘reset’ brain circuits linked to depression or reduce anxiety and lower compulsive behaviours.

So is Psilocybin on course to be a new miracle drug? Only time (and peer-reviewed studies) will tell.