MMEN Stock Pops on News of CEO's Departure, Is MedMen a Turnaround Play or a Dead Duck? - The Cannabis Investor

MMEN Stock Pops on News of CEO’s Departure, Is MedMen a Turnaround Play or a Dead Duck?

MMEN Stock Rallies on Executive Shakeup, Can MedMen Turn Things Around or is it Too Late?

Bierman will step down effective February 1, 2020, and will also surrender his class A super-voting shares thus relinquishing his substantial control position over MMEN stock. As previously announced, MedMen’s other co-founder Andrew Modlin will also give up his class A super-voting shares resulting in the company moving to a more investor-friendly single class of shares by the end of 2020.

The controversial cannabis executive will, however, remain on MedMen’s board of directors for the time being with the opportunity for re-election at the company’s next shareholder meeting. As per MedMen’s press release this morning, the company has agreed to provide compensation to Bierman related to his resignation and forfeiture of his super-voting shares.

Concerning his decision to step away from MedMen and hand over his control position, Adam Bierman issued the following statement:

“I continue to believe that MedMen is positioned to thrive. It’s time for our next iteration of leadership to capitalize on the opportunity we have created. This has been an incredible journey and I will continue to be inspired by those around the globe working to make our world safer, healthier and happier through access to legal, regulated cannabis.”

MedMen’s board is in the process of forming a committee to identify candidates to replace Bierman as CEO. Until a replacement is found, the company will promote Ryan Lissack from his role as Chief Operating Officer and Chief Technology Officer to MedMen’s new interim CEO.

“The Board supports both Adam’s decision to step aside for a new CEO to lead the Company, and his and Andrew’s decision to surrender their voting rights to give all shareholders a stronger voice. This evolution will provide Adam the space to contribute to the future of MedMen and extend his commitment to the industry that he has helped pioneer,” stated Ben Rose, Executive Chairman of MedMen.

Both Bierman and Modlin also hold 9,661,939 long-term incentive plan units which were issued by MedMen’s subsidiary MM Enterprises USA, LLC. The long-term incentive plan units are convertible on a partially diluted basis into MedMen subordinate voting shares. With the class A super-voting shares removed from the mix, Bierman and Modlin now control only 4.8% and 4.9% of MedMen, respectively. 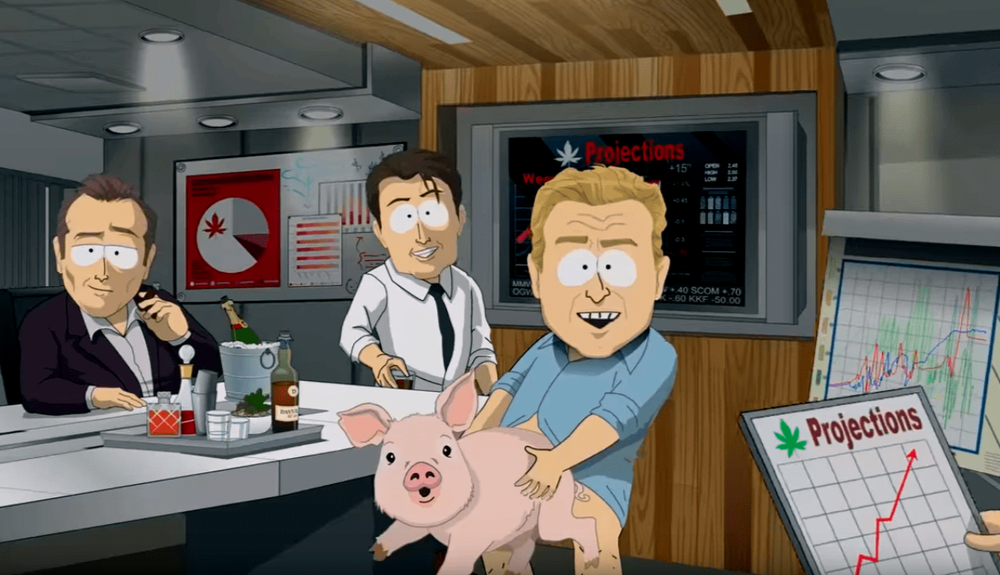 This morning’s news on the company’s planned management shakeup and surrendering of Bierman and Modlin’s control position seems to have breathed life back into the seemingly dead MedMen stock. Shares of MedMen’s CSE listed MMEN stock closed today’s trading session at $0.58 per share, up 7.41% on the day. The company’s American OTC Markets listed MMNFF stock finished the day up 9.27% at $0.45. In Germany, MedMen’s Frankfurt listed shares performed even better closing today at $0.42, up 16.97%.

After reaching an all-time high of $9.88 on October 15, 2018, MMEN stock has been in a clearly defined downtrend with the stock declining 94.13% from that point. Over the past two months, MMEN’s downward price action has ceased with the stock finding support around $0.50 and now trending sideways in an attempt to form a bottom.

Despite having the most recognized dispensary brand in the world, fiscal irresponsibility has put the company in a difficult financial position which MMEN’s share price reflects. As we highlighted in an article this week looking at 25 potentially undervalued pot stocks, MedMen is currently trading at a Price-to-Book Ratio (P/B Ratio) of roughly 0.35. Anything under 1 can be viewed as possibly undervalued and worth further inspection. A low P/B ratio alone should not justify an investment because many other factors can contribute to a company’s low valuation. In some instances, a company may be underpriced by the market while in other cases it may simply just be going out of business.

MedMen’s current situation is complicated and major liquidity concerns should not be disregarded as it’s been widely reported that the company is having serious trouble paying its suppliers. A leaked email shows MedMen attempting to settle debt with its creditors by offering to issue them free trading stock. A situation like this would further dilute current shareholders and likely result in a substantial increase in downward pressure on the stock.

CEO Adam Bierman confirmed in a recent Q & A that MedMen has retained the services of a turnaround firm to help handle negotiations with its creditors. If somehow the company can turn things around, maybe, just maybe there’s a value play opportunity here but investors should wait for move evidence. Today’s moves are certainly a good start as the company looks to regain investor confidence but MedMen is still miles away from being out of the woods.

Big risk does come with the potential of big rewards but it would be advisable to proceed with extreme caution here and make sure you understand all the risks involved with investing in a turnaround play such as MedMen. 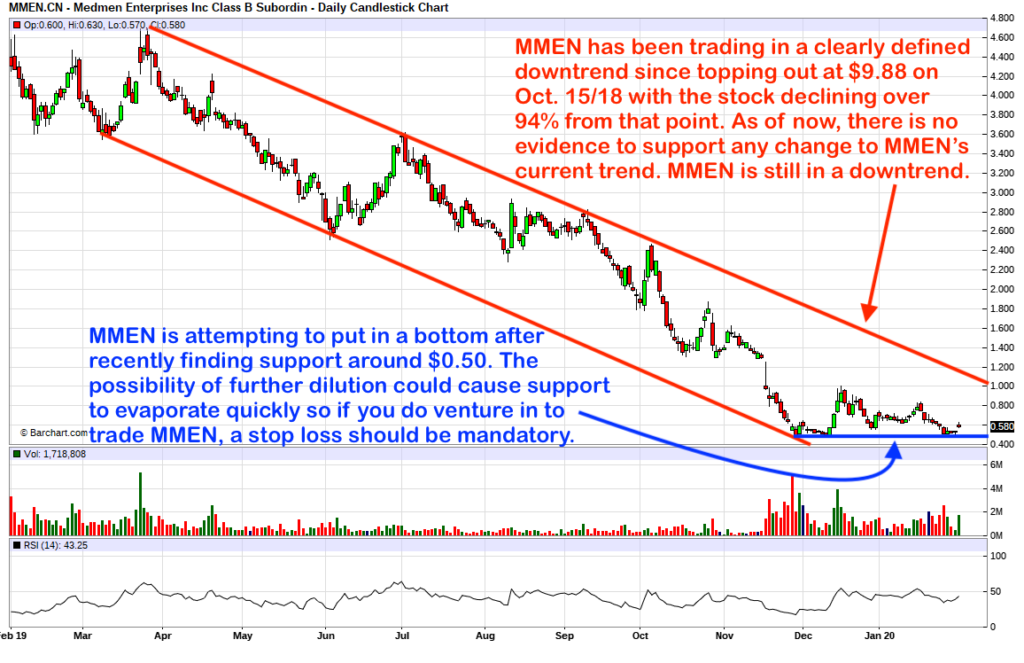 Also Read: These 25 Cannabis Stocks May Be Undervalued According to One Key Ratio