LOS ANGELES—MedMen Enterprises Inc. (“MedMen” or the “Company”) (CSE: MMEN) (OTCQX: MMNFF) (FSE: A2JM6N) announced today unaudited systemwide revenue for its fiscal 2019 third quarter ended March 30, 2019. Across the Company’s operations in California, Nevada, New York, Arizona and Illinois, systemwide revenue was US$36.6 million (CA$48.8 million). This represents a 22% quarter-over-quarter increase over its fiscal 2019 second quarter ended December 29, 2018. Systemwide revenue, pro forma for pending acquisitions that have not yet closed, was US$54.9 million (CA$73.2 million) for the quarter. For the third quarter, gross margin across its retail operations was 51%1, compared to 53% in the previous quarter. The Company is expected to post its fiscal 2019 third quarter results in May 2019. 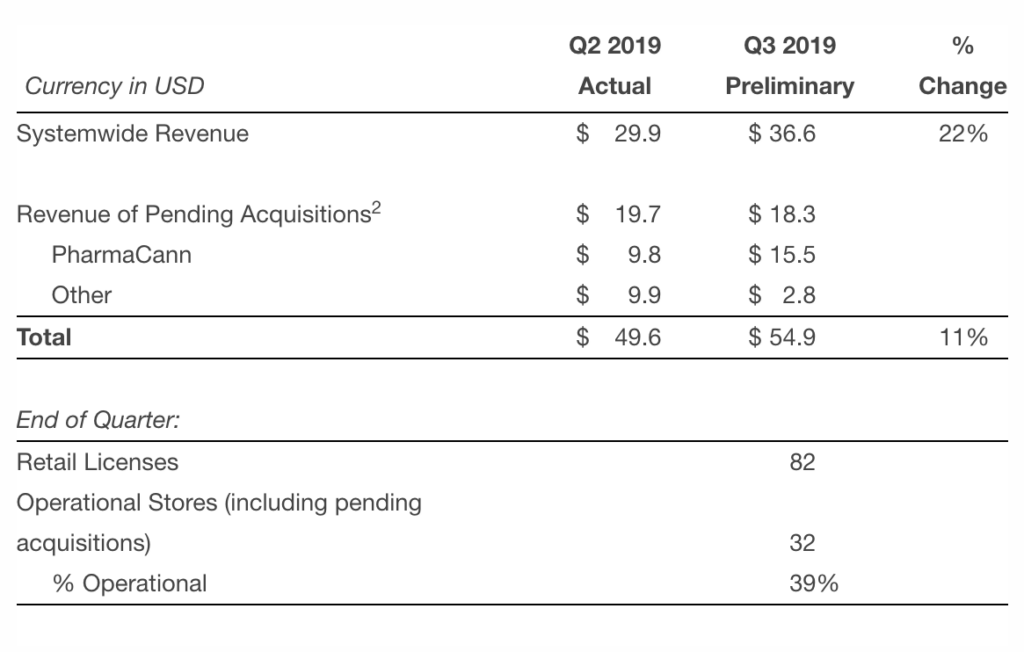 Strong systemwide retail revenue for the quarter is primarily attributable to MedMen’s retail expansion in Nevada and Arizona. In Nevada and Arizona, third quarter retail sales increased 34% and 513%, respectively, compared to the previous quarter. In Arizona, the increase was driven by the addition of stores in North Scottsdale and Tempe. In Nevada, MedMen’s Paradise location, the closest dispensary to McCarran Airport, is now the Company’s second highest performing store, with a 39% increase over the previous quarter.

“We will continue to scale our retail footprint in the most strategic and desirable locations, providing us first mover advantage and contributing to MedMen’s top-line growth,” stated Michael Kramer, Chief Financial Officer. “The continued acceleration of sales in markets like Arizona and Nevada, as evidenced by the impressive sales at our Paradise location, demonstrates our ability to replicate the success we’ve achieved in our home state of California across the U.S.”

In addition to growing revenue at its existing locations, the Company has 16 new locations slated to open during calendar year 2019, including 12 locations in Florida, where the Company is licensed for up to 35 locations.

MedMen is a cannabis retailer with operations across the U.S. and flagship stores in Los Angeles, Las Vegas and New York. MedMen’s mission is to provide an unparalleled experience that invites the world to discover the remarkable benefits of cannabis because a world where cannabis is legal and regulated is a safer, healthier and happier world. Learn more at www.medmen.com.

1 Total cost of goods sold across the Company’s retail operations was US$17.1 million during the quarter
2 Includes unaudited net revenue from retail stores and licenses to be acquired through pending acquisitions 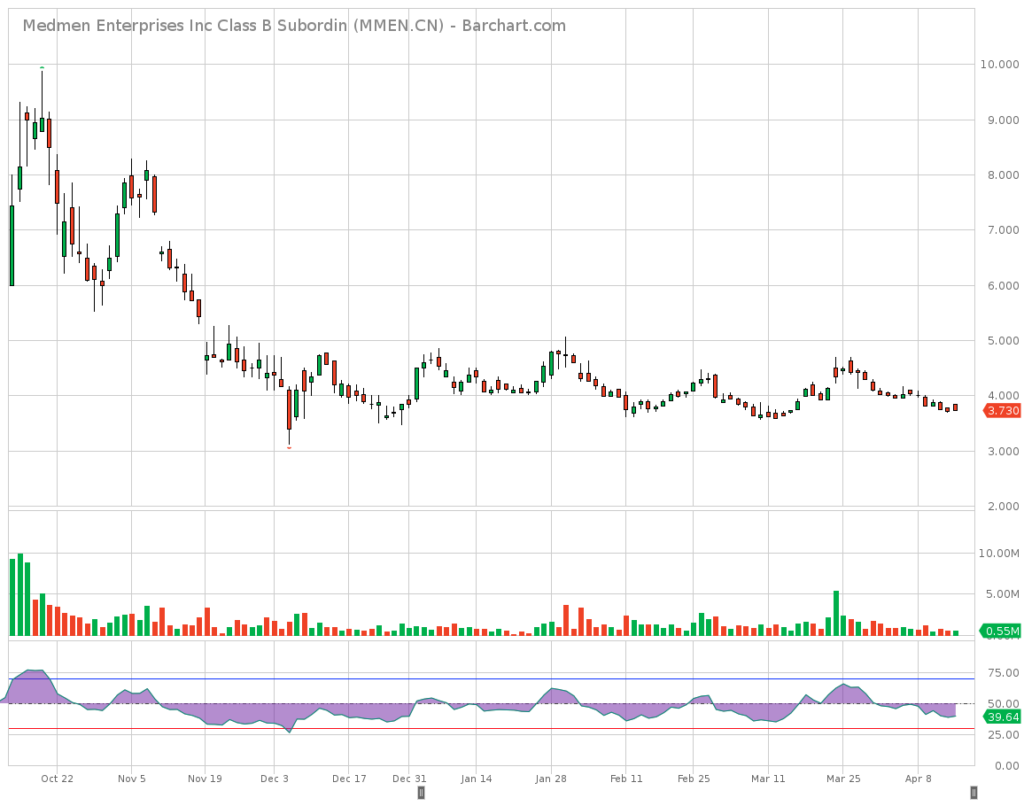 Create your own MMEN technical and interactive chart – Barchart

Technical Analysis for MMEN by TradingView