“Our strong second quarter results support MedMen’s commitment to drive strong retail and sales performance, while efficiently scaling the Company and executing on our growth strategy,” said Adam Bierman, MedMen chief executive officer and co-founder. “As we emphasized last quarter, we are in a new phase of growth, one focused on continuing to operationalize our industry-leading retail footprint and increasing our profitability. We are confident in the team we’ve built to drive our success.”

After going public almost one year ago, MedMen has established a track record of growth and success. With approximately 7% market share in California, the largest cannabis market in the U.S., the Company is planning to open 16 new locations across the U.S. in calendar 2019. Of the 16 new locations, 12 will be based in Florida, where MedMen is licensed for up to 30 locations. Additionally, four retail sites in Florida are expected to open in the next 90 days in the following locations: Key West, Orlando, West Palm Beach, and St. Petersburg.

In an effort to increase transparency, provide a better understanding of MedMen’s business, and ensure sales comparability between years, the Company is basing accounting on the 4-5-4 calendar structure. Additionally, the Company is now breaking out performance in the MD&A by retail, cultivation and manufacturing, corporate SG&A and pre-opening expenses.

Retail: Systemwide retail revenue for the quarter is based on 16 retail stores that were operational at the end of the quarter. This includes the MedMen Paradise location near McCarran International Airport in Las Vegas, which opened in October, and the MedMen Scottsdale location in Arizona, which began to be included in MedMen’s results in December following the closing of the Monarch acquisition.

Strong systemwide retail revenue for the quarter is primarily attributable to MedMen’s stores in Southern California’s recreational market. In California, the Company’s eight retail locations reported a combined $23.7 million in revenue, which represents a 28% quarter-over-quarter increase.

Cultivation and Manufacturing: For the second quarter of fiscal 2019, the Company reported a $4.9 million EBITDA loss for cultivation and manufacturing, of which approximately $4 million is related to costs associated with the Company’s first full-scale factory, Project Mustang in Nevada, which has already begun producing [statemade] products.

Corporate SG&A: During the second quarter, the Company continued to make significant investments in building the corporate infrastructure and team required to execute its strategy for long-term growth. Corporate SG&A includes corporate infrastructure and growth initiatives such as corporate payroll, sales and marketing, technology, among other things. Of the total $40.9 million corporate SG&A expenses, $14.4 million was corporate payroll, which included the buildout of several teams within the Company including finance and accounting, digital, business intelligence and marketing. SG&A expenses also included $8.6 million in marketing and branding as compared to $4.8 million in the first quarter of 2019.

Pre-Opening Expenses: The Company incurred $3.0 million of pre-opening expenses in the second fiscal quarter of 2019, primarily driven by rent expenses of retail stores, cultivation/manufacturing sites and facilities that are not yet operational.

MedMen refers to certain non-IFRS financial measures such as annualized sales per square foot, Earnings Before Interest, Taxes, Depreciation and Amortization (EBITDA), Four Wall EBITDA, and adjusted EBITDA (earnings defined as earnings before interest, taxes, depreciation, amortization, less certain non-cash equity compensation expense, including one-time transaction fees and all other non-cash items). These measures do not have any standardized meaning prescribed by IFRS and may not be comparable to similar measures presented by other issuers.

A live audio webcast of the call will be available on the Events and Presentations section of MedMen’s website at: https://investors.medmen.com/events-and-presentations/default.aspx.

MedMen is a cannabis retailer with operations across the U.S. and flagship stores in Los Angeles, Las Vegas and New York. MedMen’s mission is to provide an unparalleled experience that invites the world to discover the remarkable benefits of cannabis because a world where cannabis is legal and regulated is a safer, healthier and happier world. 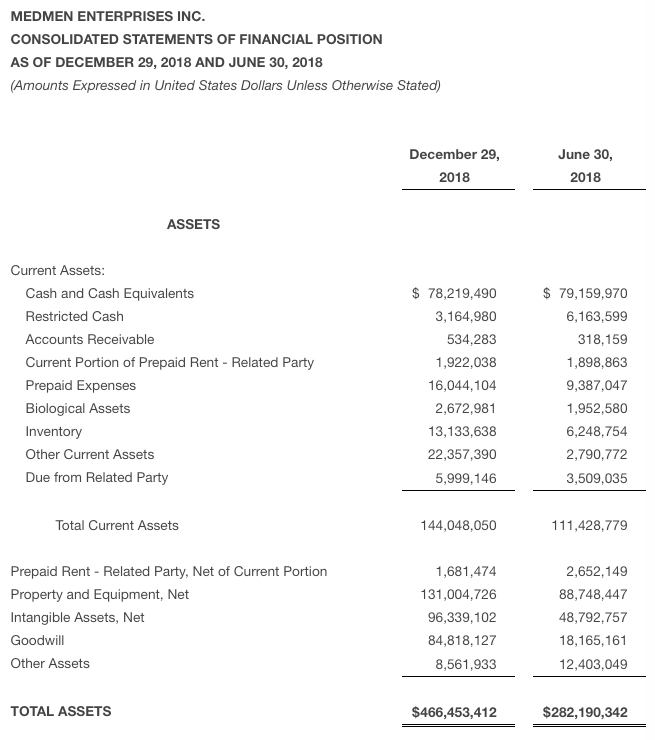 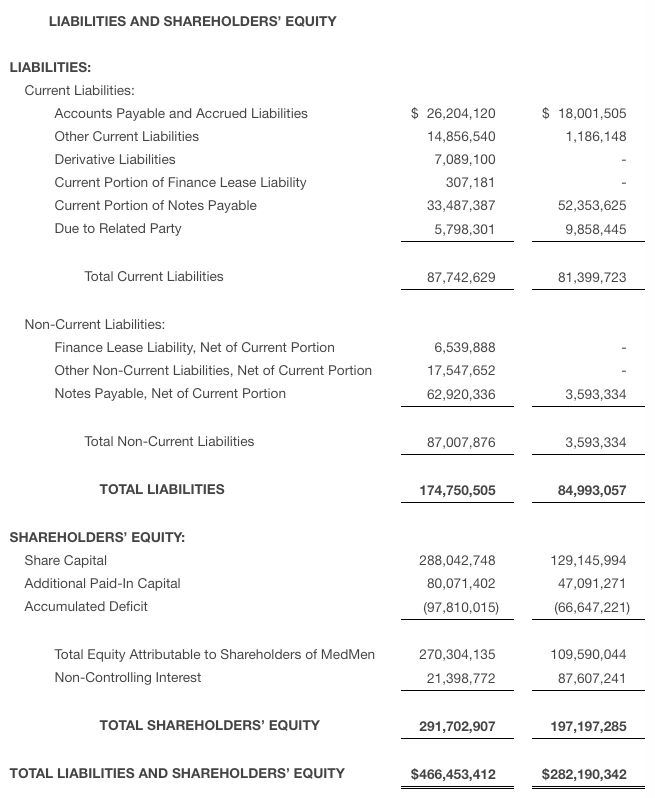 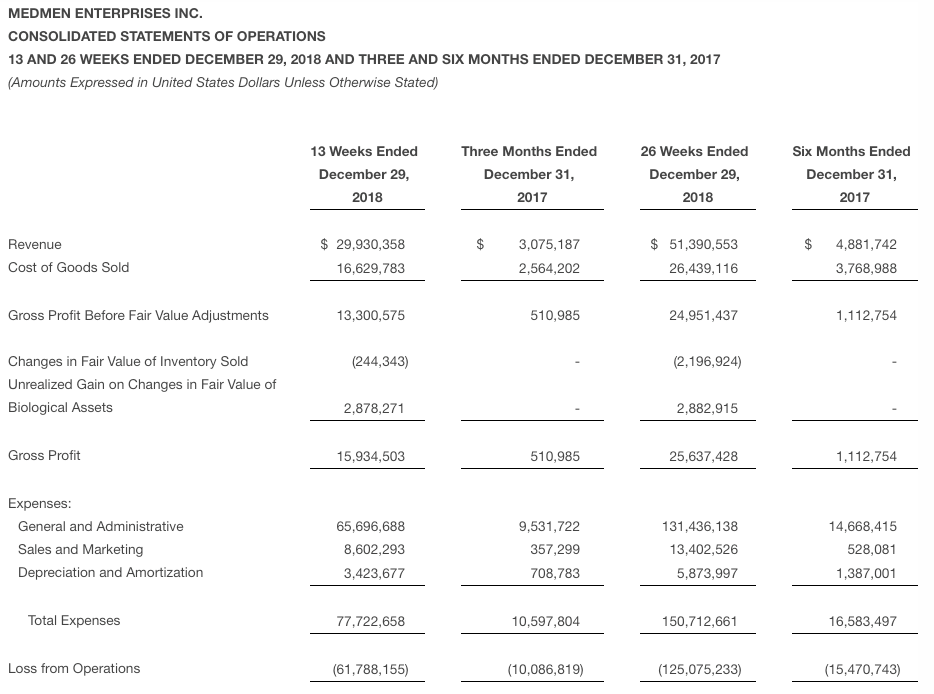 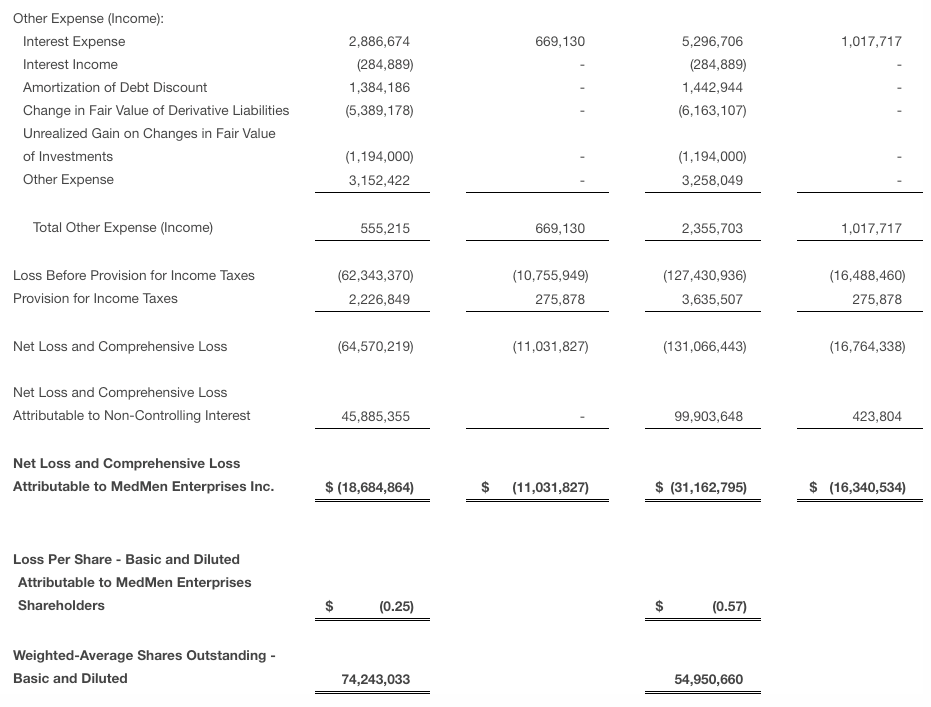 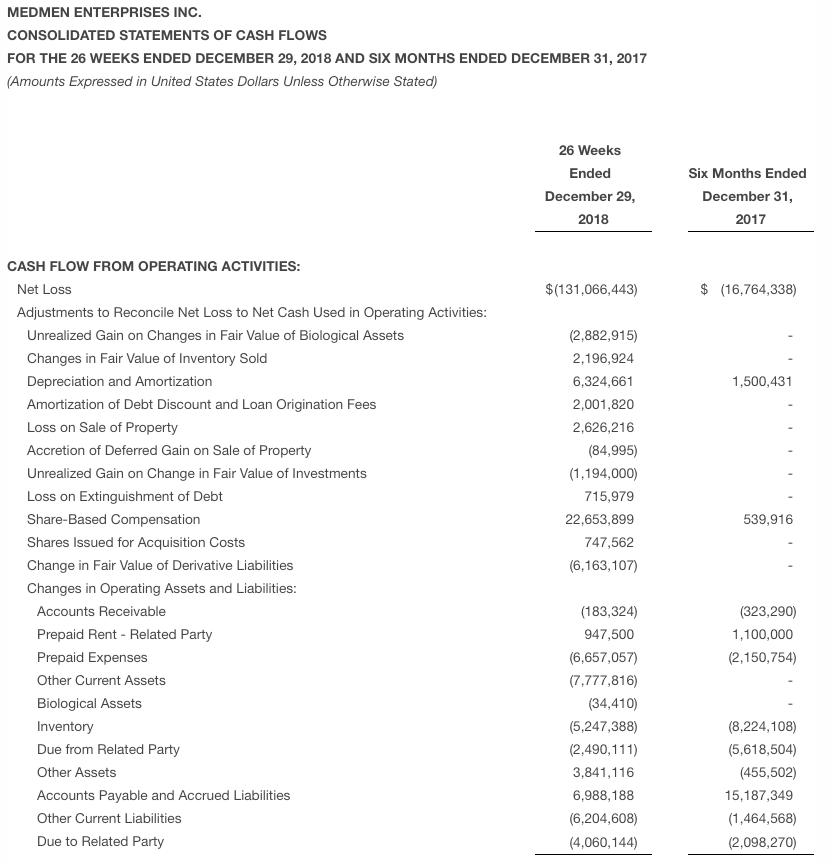 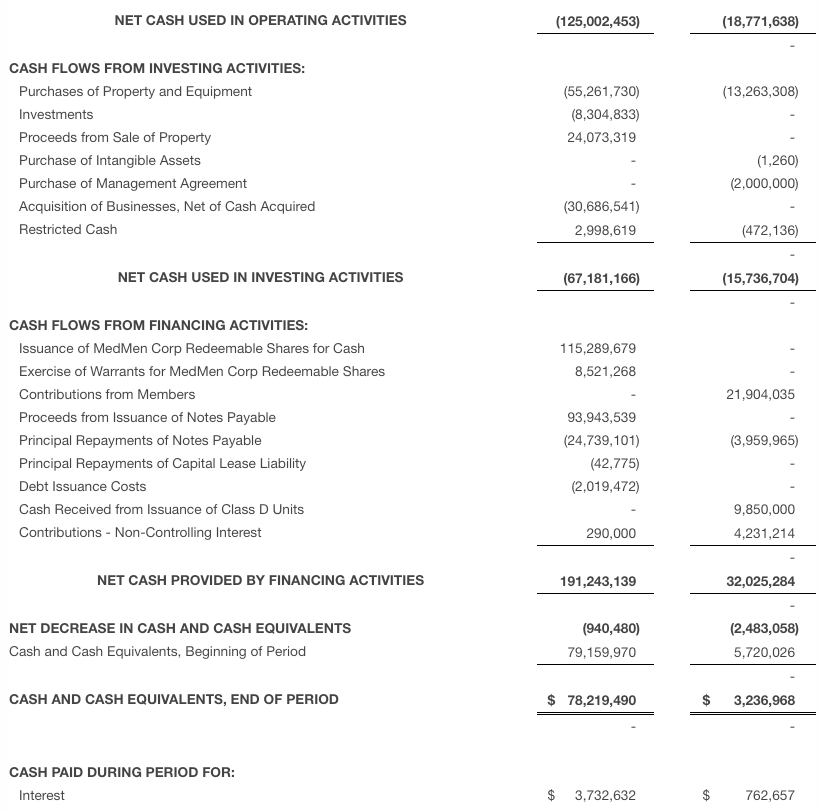 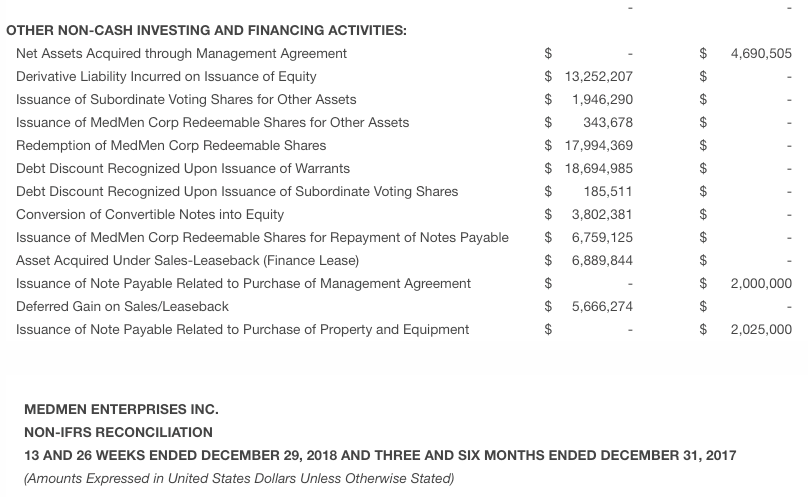 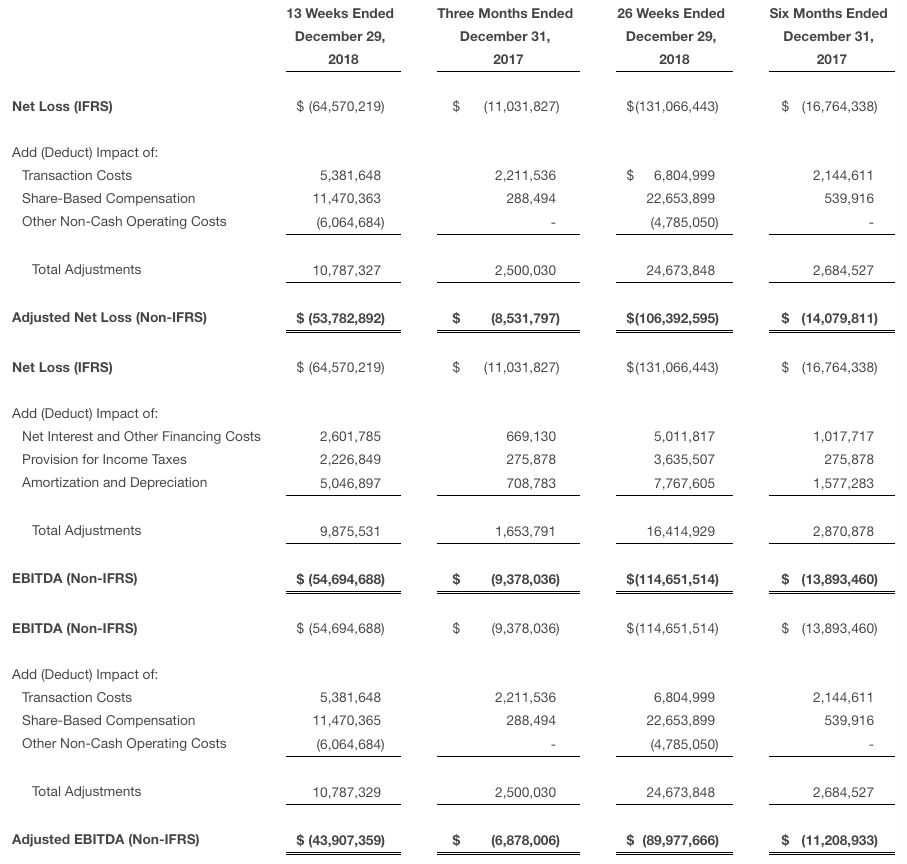