MediPharm Sues HEXO Over Alleged Breach of Contract for Nonpayment

On Friday, MediPharm announced that the company filed a $9.8 million lawsuit in the Ontario Superior Court of Justice against a company that we now know is HEXO. The statement of claim alleges that HEXO failed to make payments relating to the private label cannabis oil deal the two companies agreed to in February 2018.

BNN Bloomberg was able to access the court documents filed by MediPharm at the London office of the Ontario Superior Court of Justice. According to these documents, MediPharm is claiming that HEXO has not made a payment relating to the private label oil deal since this past October. The lawsuit goes on to allege that HEXO currently owes MediPharm $9.8 million in back payments.

The two companies initially signed the cannabis oil sales contract on February 19, 2019. Under the terms of the deal, MediPharm was to supply HEXO with approximately $35 million of private-label purified cannabis oil concentrates. HEXO agreed to initially buy $7.66 million worth of MediPharm’s oil in February 2019 followed by a minimum of an additional $27 million in cannabis oil concentrate over the next year. There was also an option attached to the deal giving HEXO the right to purchase an additional $13.5 million worth of product bumping the deal’s potential value up to $48 million.

Back in February of 2018, MediPharm and Newstrike Brands inked a deal in which Newstrike’s Up Cannabis brand would supply MediPharm with a total of up to 1,200 kg of excess cannabis flower and shake to create cannabis extracts. The following year, HEXO acquired Newstrike for $260 million in an all-stock transaction.

According to court documents, MediPharm stated that it fulfilled its end of the agreement but HEXO did not after the company allegedly failed to make its obligated payments for November and December 2019 as well as January 2020.

“The Defendant has failed to fulfill its contractual obligations for the months of November 2019, December 2019, and January 2020, specifically, the invoices have been delivered by the Supplier and Hexo has failed to pay the 50 percent payable for the amount of the committed purchase for those months,” stated the official court documents.

The court filing went on to state:

“The Supplier has fulfilled all of its contractual obligations and there has been no complaint by Hexo regarding the quality of the product delivered. Hexo is simply in breach of contract.”

A spokesperson for MediPharm said the company “will not comment publicly while this matter is before the courts.” As of this moment, there has been no comment from HEXO on the matter. 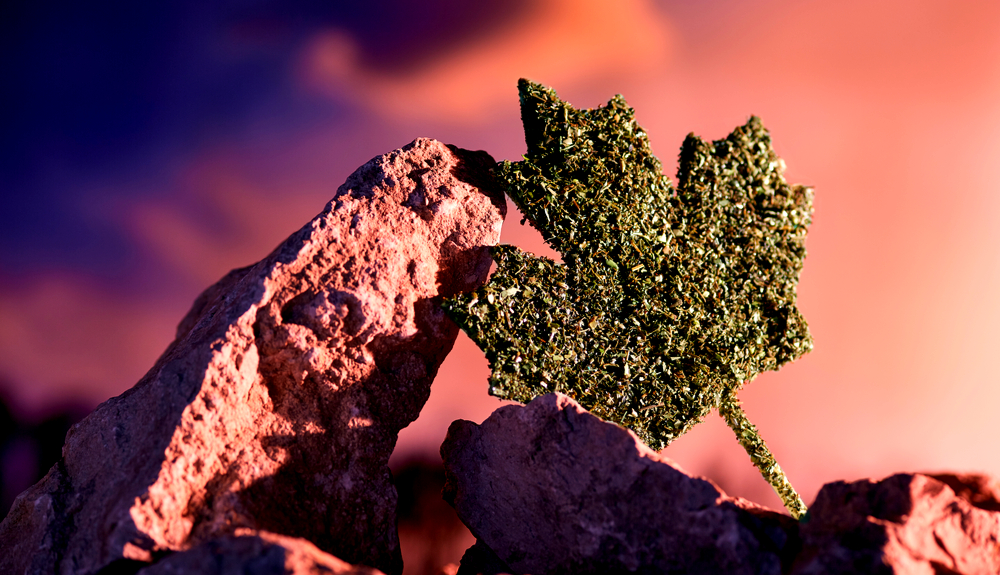 As a result of the newly disclosed lawsuit between MediPharm and HEXO, analyst Devin Schilling of PI Financial announced today that he has lowered his Price Target on shares of LABS stock from $8.50 to $7.25 per share. The analyst maintained his Buy rating on the stock.

“We believe [LABS] has sufficient capital to execute on its growth strategy regardless of the outcome of this dispute but the expected loss of what we believe to be a customer which represented greater than 10 percent of total revenue will likely impact near-term results,” wrote Schilling.

Schilling also covers HEXO and in December 2019, the analyst downgraded HEXO stock from Neutral to Sell in addition to decreasing his Price Target on the company’s stock from $3 to $2 per share.

“Our target represents an EV/Revenue multiple of 3.6x based on our FY21 estimates which is in-line with the peer group average,” said Schilling in December.

MediPharm’s stock sold off dramatically today in reaction to the HEXO lawsuit news and the lowering of the company’s price target by PI Financial analyst Devin Schilling.

Until today, LABS stock was looking semi bullish and primed for a possible reversal. Unfortunately, as you can see from the chart below, LABS sold off on heavy volume today potentially destroying its chart pattern after breaking through strong support slightly above $3.30. There is now a gap to keep an eye on between $3.70 and $3.40 that LABS will likely attempt to fill in the near term. The next few days will be crucial in determining whether LABS stock quickly rebounds above support or continues to push lower extending the downtrend. 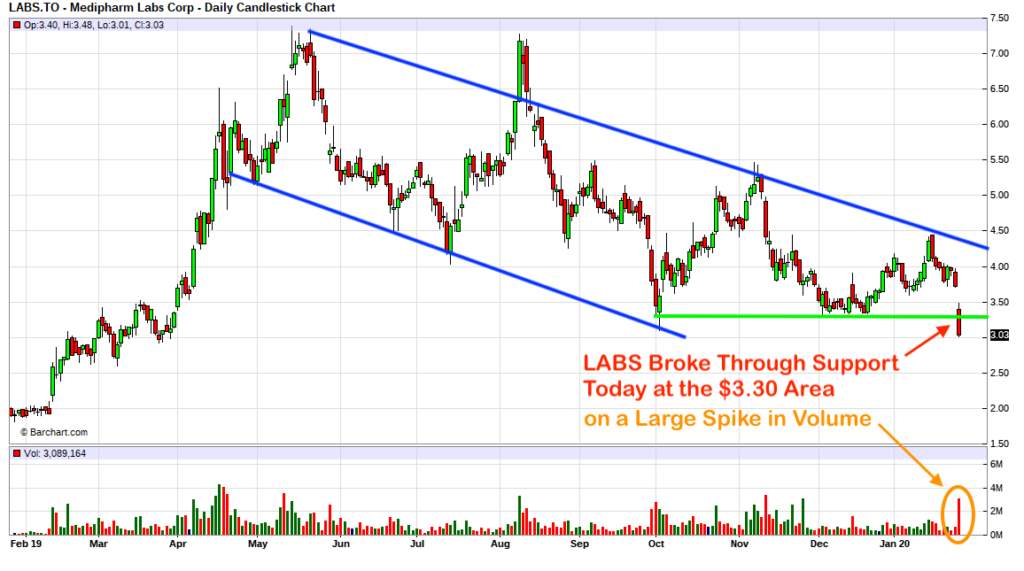