Here on the Marijuana Minute, you will find the top stories from around the industry in this week’s Cannabis Industry News Recap for the week of May 20th – 26th, 2019.

The NFL has long been a staunch opponent of medical cannabis use. All players are tested for cannabis at least once per year, with positive results leading to steep fines, mandatory participation in substance abuse programs, and playing suspensions.

But it looks like that could all change — and soon.

The widely popular cannabinoid called CBD (cannabidiol) has taken the nation by storm. Many have heard the FDA’s disapproval of CBD producers and sellers advertising the drug as a cure-all, from anxiety, pain management, inflammation, and the likes. The FDA has an iron fist that should be feared as it is powered by it’s $6 billion budget, over double that of the DEA’s previous $2.86 billion budget. The FDA continues to take a heavy stand as over the past month they charged three CBD companies after they violating the federal food and drug act. The charges came after the companies misbranded and made false or unsubstantiated health claims around CBD that the FDA deemed as unsafe. With the industry in mid-explosion, many companies are questioning whether they should continue production and sale of their hemp derived CBD products.

On December 11, 2018, U.S. Congress voted in favour of the $867 billion Agricultural Improvement Act of 2018, commonly referred to as the ‘2018 Farm Bill.’ The massive five-year agricultural bill — which was supported by both sides of the American political aisle — will result in billions of dollars worth of subsidies for farmers, the strengthening of farmers markets, and tighter requirements on food stamps.

The 2018 Farm Bill also means that hemp production in the U.S. is now legal at the federal level.

As the CBD industry continues to thrive, we see the advent of more players entering the space. From unique product offerings and verticals to big-box retailers, all sides of the equation are beginning to point towards a very large and budding CBD industry. As of recent, massive retailer, Walmart Inc. (NYSE: WMT) has been busy getting ready for the day that they can sell CBD. Reporters at The Post have been in communication with the executives of these major chains, including the executives at Target Corporation (NYSE: TGT), who have also been reportedly meeting with CBD product manufactures.

It won’t get you high, but lots of people are high on hemp. Thanks to the passage of the 2018 Farm Bill last December, hemp — marijuana’s no-buzz cousin — is no longer a federally illegal controlled substance. A provision in the bill allows farmers and other cultivators to grow the leafy, lanky plant, cannabis sativa L, and sell its harvest to processors, who in turn extract and market raw materials to producers of hemp-based products, everything from foods, beverages and cosmetics to paper, clothing and building materials.

The federal Cannabis Act specifies that each household can cultivate up to four plants — either indoors or out. Manitoba and Quebec have opted to prohibit homegrown cannabis, but there’s already evidence Canadians in other provinces are set to take advantage of the herb’s newly legal status.

Companies that sell cannabis products—even those consisting of CBD derived from hemp, which was legalized in the U.S. through the Farm Bill late last year—are continuing to have trouble accessing basic financial services that are available to businesses in other sectors. That includes being able to maintain bank accounts and process their customers’ credit cards.

The latter problem could be solved under a new pilot program that has quietly been launched by the payment processing service Square.

The Senate approved a bill on Thursday that is mostly focused on providing relief aid to areas impacted by natural disasters—but it also includes a provision ensuring that hemp farmers qualify for federal crop insurance.

The hemp section was inserted into the legislation at the behest of Senate Majority Leader Mitch McConnell (R-KY). Though similar language already exists in the 2018 Farm Bill, which federally legalized hemp and its derivatives, the senator took an added measure to provide clarity to farmers who want access to the insurance option ahead of the 2020 planting season.

One of Aphria’s awarded lots and all three of Demecan’s were challenged by an unsuccessful applicant.

CBD Legislation in the UK has been unclear for quite a long time but now there is growing speculation that the rules may tighten and effectively outlaw CBD products. In a move that was not widely publicized or understood the EU added cannabinoids to the Novel Food Catalogue this year. What’s notable here is that it wasn’t the whole cannabis sativa plant but just the useful cannabinoids that are stored within.

The Garden State’s legislature is moving toward approving a major expansion of its medical cannabis program, which to date has awarded only 12 dispensary licenses for all of New Jersey.

In its budget tabled in 2019, the Quebec government expected the SQDC to receive revenues of $ 20 million for 2019-2020. After six months of exercise, its leaders expect to be able to keep their promises.

The crown corporation has not yet reached cruising speed, admits SQDC CEO Jean-François Bergeron, who, however, is satisfied with the company’s progress in an interview with Radio-Canada.

A congressional committee voted in favor of a wide-ranging immigration bill on Wednesday, and the legislation includes marijuana-related protections for people who were brought to the U.S. as children.

Under the DREAM Act as approved, having low-level cannabis convictions, or engaging in state-legal cannabis-related activities such as working in the regulated marijuana industry, would not be counted against applications for permanent resident status for so-called Dreamers. 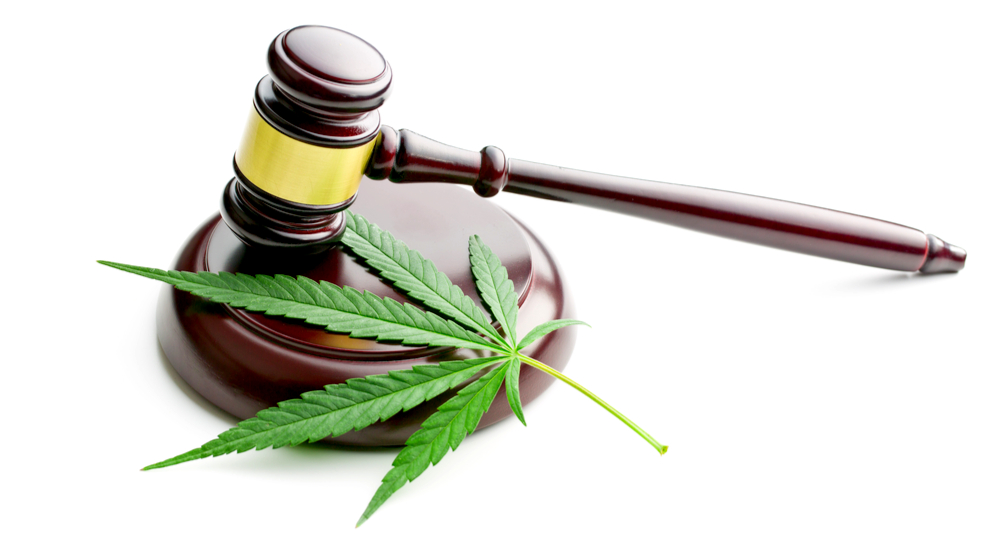 In an interview with Marijuana Business Daily on the sidelines of the European Cannabis Symposium in Copenhagen, Nørby said regulations and legislation for medical marijuana in Denmark and across Europe should be streamlined for the benefit of patients and businesses.

A congressional committee report attached a large-scale spending bill containing marijuana-related protections has been amended to include a call for the Drug Enforcement Administration (DEA) to finally act on long-pending applications for federal licenses to grow cannabis for research purposes.

The legislation itself, which was released by a House subcommittee last week, could still be further amended as it goes through the legislative process. But as approved by the full House Appropriations Committee on Wednesday, the bill stipulates that none of the Fiscal Year 2020 funds it allocates may be used by the Justice Department to interfere in state-legal medical marijuana programs.

Five Things CBD Insiders are Looking for From the FDA

The hemp industry cheered when the plant was legalized last year. But the promise of hassle-free commerce from hemp’s most valuable product – the cannabinoids in its flowers – has remained elusive.

That’s because the U.S. Food and Drug Administration waited less than 24 hours after hemp was legalized to extinguish hopes that cannabinoids, especially CBD, would be allowed in food, drugs and dietary supplements.

Below is a snapshot detailing how the salaries of certain North American cannabis CEOs (shown in alphabetical order by company name) compare with their mainstream counterparts in the United States. The U.S. figures, culled from the Bureau of Labor Statistics, represent the mean annual salaries for CEOs in agriculture and food manufacturing as well as the national estimate for mainstream CEOs.

The federal government would save money if a bipartisan bill to give marijuana businesses access to banks is approved, according to a report released by the Congressional Budget Office (CBO) on Friday.

The legislation, which cleared the House Financial Services Committee in a bipartisan vote of 45 to 15 in March, would change federal law to protect financial institutions that service the cannabis industry from being penalized by regulators. That reform would set off a chain of events, beginning with a likely increase in the number of banks accepting deposits from those businesses, CBO reasoned.

The California Senate on Tuesday approved legislation to create state-chartered cannabis banks to help the industry get around restrictions on access to banking services.

Under the state legislation, which was approved by a vote of 35 to 1, private banks or credit unions can apply for a limited-purpose state charter so they can provide depository services to licensed cannabis businesses. The measure, Senate Bill 51, still requires approval of the Assembly and California Gov. Gavin Newsom to become law.

As corporate cultivation operations in California continue to expand, small cannabis growers in the Golden State are banding together to develop cooperatives in an attempt to gain a competitive edge against their large-scale rivals.

Co-ops present pros and cons for smaller marijuana growers. But those who are making the move point to these factors:

Pot Shop Cuts Hours Because it Can’t Get Enough Cannabis

An Ottawa pot shop is being forced to significantly reduce its hours because it’s consistently running out of cannabis and says the province won’t allow it to increase its order.

The Hobo Recreational Cannabis Store on Bank Street, which was operating seven days a week for 14 hours a day, will now close early on Tuesdays and entirely on Wednesdays.

It will open again on Thursdays at 6 p.m. after its weekly delivery arrives.

Trump Official Would Rather Discuss Marijuana Than President’s Tax Returns, He Says

The head of the Treasury Department said on Wednesday that he was relieved when a congressman asked him a question about marijuana after being grilled all day about President Donald Trump’s tax returns.

Rep. Ed Perlmutter (D-CO) did begin his questioning by addressing the tax return issue, asking whether Trump directed Treasury Secretary Steven Mnuchin to withhold his tax information. But recognizing that the official wasn’t likely to give any especially helpful or revealing responses, the congressman said he wanted to “change the subject.”

Chart: Comparing the Price Per Milligram of THC in Cannabis-Infused Products

Makers of marijuana-infused products can set competitive prices for their edibles, beverages, tinctures, topicals, capsules or sublinguals by looking at the average price per milligram of THC in those products in various markets.

Data that shows the average price per milligram of THC can provide some insight into what consumers are willing to pay for those products in new and mature marijuana markets.

On the surface, the marijuana industry looks like the greatest thing since sliced bread to hit Wall Street. We’re talking about an industry that’s been collecting tens of billions of dollars under the table for decades and is now stepping into the light of legality. After generating $12.2 billion in worldwide revenue in 2018, some Wall Street investment firms foresee legal weed sales hitting up to $75 billion a year globally by 2030.

Hemp and hemp-derived CBD are now legal in the United States, and finally, the national regulatory agencies are starting to bring their guidelines into conformity with the new law.

A significant step was taken with the issuance last week of a memo on CBD products by the U.S. Patent & Trademark Office (USPTO) — a move anticipated ever since hemp-derived CBD was legalized by the passage of the 2018 Farm Bill in December. This lag between Congressionally approved legislation and regulations promulgated by the relevant oversight agencies has resulted in persisting legal ambiguities about the status of CBD.