Leadership Matters: Why not all Cannabis Stocks Deserve Your Dollars - The Cannabis Investor

Leadership Matters: Why not all Cannabis Stocks Deserve Your Dollars

Do you know how a hermit crab keeps itself safe? It moves to new shells to compensate for its lack of natural protection, and with growth, it has to come out and search for a new, larger home. In the world of startups, there are many hermit crabs–they scramble from shell to shell, but in truth, they are exposed not because of nature but because of their own choices.

Aphria Inc.’s (TSX: APHA) (NYSE: APHA) recent trouble show just how crucial natural protection is–the company scrambled to acquire Latin American properties and found itself exposed to a feeding frenzy by short-sellers who said that the company was “largely worthless” and that the deals seemed to benefit buddies of the executive team. This is the type of stuff you see in documentaries about the animal kingdom–dominance eventually asserts itself, and imposters are found out.

Only the strong and authentic management teams will survive increased scrutiny and stiffer competition in the times ahead. And where can we find management teams with a truly hard shell who know the waters around them? After all, in Canada, there are many seasoned executives whose depth of experience is almost entirely in mining and natural resources. Beyond the shared letter M between mining, minerals, and marijuana, what do those leaders bring to the table in the cannabis industry? Well, there’s another M word, money, that might be their primary motivation. That’s fine in capitalism until the lack of domain-specific knowledge culminates in public disaster.

Aleafia Health Inc. (TSXV: ALEF) (OTCQX: ALEAF) (FRA: ARAH) is one company that has built a reputation as a home for hearty leaders who won’t lead investors astray. Aleafia’s board and management are very accomplished in law enforcement and big business:

Their credentials include decades heading the Royal Canadian Mounted Police, major municipal police departments around Ontario, leading Toronto’s fire department (the largest in the country), and, importantly for ALEF, they’ve previously been appointed by the Canadian Prime Minister to the Task Force on Marijuana Legalization & Regulation.

When it comes to keeping the business free and clear or conflicts and shabby deals, Aleafia boasts decades more experience in the Canadian Parliament, corporate governance, and teaching law and medicine.

With the trouble that Aphria has created, people will be worried about the credibility of corporate teams to take the business plans across the line. Short-sellers will look deep into the darkest corners of each company, and they’ll shout their findings far and wide.

Aleafia’s second-mover advantage is that they see the mistakes made by leaders who were really just being carried by the winds of investor excitement– Aleafia focuses on creating value and not on running up shares. This team has the experience, diligence, and the know-how to scale exponentially and sustainably. 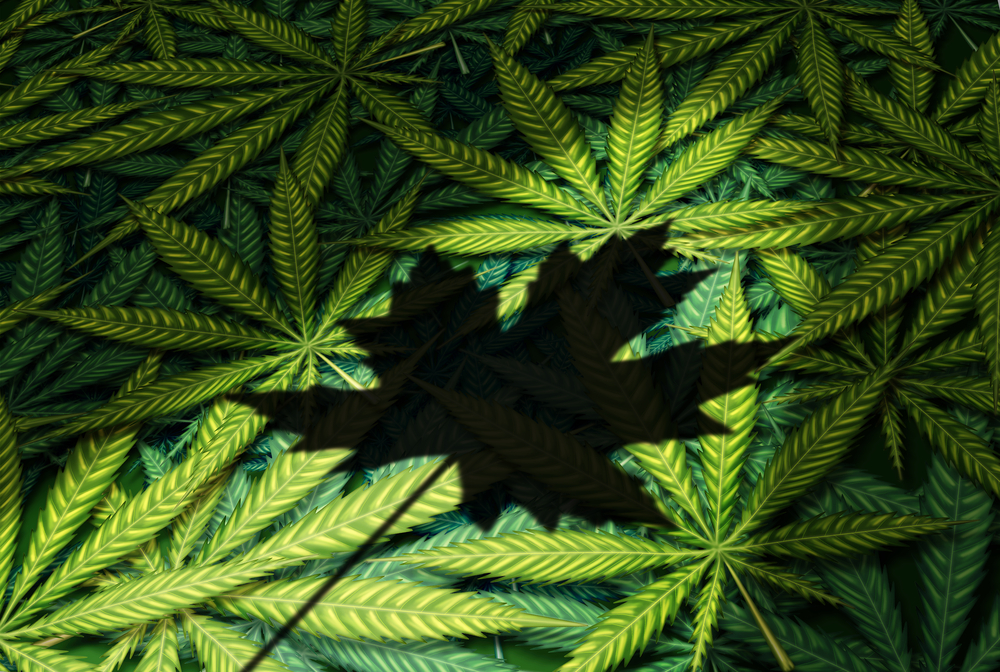 Tilray is going global by partnering with pharmaceutical titan Novartis, the result of an effort by a connected, knowledgeable, and strategically minded executive team. With this move, Tilray shines a positive light on the entire cannabis sector, cementing cannabis-derived products as part of a serious and balanced set of treatment approaches on par with pharma. The company is also kicking open doors for second-movers and innovators who will come to Tilray first when they want to advance their own disruptive and market-changing solutions.

Canopy is driven by CEO Bruce Linton, who believes in banking money until you make the right move, all while keeping your eyes open for the best angles. Canopy is growing by leaps and bounds across an impressive and diverse set of operations including hardware, manufacturing, software, and liquids. He talks in tech terms about his cannabis company because he wants to reach near-utility status like Amazon, providing a range of services people “can’t live without.” That’s compelling stuff to investors.

Then take FSD Pharma: insiders hold so many voting shares that governance is skewed for the worse, and the company seems not so publicly traded but rather privately controlled.

Insiders are in the driver’s seat, and the fuel in the tank seems to be a lot of hype, like the press release that boasted about how it broke CSE volume records on the first day of trading on the basis of an astronomical 1.3 billion outstanding shares. Did lots of shares move? Sure. Did the stock movement that day or since then prove anything about the company’s true value? Only that it was worth 12 cents per share by the closing bell.

So aside from the insider holdings, outsiders in the form of strategic partners also have more influence on the company going forward than general shareholders do. What’s more, insiders have been selling into the slide since September rather than reaffirming their commitment to the company.

Not all cannabis companies are created equal: Leadership matters. As you consider cannabis stocks, you want to align your fortunes with those who can stand on their own strengths, who don’t use hype to substitute for substance, and who hang in there and show their belief in plans they’ve thought through carefully and are ready to implement.