The uncertainty in the cannabis industry is different, more difficult to manage, and more of a barrier to success.

Bruce Linton said at the 2018 CanEx Jamaica conference while still CEO of Canopy Growth (TSX: WEED) (NYSE: CGC) (FRA: 11L1) that he knew how to manage uncertainty. “Plans are OK to bad,” he said. “Culture and philosophical underpinnings of how you react to the absence of a plan when circumstance change is good.”

Canopy Growth appeared to be the flagship of all cannabis companies when it started business in 2013 in Canada as Tweed before being renamed in 2014. After an initial surge of business development and investor interest, and, in the process, becoming the first cannabis company to be listed on the New York Stock Exchange in May 2018, Canopy Growth struggled.

In May 2020, the company reported its second billion-dollar quarterly loss in part because of the pandemic (the first billion-dollar loss occurred in fiscal quarter 2019).

Another Canadian cannabis powerhouse, Aurora Cannabis (TSX: ACB) (NYSE: ACB) (FRA: 21P) in Edmonton, one of the world’s largest cannabis producers with sales and operations in 25 countries, asked its CEO, Terry Booth, to step down into an advisory role in February.

Other major cannabis companies have faced their own unique challenges. Tilray (NASDAQ: TLRY) (FRA: 2HQ), one of the first companies to export cannabis to other countries; and MedMen (CSE: MMEN) (OTCQX: MMNFF) (FRA: 0JS), dealing with poor management decisions that wrecked its development, have both lost millions over the last two years, but are still trying to put a good face on its recovery moves today by rearranging leadership or otherwise reorganizing business plans.

Hard lessons have been learned about jumping into an uncertain industry like cannabis, with a killer combination of dozens of legal and regulatory trapdoors along with a slew of bad actors.

Much of the movement of cannabis companies into psychedelics (mostly psilocybin mushrooms) can be traced to cannabis companies tiring of battling the ups and downs of the cannabis market, which for six years, has always seemed on the verge of getting out from under legal issues related to being a Schedule 1 drug in the U.S. only to stall again and again.

Settling banking issues for the generally cash-only U.S. cannabis companies has become a top priority that appeared to be on the verge of getting fixed.

There was movement in Congress on a cannabis banking bill that excited the marijuana industry last year—the Secure and Fair Enforcement Banking Act of 2019 (SAFE Act)—which is a law that allows cannabis businesses to legally use banking services for the first time like any other business. It currently has bipartisan support of 206 congressmen, by far the most widely supported cannabis-related bill of all time, championed by mostly Democrats with a majority from California.

The SAFE Act made history in the cannabis industry when it was passed by the House on September 25, 2019.

But that bill now sits in the Senate and is unlikely to be voted on there until well after the November elections.

That just adds to the uncertainty of when, or if, legislators will get out of the way of this multi-billion industry.

The pandemic added to the confusion of whether or not the cannabis industry would continue to succeed—advocates cheered the fact that selling medical and recreational cannabis was considered an “essential” business, but federal SBA funds to keep the companies operating were still denied. 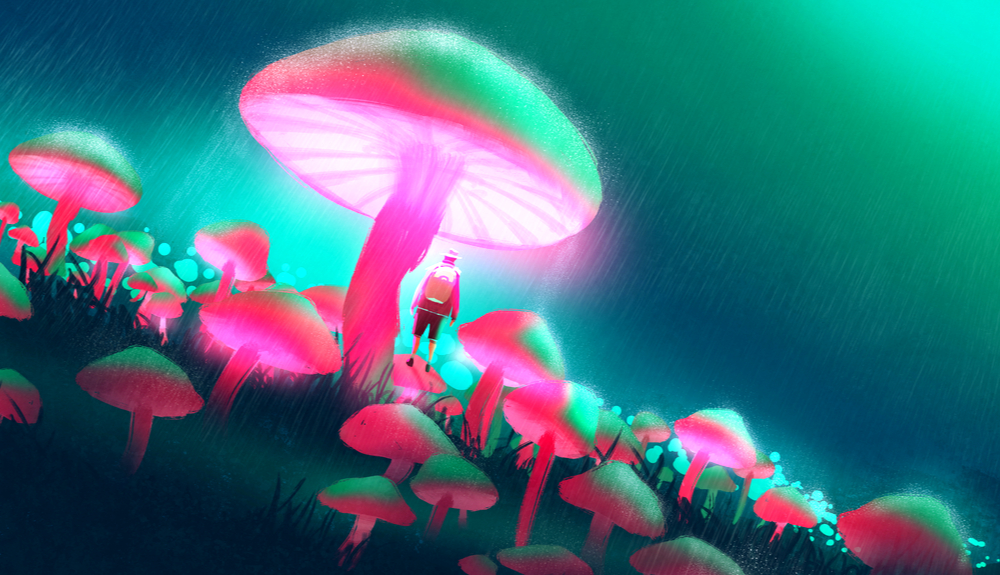 Then the Food and Drug Administration (FDA) provided an important tripwire for the psychedelics industry in November 2019, giving breakthrough therapy designation to expedite the development of psilocybin for treating depression to Usona Institute in Madison, Wisconsin, a non-profit medical research organization created in 2014. Psilocybin therapy to treat depression has a potential market of 300 million people suffering from depression around the world.

That FDA move caught the attention of investors and cannabis entrepreneurs alike looking for a sure thing in a plant-based health and wellness therapy, where cannabis has failed in part because of the combination recreational/medical market that cannabis represents, and the ongoing stigma that comes with it.

The psychedelics industry was estimated at $38 billion in 2017. Psychedelics are seen to be a safer investment, with more careful, thorough clinical trials for medicines to be used in thoughtful, organized patient-guided therapeutic sessions.

And now, the cannabis-plus-psychedelics business development disruption is gaining steam.

Jumping in most recently is the co-founder of Tokyo Smoke, Lorne Gertner, announcing that he will become chairman of a new company that merges his company—CannaGlobal—with Sansero Life Sciences, a psilocybin bioscience development company, and Rise Wellness, a psilocybin treatment and retreat company. (Gertner sold Tokyo Smoke to Canopy Growth in 2019 for $186 million.)

There is a growing consensus that this industry will soon hit its stride.

This is where Canopy Growth’s Linton has landed. He is an investor and board member with both Red Light Holland (CSE: TRIP) (FRA: 4YX), based in the Netherlands and selling microdose psilocybin truffles; and MindMed (NEO: MMED) (OTCQB: MMEDF) (FRA: BGHM), an industry leader in developing psychedelic medicines. “Here is my approach to investing that makes a ton of sense for psychedelics,” Linton said during his presentation at the PsyTech Virtual Summit on May 25. “I would say I am not an investor. What I do is buy part-time jobs,” he said.

He said that there is a lot of discussion about the rate at which the psychedelics industry will transform, which he doesn’t align with. “I don’t think it will be an overnight success,” he said. “But there will be a disruptive outcome, which means you need to prepare yourself to write three checks, not one.”

Many investors are looking for an instant rate of return, and are being told by the streets or the investment banks that psychedelics are the next play, Linton said. “I don’t like when it’s described that way. I think what this is is the next opportunity for disruption.”

Linton says he would like to see a platform company created which has common functionality, dealing with finance, regulatory affairs, clinical practices and supply chain management. “The platform’s purpose is to be able to onboard the best intellectual advancing leadership, and provide de-risk for researchers,” he said.

That is what he says is happening in the evolution of MindMed, which is building those capabilities to increasingly become a platform company. “The effect will be that it will attract people who want to succeed on a de-risk basis,” he said. “This space is certain to be disruptive, but it is not certain that everyone will be successful. I do think that a platform approach can be quite a disruptive approach to the traditional method of forming a company in generally the biotech research base.”

Asked what inning that the psychedelics space is in now, he said that “it goes to how you would answer that question about cannabis. Are you talking about medical research on efficacy of dosage, or the speed rolling a joint in an automated process?” Linton said.

“Looking at psychedelics, we are at best in the first inning. And I say that because the data has yet to be read on anything that has been funded under this new wave of support. And when it is, the first data being read out will be the end of the first inning. Then it’s on to a very much bigger game.”