It Was a Historic Week for Cannabis Reform in Washington

The winds of change in Washington D.C. are blowing — and they smell like a familiar green plant.

On Tuesday, June 25, 2019, a historic bill containing wide-reaching protections for cannabis programs in all states, territories, and districts received final approval in the House. And instead of mounting a futile resistance, long-standing cannabis opponents appear to be getting out of the way.

The bill passed comfortably with a vote of 267-165 last week — receiving greater support than a 2015 amendment that protected only medical cannabis states — signaling just how far U.S. politicians have come on cannabis reform. Additionally, the bill was bolstered by separate legislation (which cleared the House on Wednesday, June 26, 2019) offering protections to banks that service the cannabis industry. The banking protection measure was accepted without a fight.

Support for Cannabis Reform is Growing

As the Co-Founder of the Congressional Cannabis Caucus — and lead sponsor of the amendment — Rep. Earl Blumenauer’s support of cannabis reform has been clear and outspoken:

“It’s past time we protect all cannabis programs,” says Rep. Blumenauer. “We have much more work to do. The federal government is out of touch and our cannabis laws are out of date. I’m pleased that the House agrees, and we are able to move forward.”

“Another cannabis win in the House!,” tweeted Earl Blumenauer, U.S. Representative (Democratic) for Oregon’s 3rd congressional district. “Today, we passed new banking protections for cannabis businesses. We must address the irrational, unfair, & unsafe denial of their banking services around the country. Let’s keep up this momentum. Time for the Senate to act!”

“Today’s vote is the most significant step Congress has ever taken toward ending federal marijuana prohibition,” says Steven Hawkins, Executive Director, Marijuana Policy Project. “Congress is recognizing that the federal government must let the states decide on cannabis legalization — and not the other way around.” 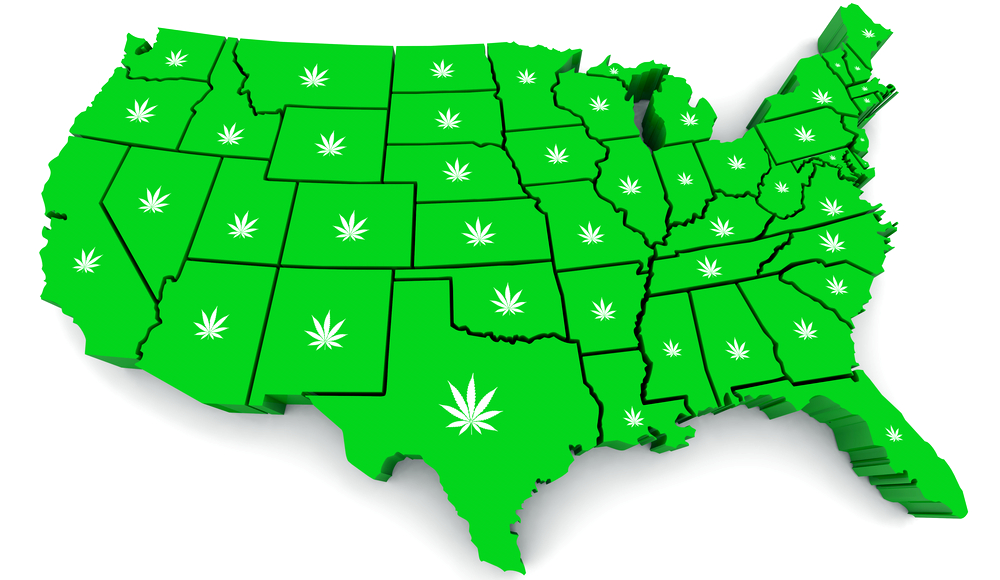 The Opposition is Losing Ground

This historic week for cannabis reform in the U.S. wasn’t completely without opposition — but the lack of serious resistance in Congress speaks volumes about the changing political tide south of the border.

Initially, during a House Committee on Appropriations Markup, Rep. Chris Steward (R-UT) filed an amendment designed to limit the banking safeguards only to those servicing medicinal cannabis. However, sensing he was on the wrong end of a lopsided debate, he withdrew the amendment before it was voted on.

The withdrawn amendment by Rep. Stewart was the sole legislative attempt to block the cannabis banking protections measure; not a single other lawmaker put forth an amendment for debate.

To further hammer the point home, Democratic leaders opted to not include a longstanding provision blocking Washington from using tax dollars to introduce a legal cannabis sales program. Some assumed that the provision — which was introduced by anti-cannabis congressman Andy Harris (R-MD) and passed years ago — would be reinserted by Harris in the form of an amendment.

“We’re not in charge anymore,” said Harris to reporter Matt Laslo, referring to the Republicans, who lost control of the U.S. House in the 2018 midterm elections.

Support for cannabis reform is the U.S. is undoubtedly growing, but just how close are they to full cannabis legalization? According to Michael Collins, Director of National Affairs for the Drug Policy Alliance, it’s the closest that the country has ever been.

“The end of marijuana prohibition has never been closer,” says Collins. “When the Drug Policy Alliance and a small band of allies first worked on this amendment in 2015, we were told that we didn’t stand a chance. But we convinced members this was the right thing to do, and four years on, victory is sweet.”