Last week, the governor of Illinois announced that the state brought in $52 million in tax revenue in the first six months of legal recreational cannabis sales. During that same time period, total marijuana sales amounted to $239 million. The state announced that 25% of the collected cannabis tax revenue would fund an extensive community reinvestment program to support those communities most negatively impacted by the failed war on drugs.

“Illinois has done more to put justice and equity at the forefront of this industry than any other state in the nation,” explains Gov. J.B. Pritzker (D), who pardoned more than 11,000 individuals with cannabis convictions in advance of the program’s implementation. “We’re ensuring that communities that have been hurt by the war on drugs have the opportunity to participate.”

Of the $52 million in tax revenue, the Illinois Department of Revenue brought in approximately $35 million from excise taxes and $18 million in sales taxes, which will be shared with local jurisdictions. It’s estimated that a full $26 million of the recent tax revenue windfall will go to the state’s general fund.

“I’m proud to work with Governor Pritzker in creating equity in the cannabis industry in a way that no other state has done,” says Toi Hutchinson, the former state senator and unofficial ‘cannabis czar.’ “By expunging hundreds of thousands of cannabis-related records, reinvesting the money spent on adult-use cannabis in Illinois into communities that are suffering, and making equity a central focus of the cannabis licensure process, the administration is ensuring that no community is left out or left behind.” 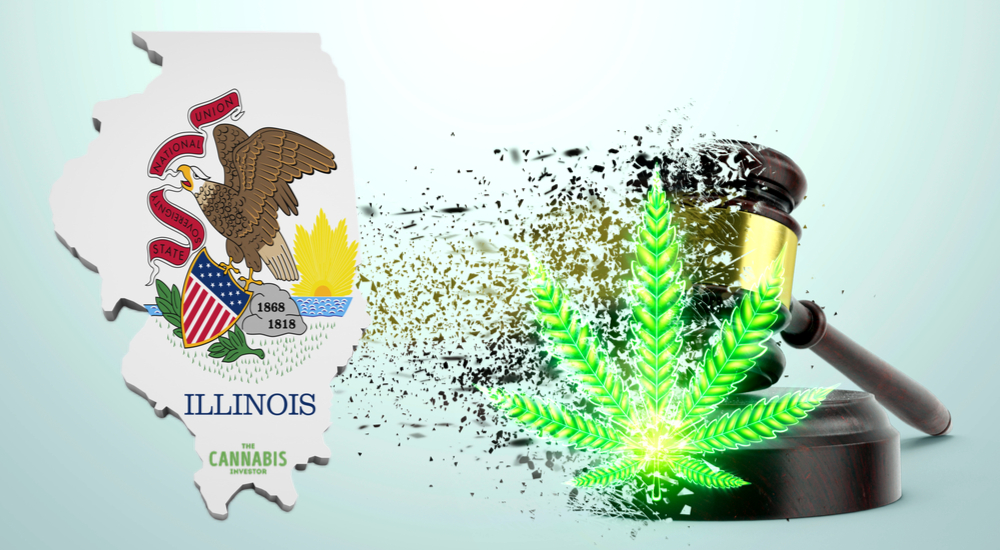 During his State of the State address in January 2020, Gov. J.B. Pritzker (D) predicted that the emerging cannabis tourism market would provide a much-needed shot in the arm to the state’s coffers. His prediction couldn’t have been more accurate.

“Last year we made enormous strides toward equality and opportunity when Democrats and Republicans came together to legalize adult-use cannabis with the most equity-centric legislation in the nation, which will result in 63,000 new jobs and new opportunities for entrepreneurs, especially those from communities that have been left behind,” said Pritzker.

Pritzker argued that in addition to supporting social equity, the state’s adult-use cannabis program “gives us a chance to collect tax revenue from the residents of Wisconsin, Missouri, Iowa and Indiana” and provides “a second chance to hundreds of thousands of people who had a low-level cannabis conviction or arrest on their record.”

The governor also touted the potential for Illinois’ legalized cannabis market to help diminish dependence on opioids, allowing for residents with chronic pain to access marijuana legally and without judgement: “We’re focused on using evidence-based practices to reduce racial disparities as we continue to battle the opioid crisis.”

Sales Are Through the Roof — So is the Resulting Social Support

Pritzker’s plan seems to be working better than even he could have imagined. The just-released cannabis figures in Illinois for the month of June show a record-breaking $47.6 million in sales, which includes $12.4 million coming from out-of-state visitors. This impressive number represents a total of 994,545 cannabis items sold in stores — which is 5,000 higher than any previous month.

The official notice by the Illinois government also mentions the state is offering $31.5 million in grants for traditionally underserved communities throughout the state, along with a range of other supports.

“In addition to providing financial support to organizations offering services in disproportionately impacted communities, the administration offered lower application fees, low-interest loans, and informational workshops on cannabis-related licenses to social equity applicants,” explains the official notice. “Governor Pritzker is also working with State’s Attorney Kim Foxx, the Prisoner Review Board, and state’s attorneys across Illinois to expunge the records of non-violent offenders with a cannabis-related conviction.”

What we’re seeing unfold in Illinois shows us that legalized cannabis isn’t just about the permitted recreation. It’s about the range of social and economic benefits that come along with it.