One Lineup at an Ann Arbor Dispensary Stretched Nearly 3 Blocks

Michiganders aged 21 and up can now legally purchase marijuana from licensed dispensaries with a valid driver’s license or state ID. Michigan residents are allowed to carry up to 2.5oz on their person and up to 10oz at home.

Michigan’s medical cannabis industry was hugely successful as it served approximately 300,000 residents and according to the U.S. Department of Health and Human Services, the Great Lake State’s adult-use market is expected to serve around 1.5 million consumers. According to Michigan officials, first-year sales are expected to generate hundreds of millions of dollars despite the currently limited amount of stores. Once the market matures, Marijuana Business Daily anticipates the Michigan market could generate annual sales of nearly $2 billion.

In an attempt to curb the illegal black market, Michigan moved its adult-use sales start date from January 1, 2020, to December 1, 2019. Many of the cities in Michigan are currently not allowing adult-use sales and the state’s largest city Detroit won’t see its recreational sales begin until January 31, 2020.

Residents of Illinois will be allowed to possess up to 30g of cannabis flower, 5g of concentrate products and 500mg of THC in edible form. Residents from outside of Illinois will be permitted to possess half the aforementioned amounts. The medical cannabis market in Illinois is smaller than Michigan’s serving roughly 91,000 customers but is expected to see that number skyrocket to approximately 1 million once the state’s adult-use sales go into effect at 6 am on New Years Day 2020.

In Michigan, three stores were open for business on the first day of legal sales this Sunday, all of them located in Ann Arbor. Arbor Wellness, Greenstone Provisions and Exclusive Ann Arbor all experienced a massive influx of customers as people lined up around the block and even camped out overnight for the chance to buy legal cannabis. According to The Detroit News, some consumers even travelled from Ohio, Pennsylvania and Indiana adding to the large crowd of customers.

Omar Hishmeh, owner of Exclusive Brands said his store served nearly 1,000 customers on the first day of legal sales in Michigan. For the most part, consumers purchased cannabis flower but according to Hishmeh, his Ann Arbor store sold more edibles on Sunday than it normally does in an entire month to its medical users.

“It was so exciting and there was so much adrenaline and no one was concerned about the wait,” stated Hishmeh.

When it came time to close up shop at 9 pm on Sunday, Hishmeh had to turn away roughly 250 people but did give these customers a golden ticket voucher allowing them to jump to the front of the line today as well as giving them a discount on their purchases.

“We knew we would have enough inventory for a couple of days. We’re very fortunate to be vertically integrated. We don’t anticipate running out of flower this week. We have harvests that are drying from our commercial grow,” added Hishmeh in regards to his supply.

According to David Harns of the public information office for the Michigan Department of Licensing and Regulatory Affairs, the three Ann Arbor dispensaries pulled in $220,000 in total sales on Sunday. If you average that number over a year, there is a potential for these three stores alone to do over $80 million in sales.

“It appears everything is fine today. There are long lines, but the demand is there for sure,” said Harns. 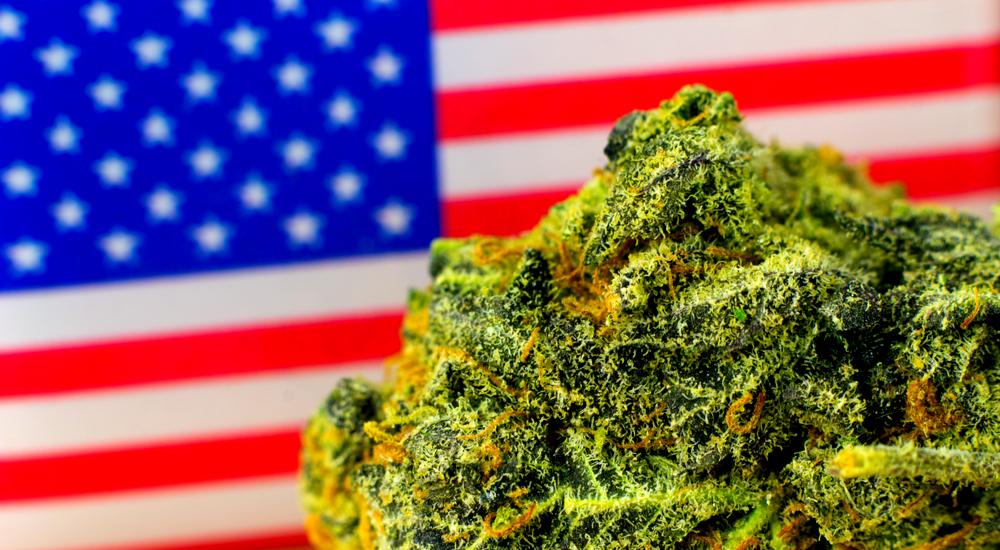 How can investors gain exposure to the new and lucrative Michigan adult-use cannabis market? That is without a doubt the main question in the minds of cannabis investors after digesting today’s Michigan news. As I’m sure you are aware, The Cannabis Investor is very high on a new U.S. multi-state operator (MSO) by the name of Red White & Bloom (CSE: RWB – IPO Soon).

In Michigan, RWB currently has 12 operating stores with 2 more in the pipeline set to come online shortly. The company also has 3 cultivation facilities that are set to come online in 2020. In Michigan alone, RWB is already generating over $100 million annually and company CEO Brad Rogers anticipates RWB could generate as much as $250 million – $300 million in 2020.

“This opportunity that we’ve created south of the border, in Michigan specifically right now, is like I’ve never seen before,” stated RWB CEO Brad Rogers in an interview with Midas Letter.

In Illinois, RWB’s massive 3.6 million sq ft indoor CBD cultivation facility is currently producing top of the line CBD flower and the company has already harvested 60 tons which it plans to use to create high margin branded cannabis products. At full power, the Illinois greenhouse facility is expected to pull in another $150 million – $200 million per year in sales.

In Michigan, RWB’s head start on its competition is proving to be extremely valuable as Rogers explained that all medical license holders in the state will get a two year run on recreational licenses with no new adult-use licenses being issued for two years.

Until then, you can sign up for our email newsletter below and we’ll keep you posted on any new Red White & Bloom related developments.