How Psychedelics Ease the End-of-Life Pathway - The Cannabis Investor

How Psychedelics Ease the End-of-Life Pathway

Discussions about the use of psychedelics for end of life therapy center on the positive events of the experience, even addressing critical questions that help broaden the understanding of this last mission all humans embark on: What happens after we die?

That “what’s next?” question is at the heart of the anxiety and depression in patients facing end-of-life scenarios.

Most people already believe in something beyond this worldly life. According to a study by Jesse Bering, a research psychologist and cognitive scientist at the University of Otago, New Zealand, many people believe that the dead have emotions, and 35 percent believed in “psychological continuity” or the belief in the afterlife.

Jim Davies, author and professor at the Institute of Cognitive Science at Carleton University in Ottawa, Canada and director of the university’s Science of Imagination Lab, wrote in his book “Riveted,” that, although people have no trouble understanding that bodies die, “there is not much evolutionary pressure to get people to believe that minds die. So people go on thinking that minds continue to exist after death.” Death, it seems, is not the end. “Certain mental states persist after death,” he wrote.

This sort of new research about death has helped create a real dialogue about what death really is—and how psychedelics are helping people understand death. It is more than just a leap into the end of consciousness. It can be a journey into self through psychedelics in the final days or months of a terminal patient’s life, with less anxiety and depression and more of connection to everything and everyone.

A 2016 study by researchers at Johns Hopkins showed that a single dose of psilocybin produced large and significant decreases in clinician-rated and self-rated measures of depression, anxiety or mood disturbance, and increases in measures of quality of life, life meaning, death acceptance, and optimism in patients with a life-threatening cancer diagnosis.

Ratings by patients themselves, clinicians, and community observers suggested these effects lasted at least 6 months.

Five years earlier, a pilot study had the same results, concluding it “established the feasibility and safety of administering moderate doses of psilocybin to patients with advanced-stage cancer and anxiety.”

Another study at New York University (NYU) gave patients experiencing imminent death scenarios higher doses of psilocybin, who then underwent nine months of psychotherapy. “All subjects experienced a rapid clinical improvement,” Dr. Stephen Ross, assistant professor of psychiatry and child and adolescent psychiatry at the NYU School of Medicine, reported to the National Cancer Institute. “Those who had death anxiety had a significant reduction or resolution of that anxiety. We’ve also seen decreased anxiety and depression in general; patients are becoming more spiritual and philosophical, and people are becoming better integrated with their families and dealing with unresolved conflicts, preparing more for their future, and preparing, in some ways, for their death,” Ross said.

Anthony Bossis, assistant professor of clinical psychiatry at NYU, reported similar patient experiences from the NYU study. “Patients say it reframes how they see life and death. One patient, now deceased, said he realized that consciousness doesn’t end, it doesn’t die, it continues, and that his body is one aspect of life, that physical death is part of the life experience, but there’s a broader continuum.”

Another one of Bossis’s research studies showed that psilocybin produced immediate, substantial, and sustained anxiety and depression improvements. Psilocybin therapy led to decreases in cancer-related demoralization and hopelessness, improved spiritual well being, and increased quality of life.

“With a growing body of evidence linking higher levels of existential/spiritual wellbeing (in cancer patients) with improved quality of life and decreased depression/hopelessness/suicidality, the need to develop effective therapeutic approaches to mitigate this domain of distress has become increasingly recognized within the disciplines of palliative care, and psycho-oncology and improvement in these domains is now accepted as an integral component in the care of cancer patients,” the study concluded. “Psilocybin, administered in conjunction with appropriate psychotherapy, could become a novel pharmacological-psychosocial treatment modality for cancer-related psychological and existential distress.” 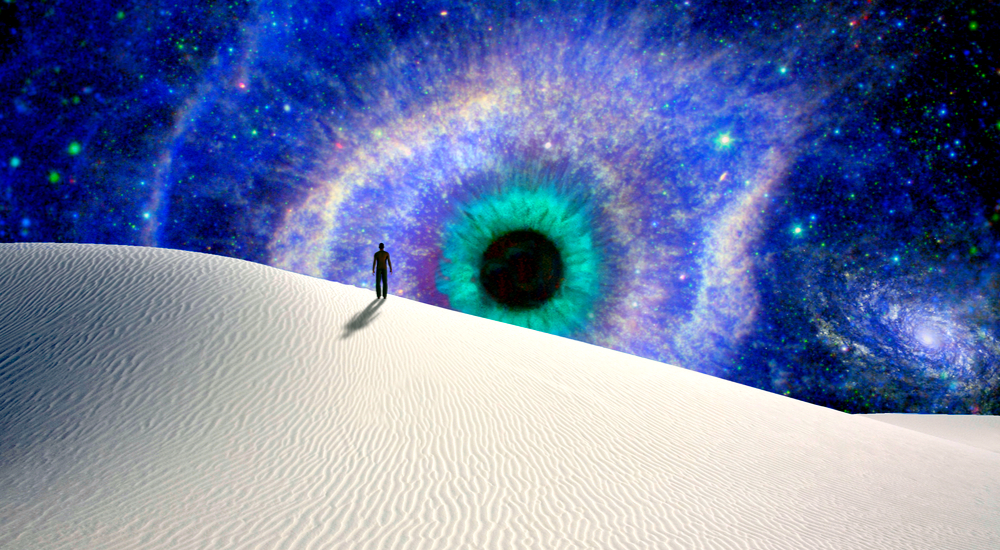 Some people experience their own deaths during psychedelics research sessions, as recounted by Michael Pollan in an article that appeared in “The New Yorker.” A breast cancer survivor in her sixties described moving through space as if in a video game until she arrived at the wall of a crematorium and realized, “I’ve died, and now I’m going to be cremated

“The next thing I know, I’m below the ground in this gorgeous forest, deep woods, loamy and brown,” the woman reported in Pollan’s article. “There are roots all around me, and I’m seeing the trees growing, and I’m part of them. It didn’t feel sad or happy, just natural, contented, peaceful. I wasn’t gone. I was part of the earth.”

In the article, Pollan wrote that several patients described edging up to the precipice of death and looking over to the other side. One of those patients, diagnosed with ovarian cancer, said the scene “was very serene and beautiful. I felt alone, but I could reach out and touch anyone I’d ever known.”

Other research on the psychedelic dimethyltryptamine (DMT) use demonstrated that patients actually had a sort of near-death experience (NDE).

The results of that research revealed an overlap between specific and broad features of NDE and DMT. There were “certain contextual factors (e.g., delusional thinking and personality trait absorption) that can significantly mediate both the intensity and quality of the DMT-induced NDE-like experiences.”

Most research about using psychedelics for palliative care or end-of-life transition concludes with a call for more research to bring this type of treatment to more people as soon as possible. That outreach activity is underway.

For example, there are healthcare businesses focused on psychedelics for palliative care, such as Ceremony Health, offering patients “more peace and joy for you to experience” with ketamine therapy.

In an article in Scientific American, Dr. Mellody Hayes, CEO of Ceremony Health, noted that more palliative care patients feel uplifted, connected, and hopeful with psychedelics. “Perhaps it is time to change the name of the field to magic medicine,” she said.

Patients in research studies about death and psychedelics find out that there is something on the other side.

Pollan quoted Katherine MacLean, a former Johns Hopkins psychologist in his book “How to Change Your Mind” speaking about psychedelics and death: “A high-dose psychedelic experience is death practice,” she said. “You’re losing everything you know to be real, letting go of your ego and your body, and that process can feel like dying.”

The experience is profound, and strangely life-changing even in death.

A volunteer for an NYU research trial said about her psychedelics experience that she was now aware of “a whole other ‘reality.’ Compared to other people, it is like I know another language.”