The opioid crisis isn’t making as many headlines these days due to the rise of the COVID-19 pandemic, which has paralyzed much of the global economy and captivated the attention of billions worldwide. While the Coronavirus continues to sweep across the globe, a different type of epidemic continues to ravage America’s communities and families. We’re talking about the Opioid Epidemic.

According to the U.S. Department of Health and Human Services (HHS), the opioid epidemic was the result of gross negligence on the part of pharmaceutical companies, most notably, the now-bankrupt Purdue Pharma. Run by the now-infamous Sackler family, Purdue Pharma was the company responsible for the creation and mass promotion of the opioid pain killer Oxycotin. Certain pharmaceutical firms with Purdue leading the way assured doctors and the medical community that their opioid products were not addictive. This reassurance combined with a massive marketing campaign led to an enormous spike in the number of Oxycodone prescriptions in the U.S. Believing these new pain relievers were non-addictive, opioid use and misuse rates quickly began to soar. The truth is, opioids are highly addictive, and difficult to quit using due to the extreme withdrawal symptoms associated with it.

In 2017, the HHS finally declared the opioid epidemic a public health emergency and announced its 5-point plan to combat the crisis.

To put the opioid epidemic into perspective for you, here are some recent statistics from the Department of Health and Human Services:

Read More Stats from the U.S. Department of Health and Human Services

The federal government has loosened some restrictions in regards to social distancing for users of Buprenorphine (Subutex) and Methadone, the two main treatments for opioid addiction that require consistent use to prevent relapse. Opioid users are at high risk of major health conditions due to lifestyle and age (many are over 60), and there are hundreds of thousands of them. What if there was a different way to treat addiction that made opioid users less susceptible to disease and less dependent on the deadly drugs? The psychedelics industry believes it may have the answer.

Several companies are working to bring a different approach to opioid addiction through the use of psychedelic medicine. Psychedelics are active compounds that have specific effects on precise parts of the brain–just like pharmaceutical drugs, but due to the U.S. federal government, have been constrained by the very outdated Controlled Substances Act.

One company, in particular, ATAI Life Sciences, has emerged as a driving force behind the psychedelics, inspired fight against addiction. ATAI Life Sciences is a global biotech company founded by scientists and businesspeople who vowed to take a comprehensive approach to dealing with mental health disorders and addiction. The company uses artificial intelligence and computational biophysics to zoom in on promising approaches across their eight portfolio companies: COMPASS Pathways, Perception Neuroscience, DemeRx, Innoplexus, GABA Therapeutics, EntheogeniX Biosciences and Neuronasal.

DemeRx is one of ATAI’s innovating portfolio companies that’s thinking outside the box as it relates to addiction. The DemeRx website describes the company as “a clinical-stage pharmaceutical development company advancing two lead drug candidates as medication-assisted therapies for opioid addiction.”

DemeRx is led by Deborah Mash Ph.D., the company’s president and CEO. Dr. Mash is also a Professor of Neurology at the University of Miami School of Medicine. The company’s vision is to develop non-addictive treatments to help those suffering from opioid addiction. Currently, the unmet opioid substitution market is a billion-dollar opportunity. DemeRx’s lead drug utilizes a little-known psychedelic substance called lbogaine. lbogaine is defined as “a naturally occurring psychoactive substance found in plants in the family Apocynaceae such as Tabernanthe iboga, Voacanga Africana, and Tabernaemontana undulate.” 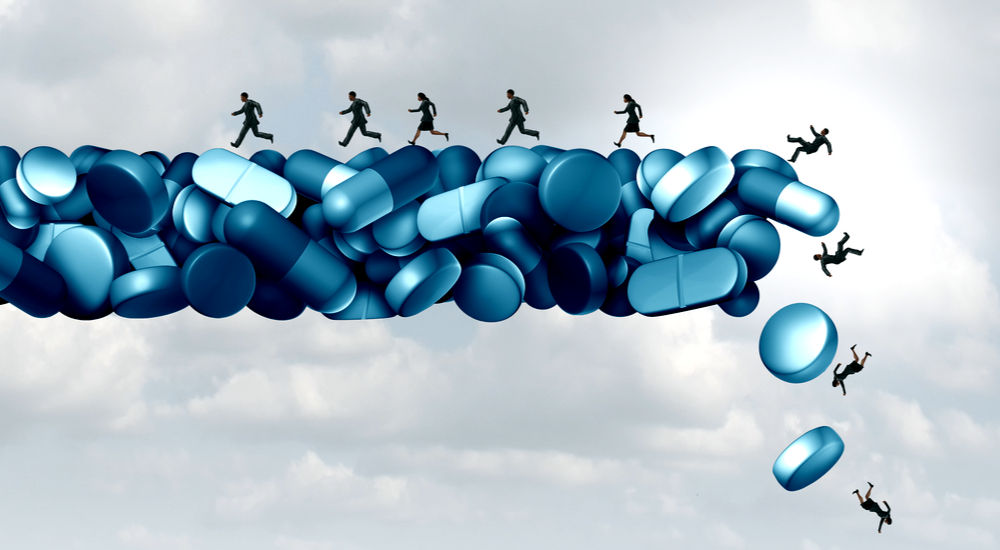 lbogaine is showing great promise in treating addiction and has demonstrated the ability to block opioid withdrawal symptoms and drug cravings, helping drug-dependent patients transition to sobriety. DemeRx is building an impressive IP portfolio and is currently developing Ibogaine (DMX-IB1) and Noribogaine (DMX-NB1) as non-addicting treatments for opioid addiction.

Iboga and its derivative Ibogaine is, like Ayahuasca and Peyote, known as a traditional and ceremonial psychedelic medicine that’s been used in West Africa for over a century. The organization Discover Iboga describes the psychedelic plant as:

“The grandfather and queen mother of all medicine plants, probably the most powerful plant medicine on earth. Iboga is the only plant medicine that works on three levels: physical healing, spiritual healing and spiritual discovery. It is a powerful detoxifier, and it resets the body on a cellular level.”

The way Ibogaine affects the brain is not yet fully understood. Still, some hypothesize that the dream-like state that Ibogaine brings about in ceremonial trances actually resets the brain in a way that could potentially help wipe clean years of imprinting and priming caused by opioid addiction. With the slate wiped clean, it’s possible that opioid addicts may be able to take a step back and approach their condition holistically, finally breaking free in a long-lasting way and not just moving from opioids to methadone or buprenorphine.

ATAI and DemeRx are applying to run an FDA Phase II clinical trial on opioid-dependent patients. The company will look to demonstrate exactly how Ibogaine triggers receptors and neurotransmitters in the brain.

“Since clinical trials take many years to gain regulatory approval, we plan to work with regulatory health authorities to obtain fast track review of Ibogaine for medically-assisted detoxification of opioid-dependent patients, including heroin and other prescription drugs,” stated DemeRx on its website.

As a Schedule I drug in the United States, Ibogaine is seen by the U.S. federal government as having the potential for misuse as well as having no currently accepted medical use. The latter point can be disproved within a structured clinical environment, which FDA trials will seek to do. Just as aspirin was derived from the bark of the willow tree and countless balms and herbs are known to have positive effects on the body, Ibogaine can be investigated and made safe for consumption under controlled circumstances by responsible adults.

Another Company Aiming to Eradicate the Opioid Epidemic

MindMed (NEO: MMED) (OTC: MMEDF) (FRA: BGHM) is a neuro-pharmaceutical company whose immediate priority is to address the opioid crisis by developing a non-hallucinogenic version of the natural psychedelic substance Ibogaine. MindMed is currently preparing two separate phases II clinical trials; one focused on ADHD using LSD micro-dosing and the other on opioid addiction via the company’s Ibogaine derived molecule 18-MC. MindMed’s 18-MC is the company’s lead drug development program, which intends to utilize a non-hallucinogenic version of the ibogaine compound to treat opioid addiction.

Unlike ATAI and its portfolio company DemeRx, MindMed is a publicly-traded company. It has garnered a ton of media coverage since its IPO in early March thanks to its two high profile investors, Kevin O’Leary aka Mr. Wonderful from ABC’s hit show Shark Tank and Bruce Linton, the founder and former CEO of Canopy Growth (TSX: WEED) (NYSE: CGC) (FRA: 11L1).

For those interested in staking their own claim in the booming new Psychedelics sector, check out our recent article below, which features one of the top investment opportunities the world of psychedelic medicine has to offer.