But as these businesses grow, encouraging more people to seek out the therapies they offer to treat severe depression and other mental health wellness issues, researchers are advising caution in this still relatively new area of mental health research. There are trapdoors and pitfalls.

The history of psychedelics that most people are aware of comes with a negative stigma. The Manson killings were allegedly fueled by “hippies” on LSD. And much damage to the cause of psychedelics lingers today from Timothy Leary’s experimentation at the Harvard Department of Psychology and his promotion of LSD as a counter-culture tool of enlightenment through the late 1960s.

But although the classic psychedelics used recreationally have not been directly responsible for causing death, the judgment of users is certainly impaired while under the influence of these drugs, according to a study. Users on LSD may believe that they are invincible or possess superpowers, and may do things they would not normally consider, such as believing they can fly, or jumping from buildings, or incurring severe eye damage by staring at the sun.

The primary safety concerns with psychedelics are largely psychologic rather than physiologic in nature, the study concluded, and researchers have to be prepared.

Matthew Johnson, the professor of Psychiatry and Behavioral Sciences at Johns Hopkins, among others, proposed guidelines for using psychedelics in a controlled clinical setting, including the presence of two “monitors” with some medical knowledge; a physical environment that is safe, aesthetically pleasing, and comfortable; careful subject preparation, including several meetings to establish rapport and trust with the monitors; a detailed consent form and explanations of the study procedures; detailed discussions about the range of potential experiences, and time of onset and duration of the effects; and an available physician in the event of an adverse reaction. Follow up consultation is generally required for most clinical trials.

Using these guidelines is widely acknowledged as the way to conduct proper psychedelics research today.

But researchers are aware that there have been some adverse reactions reported even in controlled situations.

One of the first studies about adverse effects used information collected from clinical trial patients. The study found a need to manage anxiety during psilocybin administration, indicating that distortions at the level of thought created by psilocybin were the main cause for bad trips.

The study also reported that the use of multiple doses of psilocybin in the same session or its combination with other substances was linked to the occurrence of long-term negative outcomes. In contrast, the use of mushrooms in single high doses was linked to medical emergencies.

Another study found that psilocybin frequently caused headaches and that the incidence, duration, and severity of the headache increased in a dose-dependent manner. All headaches had delayed onset, were transient, and most lasted no more than a day after psilocybin administration.

In 2010, a summary of psilocybin experiments conducted in Switzerland reported that “headaches, head pressure or face pain” were reported by 12.5 percent to 37.5 percent of participants in a dose-related manner.

Researchers are trying to figure out why that happens. Their best guess is that it has something to do with receptors in the brain stem, a genetic disposition to headaches, or some reaction to other drugs combined with psilocybin. The irony is that psilocybin has been shown to be effective in the treatment of cluster headaches. 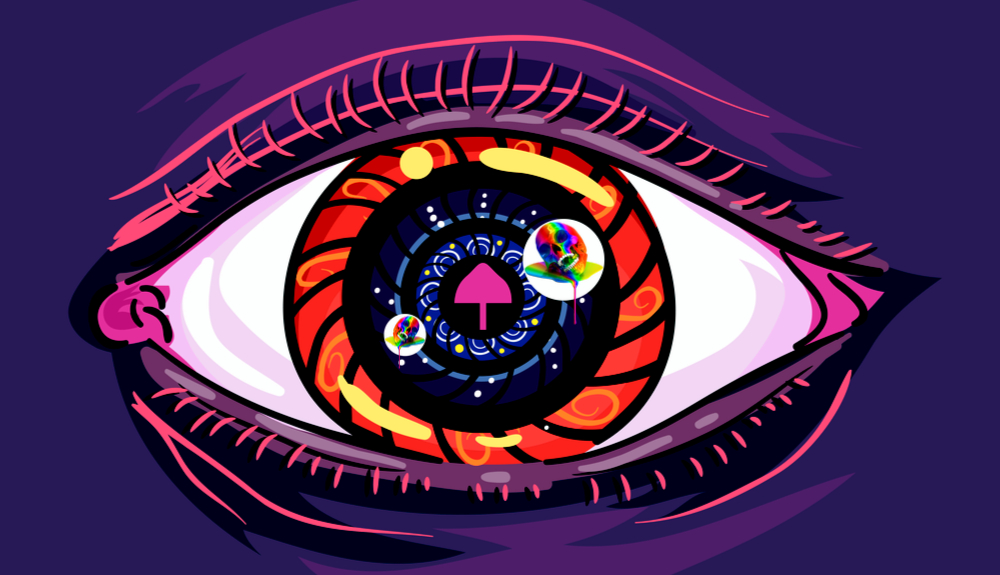 Other anecdotes about psychedelics research point to a certain percentage of subjects experiencing such profound “trips” that the experience becomes a psychotic episode that can go on for months or even years. This prolonged psychosis is rare, according to Johnson, but it does happen.

There is a theory that LSD, for example, can induce schizophrenic-like psychosis.

Researchers always try to minimize these outcomes by carefully screening patients and test subjects to look for such things as a family history of migraines, among other things.

For example, a randomized, double-blind trial of psilocybin for depression included a lengthy list of screening questions to qualify participants, including information about their physical condition, such as cardiovascular conditions, uncontrolled hypertension, angina, atrial fibrillation, blood pressure exceeding 140 systolic or 90 diastolic, and a history of epileptic seizures.

Also screened out of this trial were people with certain mental health issues, such as the severity of depression or anxiety symptoms warranting immediate treatment with antidepressant or daily anxiolytic medication (e.g., due to suicidal ideation); a history of schizophrenia or psychotic disorder; current or past history of alcohol or drug dependence (excluding caffeine and nicotine); and having a first or second degree relative with schizophrenia, psychotic disorder or bipolar I or II disorder.

(This trial also noted the suicide of a participant 11 days after the first session, which they attributed to the patient’s conditions before going into the trial, not related to the research procedures or the psilocybin.)

As the researchers pointed out in their reporting about the trial, “The neuropsychopharmacological mechanisms of psilocybin therapeutic effects remain speculative,” and that “Patients may also be reluctant to participate in such an intervention because high doses of psilocybin have sometimes been associated with transient episodes of psychological distress or anxiety in patients.”

Study after study using psychedelics usually refers to participants feeling a sense of fear, sometimes a profound fear, associated with the therapy’s ego dissolution aspect, which is a common outcome of the treatment. That’s why most clinical trials include a “guide” to sit with the subject, hold their hand and calm their fears, which are often just passing moments in their psychedelic therapy journey.

But some patients experience varying degrees and levels of fear.

One example was discussed in a study that measured mystical experiences using various dosage levels of psilocybin.

According to researchers at Maastricht University in the Netherlands, researchers believe that something to do with increases of glutamate in the frontal lobe act to produce “acute psychedelic-induced anxiety,” or bad trips. Glutamate is the most common neurotransmitter in the brain.

People should be in a safe place, even if it’s in a hospital room in Baltimore, according to Erica Zelfand, a naturopathic physician offering psychedelic integration and counselling. “That is the most important piece of preparing the support for someone in the psychedelic journey process,” she said during a panel at the Psychedelic Capital Fall 2020 conference in late September. “When an individual doesn’t feel safe in that experience, and their face starts melting and early childhood trauma becomes conscious, that is where we get what we call colloquially a ‘bad trip,’” she said. “It can become a trauma for the individual, and can not only be a net negative for them but can actually traumatize them and set them back in their process.”

Speaking at the same conference, Joel Brierre, a yogi and psychedelic integration specialist running a psychedelic retreat, said that people should be received wherever they are in their lives. “We think that they don’t have to get in the right mind-state to work with these medicines,” he said. “We welcome the challenging experience, the ‘bad trip,’ as we have the capacity with the container to hold space for that and allow whatever is coming up to be processed and have that support of the group. This is about bringing up all the shadows.”

As the psychedelics-as-mental wellness medicine phenomenon continues to evolve, there are still unknowns to explore. There is not one human being who is exactly like another—not one human mind that is structured identically to another. Psychedelics is an exploration of spirituality as much as biology.

So the bottom line for researchers: Screen clinical patients thoroughly, making sure to pay attention to the right set and setting, and follow up on the process. And..share your findings.