Ontario should be—as a national economic leader and largest province in Canada—one of the top provincial markets in the country. Unfortunately for the companies that have invested in the province, Ontario currently has only 28 legal cannabis retail locations compared to Alberta which boasts more than 400 pot shops.

Recently, Ford declared his cannabis vision for 2020 which included a plan to achieve national market dominance. The Ontario Premier also took the opportunity to fire back at critics while vowing to guide Ontario towards fulfilling its old slogan as “the Province of Opportunity.” Ford’s goal is to create a revamped Ontario cannabis market where companies will not only survive but ultimately thrive.

Despite the lack of retail outlets and a single government-run website, Ontario residents bought the most cannabis in the country during the first year of legal adult-use sales. Ontarians spent $217 million on recreational pot in year one which accounted for over 20% of Canada’s overall sales of roughly $1 billion. By contrast, the provinces of Alberta and Quebec had total sales of $196 million and $195 million, respectively. 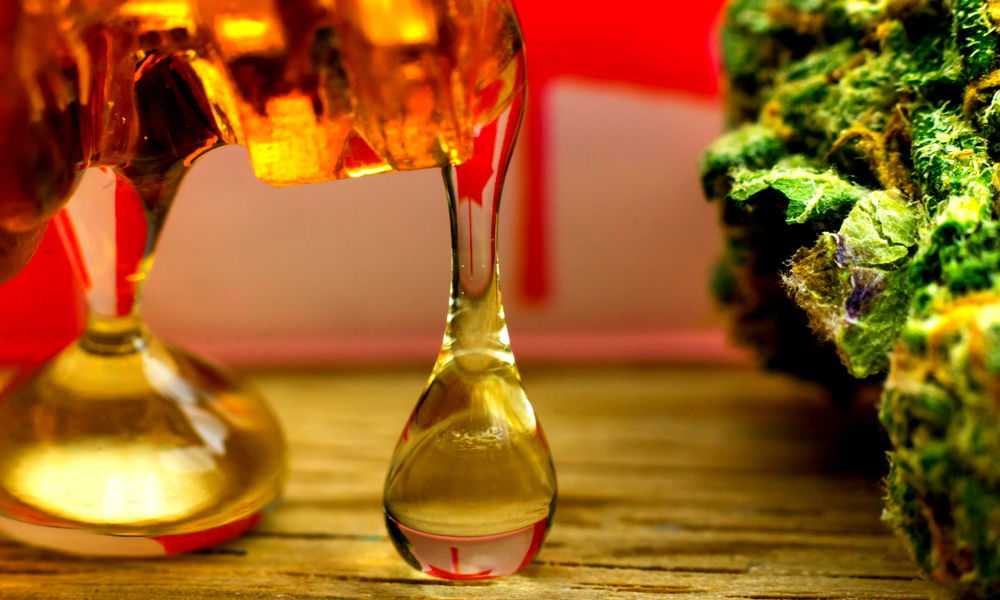 A few of Canada’s largest cannabis producers have recently spoken out publicly regarding the botch Ontario retail rollout and the effect it had on the latest string of quarterly earnings reports. Canopy Growth, Aurora Cannabis and Aphria all expressed their discontent with the sluggish progress in the Ontario market during recent investor conference calls.

“But the big variable is how many stores are rolled out, and mostly, that’s in Ontario. To answer the question directly, I think the entire sector is putting a lot of pressure on the Ontario government. You’ve seen offense that we’ve done together to pressure them. They’re certainly saying that they’re going to do all those things, but we haven’t seen the action. I think it’s important to note that they have announced and essentially roughly another 70 to 75 stores that will come regardless of the lottery system. So in some ways, that speaks to some of those early months that there are already stores in the process, even if they don’t do anything else.”

“In terms of profitability and EBITDA, as Cam mentioned earlier, I don’t think there’s any of us on this call that we’re expecting Ontario a year after legalization to expand 24 stores, so they made the right noises slightly or certainly are a little more optimistic that [Indecipherable] going to get out of the way and start licensing that province properly and it’s we harp on Ontario simply because it is the biggest province in there so far behind the leaders like Alberta, which has almost 300 stores as compared to Ontario’s 24. So when we were looking at EBITDA positive, we were expecting an Alberta retail footprint, [Indecipherable] we’ve seen a retail store go in, the spending is very encouraging at those stores, so we expect that to be a big driver. But we’re just being very cautious right now.”

“In terms of the guidance, we have laid out an order in the discussion and so I think the biggest item was the impact of the change in the store counts or the lack of change in store counts in Ontario. Those 40 additional stores that were supposed to be opened sometime in the late fall and now don’t look like they’re going to get opened until March, maybe late April. That certainly had the biggest impact.”

Ford Claps Back at Critics

The leading Canadian cannabis execs see the premier’s desk as the place where responsibility lies when it comes to the widespread and widely panned debacle that has been the Ontario retail rollout. From the clunky lottery system that granted initial licenses to the regulatory hurdles that have led to incomplete applications, it hasn’t been pretty in the province. However, Ford is making the point that it takes two to tango—or to step on each other’s toes, in this case.

“I know a lot of cannabis companies jumped into this with blindfolds on as far as I’m concerned and now they’re coming to reality,” declared Ford. “By no means can you point a finger at one province. We encourage them and hopefully, they’ll be able to fulfil their requirements.”

“They didn’t have the supply ready,” stated Ford in a recent interview with BNN Bloomberg. When legalization happened in October 2018 it was no surprise, yet according to Ford the cannabis producers and distributors were not prepared for the tsunami of demand that awaited them. This realization led him and his government to slow-walk the retail rollout, Ford said, and the Ontario market has indeed moved slower than molasses.

Make Ontario Cannabis Great Again… Or for the First Time

“We’re going to open up stores. We’re going to have more stores than all the provinces combined, so we’re going to make everything we can to help the cannabis industry,” said Ford. Ontario has to hit the gas hard to get on track to open 20 stores per month around the province starting in spring 2020, which means taking stock of problems and addressing them quickly.

Representatives from the Ontario Alcohol and Gaming Commission (AGCO) have said that as the regulatory body it’s seeing more than just gaps in supply as Ford mentioned, but also gaps in paperwork. A spokesman recently said that many of the 600 applications the commission has received for retail dispensary licenses were missing information. Another problem for the province, but an easy one to solve for the turnaround story in progress.

For a real turnaround to take place, Ontario players need to reassess the market’s regulatory and retail-level dynamics and make some major changes. With Alberta’s retail store count now over 400 locations, the Ford administration should take a closer look at the province’s keys to success and consider implementing some of them into Ontario’s retail framework.

At the end of the day, the Ontario cannabis market is loaded with potential and it’s nice to see the province finally on a track to success. Great news for Canadian pot stocks and cannabis investors alike.