Coming on the heels of Trulieve’s (CSE: TRUL) (OTCQX: TCNNF) own stellar Q2 earnings, Curaleaf announced the company generated Q2 total revenue of $117.5 million, up 142% year over year and 22% over the previous quarter. Second-quarter managed revenue, and pro forma revenue came in at $121.4 million and $165.4 million, respectively. Q2 managed revenue grew by 120% over Q2 2019 and 16% quarter over quarter.

While Curaleaf was unable to match Trulieve’s numbers in terms of net income, the company recorded a vastly improved Q2 net loss of only $2 million. Compared to Curaleaf’s net loss of $15.1 million in Q1 2020 and $24.5 million in last year’s second quarter, it’s an incredible improvement, which the company should be proud of.

During the second quarter of 2020, Curaleaf announced that it generated $23.4 million in cash flow from operations. The company also closed its acquisition of Connecticut-based Arrow as well as the assets of Maine Remedy, which Curaleaf previously managed.

Shortly after the second quarter, the company closed its long-awaited acquisition of Grassroots, which now makes Curaleaf the world’s largest cannabis company in terms of revenue.

“Curaleaf, once again, delivered record quarterly results highlighted by managed revenues exceeding our outlook, as well as a 40% sequential improvement in Adjusted EBITDA. The outstanding results come despite headwinds related to temporary COVID-19 related closures and restrictions in Massachusetts and Nevada. After quarter-end, we successfully completed the transformative acquisition of Grassroots, expanding our presence into 6 new states, including the high-growth Illinois and Pennsylvania markets. The closing of Grassroots affirms our position as the world’s largest cannabis company when measured by both revenue and operating presence. Overall, Curaleaf remains well-positioned for continued growth in the second half of 2020. This growth will be driven by organic initiatives, the integrations of the Select and Grassroots businesses, as well as the closing of multiple strategic tuck-in acquisitions across a number of key states,” commented Curaleaf CEO Joseph Lusardi. 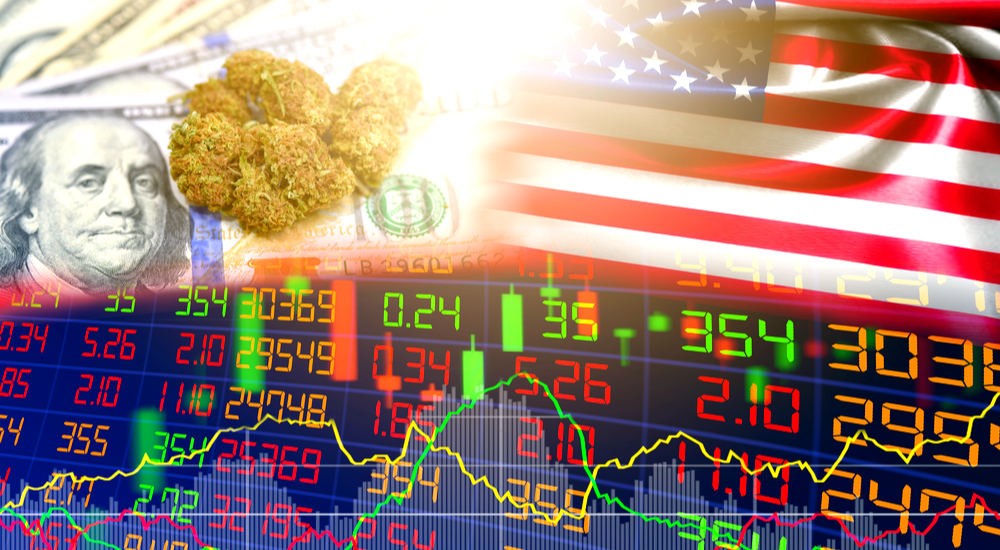 Following the release of Curaleaf’s Q2 results, Cantor Fitzgerald analyst Pablo Zuanic promptly upgraded the company from ‘Neutral’ to ‘Overweight’ while also boosting his price target on CURA stock from $10 to $18 per share. As of Thursday’s closing price, the analyst’s target implies an upside of 62.31%.

In his note to clients, the Cantor analyst stated: “the company’s third-quarter sales guidance is 15% higher than Cantor’s estimate and implied 20-25% upside to the fourth-quarter point.”

In his research note, the analyst highlighted Curaleaf’s presence in 23 states and its plan to build “nationally recognized brands,” building off of the company’s ongoing Select brand national rollout.

Zuanic went on to praise Curaleaf for closing its major Grassroots acquisition as well as for doubling its capacity in key states. “The company is accelerating its capacity expansion at a time when its peers are scaling down,” said Zuanic.

Curaleaf’s stock has been one of the top-performing cannabis stocks in 2020, as the company continues to be rewarded for its consistent fundamental growth. YTD, CURA stock has risen as much as 52.88% and is up 32.97% as of Thursday’s close. Since the market bottomed in mid-March, CURA shares have soared by as much as 242.74%, with the stock currently up 198.12%. 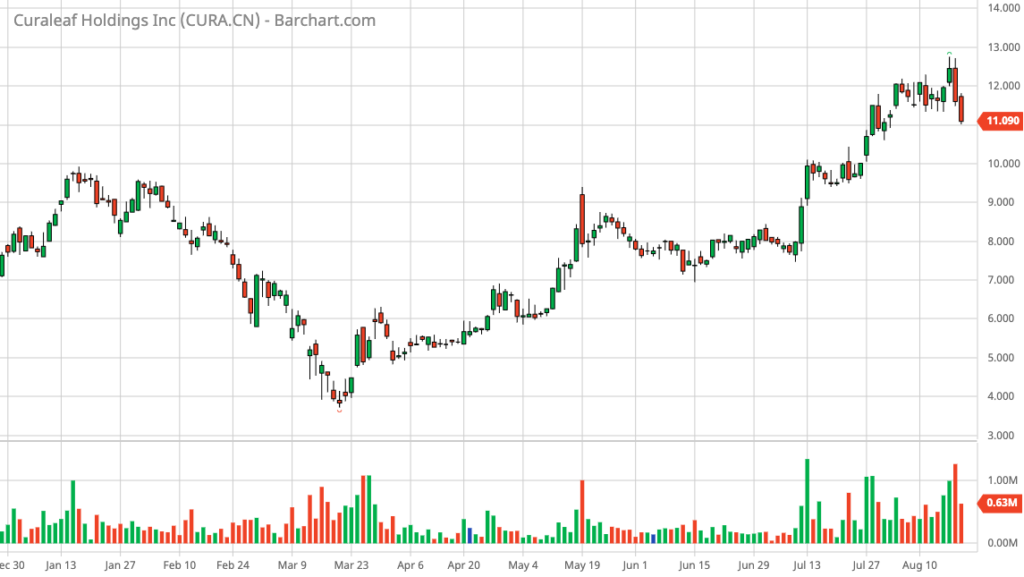