Adjusted EBITDA for the Third Quarter Came in at $9 Million

Building off its strong revenue figures, Curaleaf was able to post Q3 adjusted EBITDA of $9 million, up 169% sequentially. The company cited the inflection point reached in several key states as the main driver behind its EBITDA growth.

During the third-quarter, Curaleaf also secured the approval of 3 final and 2 provisional recreational cannabis licenses in Massachusetts, closed the Glendale and Phyto acquisitions in Arizona and signed a sale-leaseback deal with Freehold Properties. The Freehold deal included 6 properties which generated the company net cash proceeds of over $24 million. 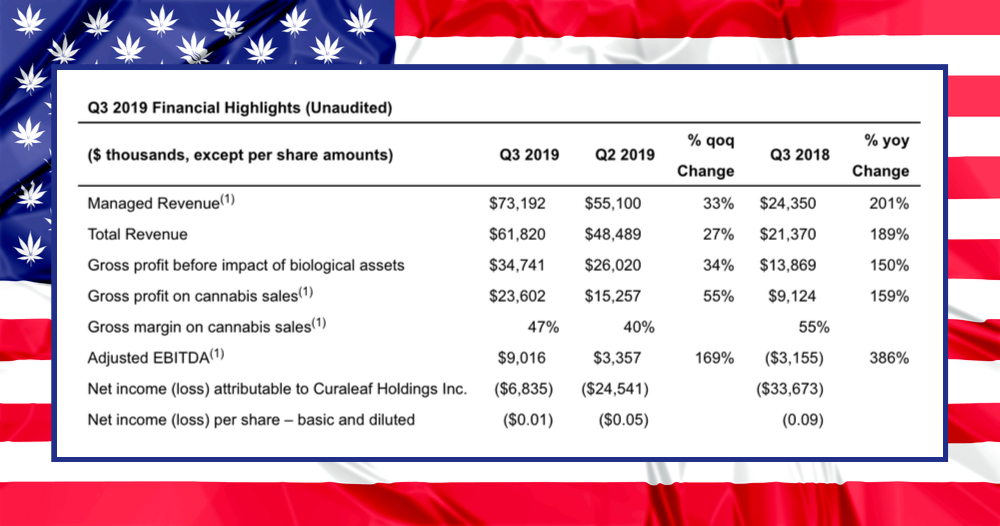 “Our increasing scale along with the incredible efforts of our team around the country who ensure our patients and customers have a superior experience helped drive the strong financial results we posted this quarter. We look forward to the closing and integration of the Select and Grassroots acquisitions which are expected to bring significant operational capacity to Curaleaf in key markets. We are focused on operating with excellence to meet the growing demand for our products and positioning the Company to create substantial shareholder value,” stated Curaleaf CEO Joseph Lusardi.

“The third quarter demonstrated the power of our increased scale as we reported record total and managed revenue, record adjusted EBITDA and expanded operating margins as we benefited from increased scale and strong demand in key markets. Our main focus continues to be prudent capital allocation, operational improvement and integration of our pending and closed acquisitions to drive continued strong overall growth and operating leverage,” added Curaleaf CFO Neil Davidson. 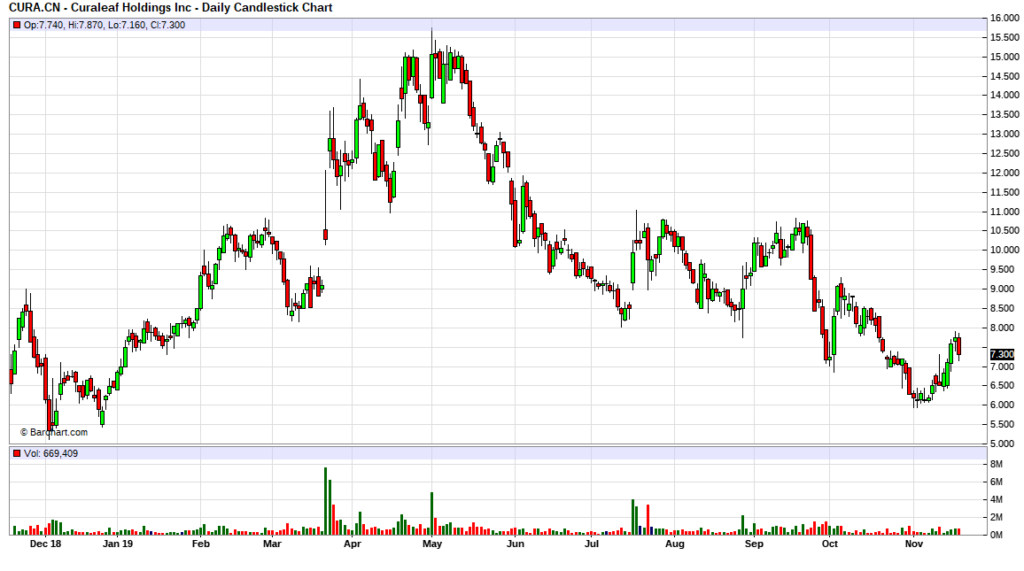