The movement to legalize cannabis nationwide in the United States has continued to grow in popularity and gained even more momentum today after the House Judiciary Committee passed the Marijuana Opportunity, Reinvestment and Expungement (MORE) Act in a 24-10 vote. The stage is now set for the bill to move to a full floor vote.

The MORE Act was introduced by Chairman Jerrold Nadler (D-NY) and if implemented would deschedule cannabis at the federal level, expunge criminal records of anyone with past cannabis convictions and include a 5% sales tax which will be invested in the communities that been negatively impacted the most by the failed war on drugs.

The bill would also allow for the resentencing of individuals that have been imprisoned for cannabis-related crimes in addition to protecting immigrants from being denied citizenship due to past cannabis offences and would stop federal agencies from withholding public benefits or security clearance because of cannabis use.

“These steps are long overdue. For far too long we’ve treated marijuana as a criminal justice problem instead of a matter of personal choice and public health. Arresting, prosecuting and incarcerating people at the federal level is unwise and unjust. I’ve long believed that the criminalization of marijuana has been a mistake. The racially disparate enforcement of marijuana laws has only compounded this mistake with serious consequences, particularly for minority communities,” said Jerrold Nadler during his opening remarks.

Today’s vote was historic as the MORE Act became the first bill aimed at ending federal cannabis prohibition in the United States to be approved by a congressional committee. The bill also saw bipartisan support with Republicans Matt Gaetz (R-FL) and Tom McClintock (R-CA) aligning with the Democratics to help push the MORE Act forward.

Not everyone was in support of the bill as some Republican lawmakers voiced concern that the legislation was being rushed and additional hearings on the matter should take place. On the Democratic side, they stated there has been more than enough debate on the topic and believe the time is now to move forward to start making up for the decades of damage caused by federal cannabis prohibition.

Some Republican members were pushing for progress on a different piece of cannabis-related legislation, the Strengthening the Tenth Amendment Through Entrusting States (STATES) Act. However, the STATES Act does not contain language that would remove cannabis from the Controlled Substances Act or include any social equity components. The STATES Act would essentially leave any cannabis-related policies up to the individual states.

The Republicans argue that the STATES Act stands a better chance of passing the Senate due to it being less aggressive with its proposed language. “We may need something a little less than MORE,” stated Matt Gaetz. 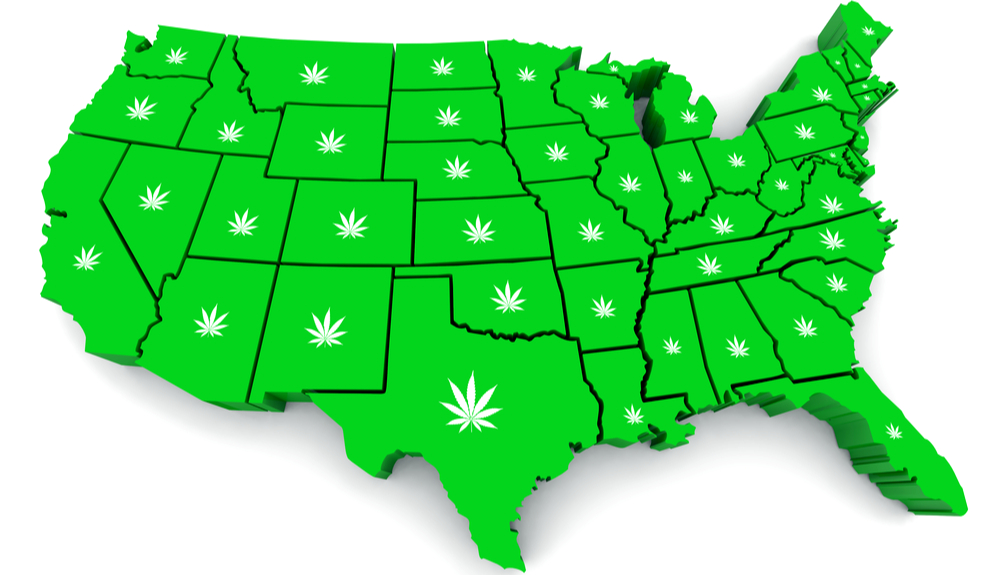 Members of the U.S. House of Representatives, the Senate and pro-legalization supporters were thrilled with today’s historic approval.

“The passage of the MORE Act represents the first time that the Judiciary Committee has ever had a successful vote to end the cruel policy of marijuana criminalization. Not only does the bill reverse the failed prohibition of cannabis, but it provides pathways for opportunity and ownership in the emerging industry for those who have suffered most,” said NORML Political Director Justin Strekal.

During a press conference held ahead of the vote, Nadler spoke on the possibility of compromising on the bill’s language later on in the legislative process but doesn’t see the need to tone down the legislation at this time. Nadler believes the MORE Act will see its bipartisan support continue to grow as the bill advances and is confident in it getting a full floor vote before the end of the current Congress.

Rep. Doug Collins (R-GA) chimed in on the matter saying he does “believe we need to change our attitudes and our processes because the federal government has completely failed in this area,” but that he doesn’t support the MORE Act.

The Following Amendments Were Introduced During the Congressional Committee Markup

Observers of the markup believe if the MORE Act reaches the House floor it will garner enough support to pass a vote. As with other cannabis-related legislation, the Senate is not a sure thing and according to Nadler may require certain compromises that he hoped to avoid.

A potential House vote for the MORE Act would come on the heels of another piece of important cannabis legislation, the Secure and Fair Enforcement (SAFE) Banking Act which successfully passed its House vote by a 321-103 margin. The SAFE Act would allow cannabis businesses fair access to the U.S. banking system as well as protect the banks that decide to service the industry. The SAFE act is off to the Senate floor where it faces a stiffer test in a vote that will likely happen later this year.

The MORE Act is off to a great start following its successful debate this summer in a House subcommittee. The bill has generated a lot of positive media attention and if it can make its way through the House and Senate, President Trump could find a piece of legislation on his desk that would finally end federal cannabis prohibition in the United States once and for all.