U.S. Vaping Epidemic Seems to Be Slowing Down But is Still Not Fully Understood By Officials

To date, there have been 2,051 reported cases of vaping-related illnesses in the U.S., resulting in no fewer than 40 deaths.

This past September, findings seemed to point to the potentially deadly inhalation of vitamin E acetate as a contributing factor in the illnesses. Then in October, a lab in Colorado released findings suggesting that the Vaping-Associated Pulmonary Injury (VAPI) cases popping up in the U.S. may be a result of the inhalation of dangerous heavy metals caused by cheaply manufactured black market vaping products. The study went on to suggest that the toxic inhalation of these unregulated products appeared to be causing an advanced stage of Metal Fume Fever, known as cadmium-induced chemical pneumonitis.

Now the pendulum of diagnosis appears to have swung again, with officials from the U.S. Centers for Disease Control and Prevention (CDC) suggesting that vitamin E acetate may indeed be linked to the national outbreak of vaping-related lung injuries and the growing number of associated deaths. The Principal Deputy Director of the CDC, Dr. Anne Schuchat went as far as to call the new findings a “breakthrough.”

“These new findings are significant,” declared Schuchat during a media briefing. “We have a strong culprit, [but] this does not rule out other possible ingredients. There may be more than one cause.”

The CDC has also expressed that there is still much work to do and that it will continue to test for a range of possible chemical explanations. 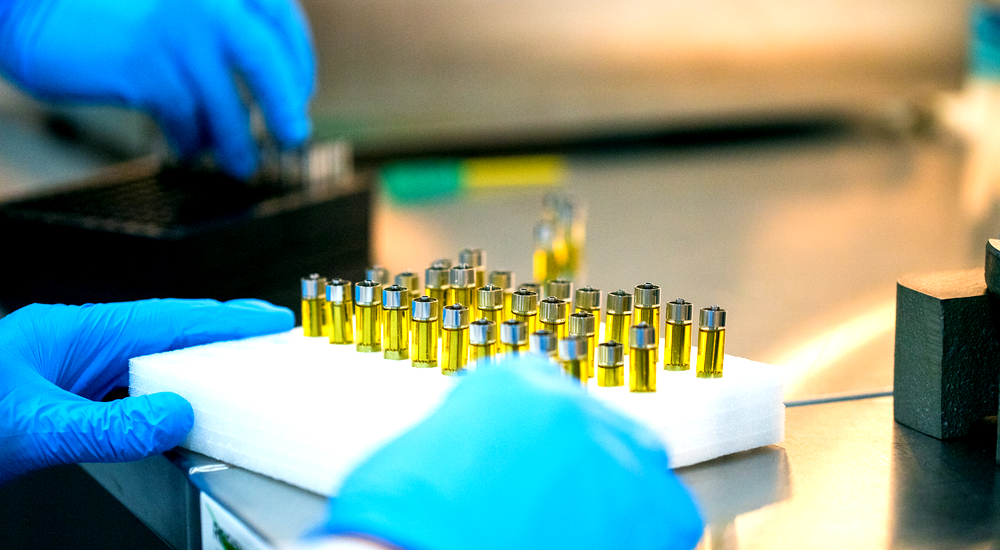 The recent CDC tests found evidence of vitamin E acetate in lung samples from all of the 29 patients (across 10 different states) with vaping-related lung illness studied. Furthermore, THC, the main psychoactive ingredient found in cannabis, was detected in 23 of the 28 patients studied, while nicotine metabolites were found in 16 of the 26 patients examined.

During recent media availability, Dr. James Pirkle of the CDC explained that vitamin E acetate can be “enormously sticky” when introduced to lung tissue and that it’s known to “hang around.” Pirkle added that it wasn’t surprising to see THC absent from some of the patients studied, as it tends to leave the lungs more quickly, but that finding it in 82% of the cases was “noteworthy.”

New York State Governor, Andrew Cuomo, also weighed in on the recent findings. While he acknowledged the importance of the recent CDC findings — and their apparent reinforcement of the Wadsworth Center Lab’s vitamin E-related findings — he also emphasized that the jury is still out. And in the absence of a definitive cause of the recent vaping-related outbreaks, Cuomo feels it’s best to play it safe.

“The CDC’s reporting supports what New York State’s Wadsworth Center Lab has found in vape products tested since early September and reinforces the importance of the role that Vitamin E acetate may play in the current outbreak of vaping related illnesses,” said Cuomo. “While no definitive cause has been found, as I’ve said from the very beginning: if you don’t know what you are smoking, don’t smoke it.”

The CDC investigation also discovered that the majority of the THC vaping products in question were purchased online or acquired informally through friends, as opposed to legitimate vape shops or licensed cannabis stores. In a similar report, officials from Illinois discovered that individuals who experienced a lung injury were much more likely to be regular users of THC vaping products, and were nine times more likely to have purchased their products from black market sources, such as websites or friends.

Regardless of where they’re purchased or what regulations they purport to adhere to, the CDC suggests that people should refrain from using all THC-related vaping products until the ongoing investigation is complete.

The CDC’s recommendation to steer clear of all vapes is a little excessive but we certainly understand where they’re coming from. If you plan to continue vaping as many have chosen to do, be sure to purchase your vape products from reputable legal cannabis operators. Saving a few dollars by purchasing from the black market could end up costing you your life.