Today, the company reported that the following 5 new Ontario locations are now being prepared to open in 2020:

“With ten new stores set to open in the first half of this year, we are pleased with the momentum we’ve built and excited to bring the Tokyo Smoke experience to more Ontarians. Increasing Tokyo Smoke’s presence across the province will expand access to high-quality cannabis products and education, continuing to migrate cannabis sales from the illicit to the regulated market,” stated Canopy Growth President Rade Kovacevic.

Upon completion of licensing, Canopy’s total number of Ontario Tokyo Smoke retail stores will climb to 12. Currently, the company has 2 Tokyo Smoke stores open for business in Toronto and Oshawa. 9 of the new retail locations have completed the Public Notice period and are now moving forward with the final stages of the licensing process. All 10 of the company’s new locations can now be viewed on the Alcohol and Gaming Commission of Ontario (AGCO) website.

The addition of the new Tokyo Smoke stores will bring Canopy’s total number of retail cannabis stores across Canada to 37. The company has plans to announce additional locations throughout 2020. 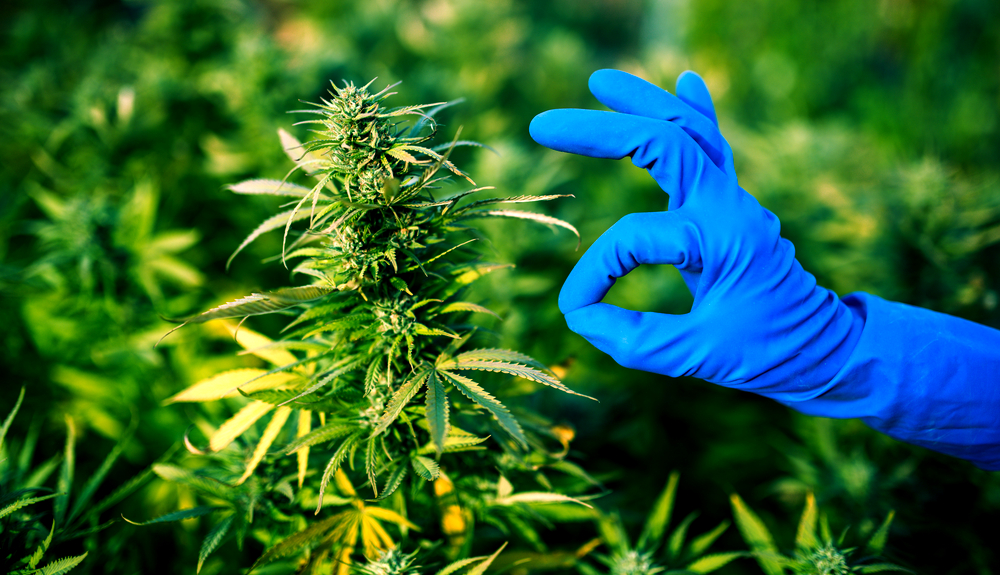 The Chief Investment Officer (CIO) of Purpose Investments, Greg Taylor, spoke out recently with his thoughts on Canopy Growth and the struggling Canadian cannabis sector. As the industry battles through the current capital crunch, the portfolio manager believes many cannabis stocks won’t make it through 2020.

According to Taylor, Canopy’s global diversification will help the company survive the downswing. The company’s multi-billion dollar cash position will also be a massive difference-maker. With capital hard to come by at the moment, the fact that Canopy won’t need to raise money for the foreseeable future is huge for the top Canadian licensed producer (LP).

After starting 2019 off on a high note, the cannabis market quickly rolled over at the end of April as the hype phase fizzled out and investor focus shifted towards profitability. The remainder for 2019 in Canada consisted of a string of weaker than expected earnings from not only Canopy but other leading LPs such as Aurora Cannabis (TSX: ACB) (NYSE: ACB) (FRA: 21P), Tilray (NASDAQ: TLRY) (FRA: 2HQ) and Cronos Group (TSX: CRON) (NASDAQ: CRON) (FRA: 7CI). The lone bright spot in the Canadian space came from Aphria (TSX: APHA) (NYSE: APHA) (FRA: 10E) which produced back to back profitable quarterly earnings.

With Cannabis 2.0 in Canada now in effect, investors are optimistic that earnings will begin to improve in 2020 as the sale of cannabis edibles, vapes and beverages are taken into account. Positive changes to Canada’s largest retail market, Ontario, should also help boost sales with a plethora of new retails stores slated to open soon across the province.

“I think that it could get a little better [in 2020] but it’s not going to get across-the-board better. Everyone got so excited about the hype and Canada was really the only place that you could invest in the sector globally, so we had a lot of money crowded into too many names and now we’re going through the cleansing, the refresh that it’ll have to go through,” said Taylor.

Before things get better in 2020, Taylor expects to see some of the many Canadian LPs file for bankruptcy. The portfolio manager is optimistic about the United States as the market continues to grow with new states legalizing each year and many U.S. multi-state operators (MSO) quickly tracking towards profitability. Companies like Trulieve (CSE: TRUL) (OTCQX: TCNNF) and Liberty Health (CSE: LHS) (OTCQX: LHSIF) (FRA: S6UQ) both reported profitable quarters in 2019 and should be on investors’ radar in 2020. Other leading MSOs to watch in 2020 include Curaleaf (CSE: CURA) (OTCQX: CURLF), Cresco Labs (CSE: CL) (OTCQX: CRLBF) (FRA: 6CQ) and Green Thumb (CSE: GTII) (OTCQX: GTBIF) (FRA: R9U2). Within the next 1-2 years, it is anticipated that some MSOs will see annual revenues top the $1 billion mark.

Even with all the problems in the Canadian space, Taylor says investors should be paying attention to Canopy in 2020. The fund manager had the following to say about the top Canadian LP:

“Canopy is an interesting one because it’s still the biggest company globally in the sector and it has a lot of good positioning in different countries, not just Canada, and it’s still one of the odds-on favourites to be a winner going forward.”

On July 3, 2019, Canopy Growth fired its founder and long-time CEO Bruce Linton as the company’s losses continued to balloon. President and Co-CEO Mark Zekulin stepped up to assume the role of Canopy’s sole CEO while the company spent the next 5 months searching for Linton’s permanent replacement.

Last month, Canopy finally announced that Constellation Brands’ (NYSE: STZ) CFO David Klein would become the company’s new CEO. News of the consumer packaged goods veteran taking over the reins of the industry’s largest company lifted shares across the entire cannabis sector and put to rest any uncertainty regarding Canopy’s future leader. Klein, the former Constellation CFO will likely implement a much needed profit-driven strategy which could be reflected in future 2020 earnings reports.

“What is interesting is […] how this transition will take place from the Bruce Linton style of management which was more the visionary for the sector and talking about how to grow it to transition to the Constellation more operating side of creating brands and creating profits,” said Taylor.

After bottoming out at $18.23 in mid-November, shares of WEED have climbed as much as 60%. As you will see from the chart below, Canopy’s stock has likely reversed its 2019 downtrend. After making 2 consecutive new higher lows in December, WEED is in the first stage of what should become a new uptrend. Based on our calculations, the likely near-term price target for WEED stock is $35 per share.