The U.S. Food and Drug Administration (FDA) is back in the spotlight after the regulatory body issued 15 new warning letters yesterday to cannabis companies. The FDA claims these 15 companies were “illegally selling various products containing cannabidiol (CBD) in ways that violate the Federal Food, Drug, and Cosmetic Act (FD&C Act).”

“As we work quickly to further clarify our regulatory approach for products containing cannabis and cannabis-derived compounds like CBD, we’ll continue to monitor the marketplace and take action as needed against companies that violate the law in ways that raise a variety of public health concerns. In line with our mission to protect the public, foster innovation, and promote consumer confidence, this overarching approach regarding CBD is the same as the FDA would take for any other substance that we regulate,” said FDA Principal Deputy Commissioner Amy Abernethy, M.D., Ph.D.

The FDA sent warning letters to the following companies:

*Click on the company name to view warning letter

“We remain concerned that some people wrongly think that the myriad of CBD products on the market, many of which are illegal, have been evaluated by the FDA and determined to be safe, or that trying CBD ‘can’t hurt.’ Aside from one prescription drug approved to treat two pediatric epilepsy disorders, these products have not been approved by the FDA and we want to be clear that a number of questions remain regarding CBD’s safety – including reports of products containing contaminants, such as pesticides and heavy metals – and there are real risks that need to be considered. We recognize the significant public interest in CBD and we must work together with stakeholders and industry to fill in the knowledge gaps about the science, safety and quality of many of these products,” added Abernethy.

In a separate consumer update, the FDA went as far as to say that CBD “can cause liver injury” and “affect the metabolism of other drugs, causing serious side effects”. The FDA also seems to believe that CBD can cause decreased appetite, diarrhea and drowsiness when combined with other depressants such as alcohol. We’re not sure where they are getting this information from but it’s highly likely they will be proven wrong on certain parts of their statements as pure cannabidiol on its own won’t cause these health issues. Black market CDB in the other hand is a different story.

CBD in the United States exploded in popularity following the passage of the historic Farm Bill last year which legalized hemp. The FDA’s lack of guidance on hemp-derived CBD products as left the market clouded with confusion.

“CBD companies, consumer groups, and members of Congress are growing increasingly frustrated with FDA’s lack of guidance on CBD products, which was expected in late summer/early fall,” said Eric Assaraf, of Cowen & Co.

“The FDA continues to believe the drug approval process represents the best way to ensure that safe and effective new medicines, including any drugs derived from cannabis, are available to patients in need of appropriate medical therapy,” said the FDA.

To date, the only company to receive FDA approval for a CBD product in the United States is GW Pharma (NASDAQ: GWPH) which secured approval for its cannabis-derived CBD drug Epidiolex last summer. Epidiolex was created as a treatment for two severe forms of childhood epilepsy. 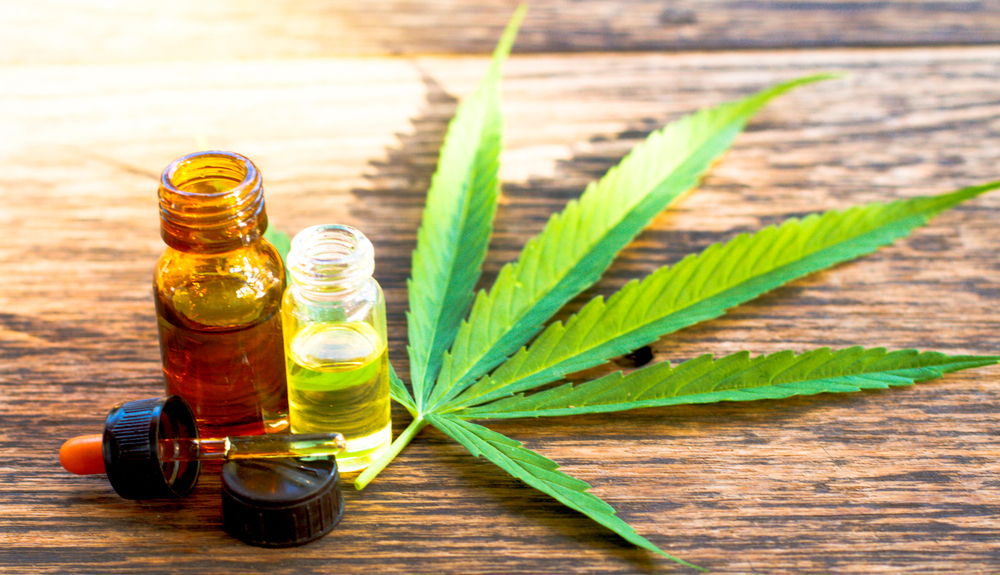 Yesterday’s surprise announcement from the FDA sent shockwaves of uncertainty through an already shakey cannabis sector. After selling off for the past 6-8 months, cannabis stocks looked poised to reverse its downtrend after a massive rally last week. As expected, pot stocks took a nosedive today in response to the unsettling news.

Companies with the most CBD exposure saw their share prices hit the worst in early trading today. The new cloud of uncertainty has caused investors to question the legality of certain CBD operations. On a more positive note, some pot stocks rallied in afternoon trading erasing much of the early losses and possibly indicating that yesterday’s FDA news may not be as big of a concern as first thought.

Top U.S. CBD player Charlotte’s Web (TSX: CWEB) (OTCQX: CWBHF) sold off as much as 8% before battling back to close today’s session down 2%.

Curaleaf (CSE: CURA) (OTCQX: CURLF), the only major pot stock to receive a warning letter from the FDA due to health claims made on its CBD products plunged as much as 6% today before rallying back to closed the day down only 1.4%.

Aurora Cannabis (TSX: ACB) (NYSE: ACB) which announced earlier this year a huge deal with the UFC to study CBD on athletes and launch a line of CBD topical products saw its stock drop as much as 5% before fighting back to close the day down 3.6%. Aurora also has the conversion of its 5% debentures weighing on the stock.

Tilray (NASDAQ: TLRY) announced in February of this year that it acquired the world’s largest hemp food company Manitoba Harvest for $419 million in stock and cash. Tilray saw its share price close down 3.6% today after the company’s plans to produce a line of CBD-based foods and beverages through Manitoba Harvest was put into question by the FDA’s announcement.

Canopy Growth (TSX: WEED) (NYSE: CGC) shares declined 2% today as investors expressed concerns over the company’s large hemp investment in the state of New York. Earlier this year, Canopy announced it was establishing an industrial hemp park in New York State which it would use to create CBD products.

Acreage Holdings (CSE: ACRG.U) (OTCQX: ACRGF) which has a deal in place to merge with Canopy Growth following the end of federal prohibition in the United States saw its shares sell-off 7.7% today.

A handful of marijuana stocks not directly tied to the U.S. CBD industry were able to buck the trend today and produce some modest gains for investors.

The United States needs to get its act together and provide clear guidelines on hemp and hemp-derived CBD to remove the uncertainty surrounding the budding cannabis industry. It seems every time the sector turns a corner, U.S. regulators hit the market with new and unproven information that casts doubt in the minds of investors.

“We believe more data and research is needed to inform this guidance and regulation accurately. Ultimately, a regulated and legal market is the safest for consumers and in the best interest of the nascent cannabis and hemp industry,” stated Tilray spokeswoman Kristina Adamski.

Almost everyone involved in the legal cannabis industry welcomes regulation as it would provide certainty and more importantly safety for consumers. At this point, the ball remains in the FDA’s court as the industry continues to wait for clarity.