Hollister Biosciences (CSE: HOLL) (OTC: HSTRF) (FRA: HOB) moved one step closer to making its move into the burgeoning psychedelics industry a reality. The company reported this week it signed a definitive agreement to complete its previously announced acquisition of AlphaMind Brands.

Hollister, a rapidly expanding multi-state cannabis branding company with products in over 220 dispensaries throughout California, has stuck another major deal that will see the company further diversify its operations to include psychedelics.

Hollister, which recently completed a transformational merger with Venom Extracts, is now in the final stages of its acquisition of AlphaMind. The two companies have agreed to terms and entered into a share exchange agreement whereby Hollister will acquire all of AlphaMind’s issued and outstanding shares.

“We are very pleased to have completed the next step in consummating this very exciting acquisition. It is a fundamental value of our company to improve the overall health and performance of our customers through our high-quality products, and the health benefits associated with medicinal mushrooms are tremendous. Not to mention, it is our continual objective to broaden our product scope and AlphaMind, with its experienced management team, is a perfect foothold for us in the fast-growing market for medicinal mushrooms and complements our existing cannabis and hemp-based product offering,” stated Carl Saling, founder and CEO of Hollister Biosciences. 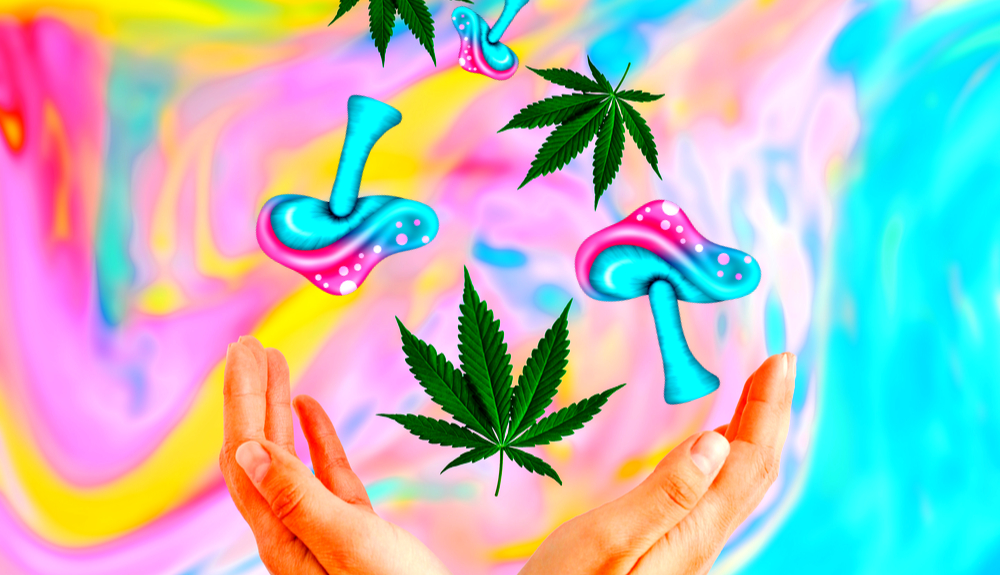 “I think we have found a great partner in Hollister. We have medicinal mushroom-based product SKU’s ready to ship, and R&D is underway to develop an exciting IP portfolio surrounding Psilocybin based pharmaceutical treatments. Being under the Hollister umbrella will allow us to access additional markets and leverage their existing manufacturing and distribution infrastructure and will be a fundamental part of the future growth of our business,” added AlphaMind CEO Robert Birmingham.

According to the terms of the deal, upon closing, Hollister will acquire 100% of AlphaMind Brands in exchange for 6 million common shares at a deemed price of $0.20 per share. The acquisition remains subject to customary closing conditions. A full list of the transaction’s terms and closing conditions can be found here.

As you’ll notice from the HOLL stock chart below, Hollister’s stock has been on a roll during the month of April, rising as much as 225% from its early month lows. Hollister’s recent acquisition of Venom Extracts should give the company’s fundamentals a big boost. Last year, Venom generated revenue of $16.4 million to go along with EBITDA of $2.5 million.

As we head into the final days of April, shares of HOLL stock are consolidating nicely after an impressive month. With Hollister becoming one of the first major cannabis companies to branch out into the high-profile world of psychedelics, the AlphaMind deal, along with the extra media attention it’s been generating, could serve as the catalyst to push HOLL shares to a new all-time high.

Hollister is on a Roll, and the Investing Community is Finally Giving the Company the Attention it Rightfully Deserves