In this week’s Cannabis Industry News Recap, you will find the top stories from around the industry for the week of June 10th – 16th, 2019.

cannabis edibles, extracts, beverages, and topicals will be available for purchase in Canada by December 2019. The new edibles regulations will come into effect on October 17, 2019, but the actual purchasing of these products won’t be permitted until two months later.

Complete details on the new regulations including a full timeline were released by Health Canada.

The legal cannabis market in the U.S. is growing at a faster rate than anybody could have predicted.

According to data published in the 2019 edition of the Marijuana Business Factbook, sales of medical and adult-use cannabis in the U.S. in 2018 total roughly $10.4 billion, putting it up there with the country’s sixth-largest fast food chain, Taco Bell. To further illustrate the size of the growth, the $10.4 billion legal cannabis market — up $2 billion from 2017 totals — is larger than the combined revenue of Goldfish crackers, e-cigarettes, and the Fortnite video game.

And there’s no signs of slowing down.

With just days left before the end of the legislative session, efforts to legalize marijuana in New York have been revived, with a possible vote this coming week.

Though momentum to pass a legalization measure seemed to largely die off after lawmakers in neighboring New Jersey announced they wouldn’t move forward with plans to end cannabis prohibition through the legislature, advocates are increasingly optimistic that a deal in the Empire State is imminent.

Canada has spelled out its final regulations for the next generation of legal cannabis products. As promised, the new rules will take effect on Oct. 17, but Canadians will have to wait until at least Dec. 16 to purchase edibles, vapes, topicals, and beverages.

Speaking in a technical briefing on Friday, government officials said to expect a “limited selection” of products at first. They also warned that provinces, territories, and retailers will need time to stock up and make the new products available for sale.

A key U.S. House panel approved a spending bill including a provision that would protect banks serving lawful marijuana businesses from punishment by federal financial regulators.

The House Appropriations Committee approved the fiscal year 2020 Financial Services and General Government bill, which included the MJ banking measure, by a vote of 30-21.

Despite legalization continuing to spread, and efforts advocating towards federal legalization of cannabis, the black market in the U.S. for cannabis continues to thrive across the nation.

Simply put, despite access and legal product being available, people are still as or more likely to purchase their cannabis from black market sources, with this trend not showing any signs of stopping.

The governor of Texas signed a bill into law on Friday that significantly expands the state’s medical cannabis program.

The legislation, which was overwhelmingly approved by lawmakers last month, adds multiple medical conditions to the list of disorders that qualify patients of low-THC marijuana. Currently, only patients with intractable epilepsy qualify under the CBD-focused program.

Colorado Has Generated Over $1 Billion in Marijuana Revenue, State Announces

On Wednesday, his administration issued a report touting the fact that Colorado has so far brought in more than $1 billion in cannabis revenue.

Governors from 18 states and two U.S. territories are calling on Congress to pass a bipartisan marijuana banking bill.

In a letter sent to congressional leaders on Thursday, the governors said a legislative fix was needed to “remove the legal uncertainty for banks and credit unions, reducing their risk, enhancing public safety, and increasing financial transparency.”

Because of the huge potentials around marijuana social use businesses in Las Vegas – and all over the country, for that matter – many cannabis industry watchers were intrigued after the Las Vegas City Council voted on an ordinance in May to create a new business license and land-use regulations for such venues.

If Las Vegas had success with those venues, perhaps other cities around the country without social use ordinances might reconsider. 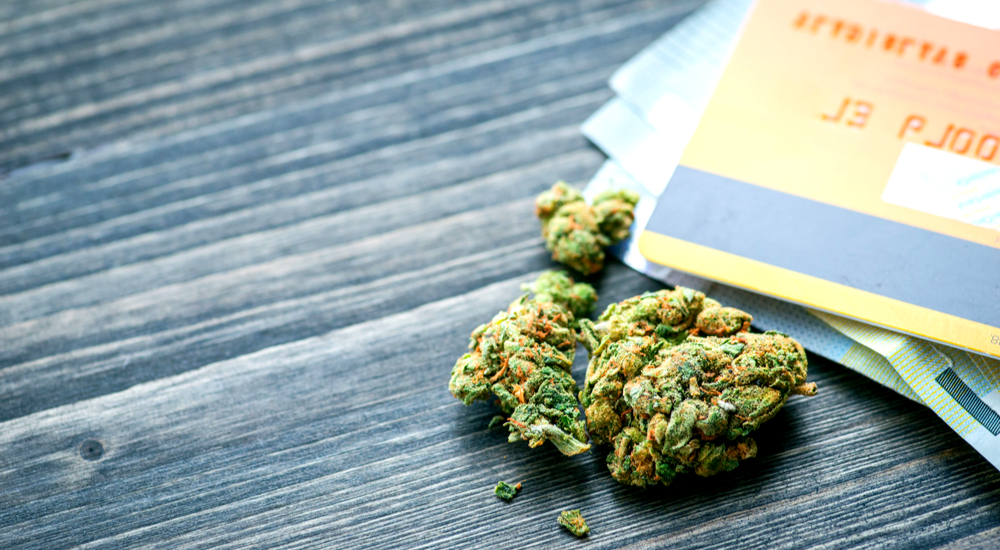 In its first fiscal year, which began when the sale of recreational cannabis became legal on October 17, 2018, and ended on March 30, 2019, the Société québécoise du cannabis (SQDC) had sales totaling $71 million or 9.9 metric tons of cannabis.

As competition between cannabis retailers grows, so does the number of stores in mature markets, where the relative density of marijuana shops has surpassed that of Starbucks in many.

The recently released Marijuana Business Factbook estimates that in Denver and Portland, Oregon, for example, marijuana retailers outnumber Starbucks by close to double, while in Anchorage, Alaska – a newer market – the two are tied for density.

The California State Assembly on Wednesday passed a bill that would authorize the retail sale of hemp-derived cannabidiol (CBD)—a move intended to supplant a position adopted by health officials in 2018 that has caused a commotion.

Assembly Bill 228 passed by a final vote of 76 to 0, according to a source in the California State Legislature.

The State Medical Board of Ohio delayed a vote on including anxiety and autism spectrum disorder to the state’s list of qualifying conditions for medical marijuana, which could have added new opportunities for MMJ businesses in the state.

Board President Dr. Michael Schottenstein said Wednesday the vote would be delayed to give two new board members time to consider expert reports.

Germany may be the largest and fastest-growing medical cannabis market in Europe, but signs are emerging from medical and regulatory circles that should serve as a warning to marijuana companies planning to commercialize medicines without conclusive clinical trials.

In fact, businesses based on science and efficacy may see a competitive advantage in Germany in the long run over those that are focused on volume and sales, according to industry experts.

The town of Niagara-on-the-Lake has approved an extension of an interim control bylaw for another year prohibiting new cannabis operations and expansion of existing facilities.

Last summer, the previous council passed a bylaw to restrict further cannabis-related operations until a review of its land-use planning policies was completed. On Monday, staff were directed to prepare a bylaw to extend it until August 2020.

After six full months of operations, Massachusetts adult-use marijuana sales continue to rise, with aggregate sales approaching $140 million through the last week in May.

The market enjoyed a solid launch the week of Thanksgiving 2018, and Massachusetts retailers have seen average month-over-month sales increases of 21% between December 2018 – the first full month of sales – and May 2019.

Last week, the Government of Ontario quietly passed amendments to the province’s cannabis law that were instituted in response to a “loophole” that allowed dispensaries to remain open by claiming that someone was living on-premises and using the property as a residence.

The change was contained in an otherwise-unrelated government bill that was meant to address housing concerns in the province.

The Chiefs of Ontario have passed a resolution enabling First Nations to assert complete jurisdiction to govern all cannabis operations within their own territories.

The resolution was passed during the 45th Annual All Ontario Chiefs Conference in Sault Ste. Marie Thursday.

The Kroger Co. is one of the latest retailers to introduce CBD in its stores. The Cincinnati-based grocery store chain said that, starting this week, it will begin carrying topical products containing cannabidiol in its stores in 17 states.

The products Kroger will carry contain no THC, a spokeswoman for the retailer told The Detroit News.

A novel bill that would allow Oregon to export and import marijuana to other legal states is heading to the governor’s desk after the House approved in on Tuesday.

The legislation, which passed the Senate last month, would permit the governor to enter into agreements with other states under certain circumstances in order to engage in interstate cannabis commerce. It would only be actionable if the federal government reforms its policies and allows such activity, however.