Welcome to the Cannabis Countdown. In this week’s rendition, we’ll recap and countdown the top 10 marijuana stock news stories for the week of August 5th – 11th, 2019.

The acquisition brings together Canopy Growth’s (TSX: WEED) (NYSE: CGC) wholly-owned research program with the Beckley Canopy research platform which is partly owned by Canopy Growth in order to combine the best teams, programs and clinical work all under a single strategic plan.

“The acquisition of Beckley Canopy will allow Spectrum Therapeutics to continue expanding its medical cannabis leadership around the world, strengthening our foothold in the UK and more broadly across Europe – a region that wants to see stronger clinical evidence around cannabis-based medicines,” said Canopy Growth CEO Mark Zekulin.

Part 2 of our Breaking the Grass Ceiling series focuses on the top female leaders of public cannabis companies.

“In certain sectors of the industry, females hold a significantly higher percentage of executive offices relative to the national average. Women comprise 42% of the executive positions at ancillary services companies and 35% of medical dispensaries/recreational stores.”

Just like we predicted in our ‘Shock and Awe: New Leaked CEO Emails Drop Third Bombshell on CannTrust‘ article. CannTrust (TSX: TRST) (NYSE: CTST) could be getting a call from the United States Securities and Exchange Commission (SEC) in the near future.

When CannTrust listed its shares on the New York Stock Exchange in February, it gained access to a huge pool of investors and more trading activity for its shares. It also exposed itself to the potential of greater trouble in the U.S. legal system, from class-action lawsuits in U.S. courts and to the actions of that country’s securities regulators. One of those hazards is already coming into play.

7. The #1 Cheapest Cannabis Stock Aleafia Health Has Over 350% Upside

The biggest catalyst to the recent focus from Wall Street comes down to an acquisition made by Aleafia Health (TSX: ALEF) (OTCQX: ALEAF) in March. Medical cannabis company Emblem was acquired by Aleafia, significantly adding to the company’s high-margin products and annual production capacity. That production has risen exponentially, with Aleafia now able to produce 138,000 kilograms of cannabis per year.

The acquisition shot Aleafia right into Canada’s top 10 growers and soon followed with the company’s largest adult-use cannabis order in the company’s history. This could be just the start of future acquisitions, especially since the company has since been making other announcements that have analysts predicting some strong share growth.

6. Canadian Pot Company Tilray Ships CBD to US for Clinical Trials on Alcohol and PTSD

The NYU researchers will test CBD in clinical trials aimed at treating alcohol use disorder and post-traumatic stress disorder. 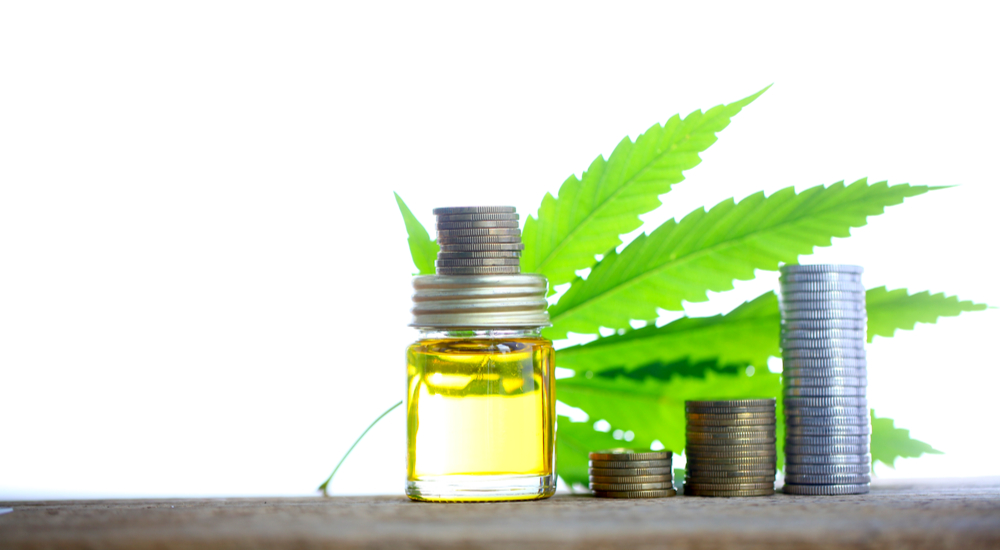 The company was able to beat analyst estimates in a few metrics but its 2nd half spending forecast caused shares to drop over the past two trading sessions.

Aurora Cannabis (TSX: ACB) (NYSE: ACB) shares jumped as much as 13% in reaction to the company’s issuance of fiscal Q4 2019 revenue and production guidance. Aurora reported to investors that it expects net revenue to increase to $100 million – $107 million for the quarter.

“Given ACB’s strong production output, we would look for this to translate to strong revenue growth in FY20, particularly as new product form factors come online in late-2Q (December) as well as continued brick and mortar rollout,” said one of the industry’s top analysts.

2. U.S. DOJ Puts Cannabis MSOs Under the Microscope, New IPOs Could be the Perfect Way to Play the Fall Recovery

Multi-state operators, the most promising true national powers in the United States cannabis industry, have recently been dragged down by Federal antitrust reviews on pending mergers.

As you think about where to allocate capital for an autumn recovery, look at coming IPOs, especially on the multi-state side of the cannabis industry. A pullback from the tight control we’re seeing now could leave new listings fresh and uncontaminated by the fear and hesitancy that has hit so many stocks under the Washington microscope.

Cannabis stocks have historically performed poorly during the summer months and that trend has continued in 2019. Despite the cyclical downswing, we are currently in the midst of, the following marijuana stocks have experienced strong enough catalysts to push their share prices higher.

These 7 marijuana stocks have bucked the trend and produce big gains for investors.