In this week’s Cannabis Countdown, we’ll countdown and recap the top 10 marijuana industry news stories from around the industry for the week of July 1st – 7th, 2019.

10. Brazil Takes Next Step in Creating Medical Marijuana Access for Patients in Need

New steps outlined by the Health Ministry will make it easier for consumers of medical cannabis to access their medications, according to a ministry statement on Thursday.

“We are attentive to criticism and to improving in order to ease the suffering of patients,” Deputy Health Minister Ya’acov Litzman said. “We will continue to promote further activities on the matter.”

The new law changed the definition of marijuana, and prosecutors and crime labs say they don’t have the resources to test if a substance is legal hemp or marijuana.

Because of a new state law, prosecutors across Texas have dropped hundreds of low-level marijuana charges and have indicated they won’t pursue new ones without further testing.

The marijuana inventory tracking system for the world’s largest cannabis market – California – isn’t fully online, despite its rollout in January. But it’s getting there. The slow transition to the new system involved confusion, headaches, and extra costs, industry watchers note, reinforcing that legalization has brought with it a new world of red tape.

“Track-and-trace is like going to the dentist. You don’t want to do it, but you have to,” quipped Terra Carver, executive director of the Humboldt County Growers Alliance.

6. Ontario is Set to Get 50 More Cannabis Stores This Fall

Ontario is set to get 50 more cannabis stores starting in October, and applicants will have to first show they have their finances and retail space ready to go.

The announcement Wednesday comes as some of the first 25 of the province’s legal pot shops that were supposed to open April 1 are still not up and running. 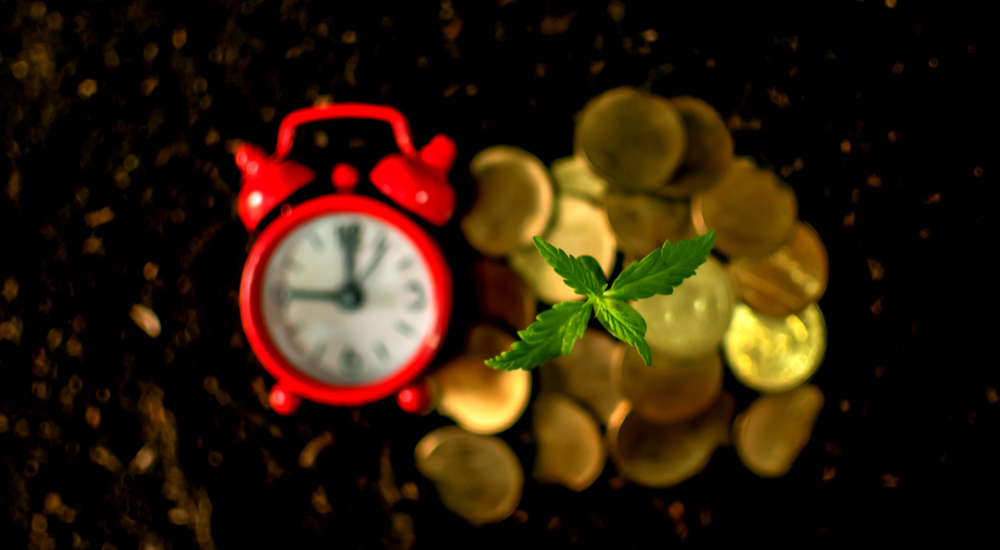 A Massachusetts prosecutor says that a trip to study Portugal’s drug decriminalization model motivated her to voice support for a U.S. congressional bill that would allow states to set their own marijuana policies.

“The eye-opening journey affirmed my view that drug use should be treated as a public health concern,” Harrington said in a press release on Monday. She added that she felt inspired to support the Strengthening the Tenth Amendment Through Entrusting States (STATES) Act, now pending in Congress.

Senate Minority Leader Chuck Schumer (D-NY) announced on Wednesday that he personally called the leadership of a major cannabis company to confirm their plans to create a first-of-its-kind hemp park in southern New York.

The call came the same day that Bruce Linton was ousted as co-CEO of Canopy Growth Corp.—the largest publicly traded marijuana business. Schumer said in a press release that the firing raised concerns about the fate of Canopy’s promised investment in Broome County, New York.

3. Michigan Has Rules for Selling Recreational Pot. Here They Are

The state issued long-awaited rules Wednesday that will govern the recreational marijuana market, allow for things like public social clubs where people can partake in a bowl or an edible and do away with the asset requirements that have left many potential business owners out of the cannabis industry.

Bruce Linton, founder, and co-CEO of Canopy Growth seemed unfazed last month when his company’s stock sunk after a poor financial showing. Now he’s out of a job.

On Wednesday, Linton told CNN he was fired. The executive shake-up at Canopy highlights not only the challenges cannabis firms face in trying to meet sky-high expectations, but also the maturation of a long-illicit substance into a legitimate industry.

1. The End of Federal Cannabis Prohibition in the United States is Near

Washington, D.C., has been making historic strides lately with regards to cannabis reform, and it appears that there’s more to come.

The U.S. Federal Government is seriously entertaining the end of cannabis prohibition and judging by early reports, the agenda won’t focus on whether the country should legalize cannabis completely, but on how they should go about doing it. The subcommittee has officially stated that the hearing will be called “Marijuana Laws in America: Racial Justice and the Need for Reform.”