Welcome to the Cannabis Countdown. In this week’s rendition, we’ll recap and countdown the top 10 marijuana industry news stories for the week of August 12th – 18th, 2019.

Cannabis companies are hopping on the rainbow Pride bandwagon and selling to the LGBTQ market, one of the most powerful markets as the industry continues to grow with legalization.

The LGBTQ market is estimated to have $5.4 trillion in spending power globally.

The state’s hemp sector has come a long way since it began as a research and development program under the 2014 Farm Bill, Nevada Senate Bill 305 and Senate Bill 396. In its first year in 2017, there were only 26 growers.

“Now in our fourth growing season, we have certified 207 registered growers, 53 handlers and 37 seed producers to date,” said Ashley Jeppson, Nevada Department of Agriculture (NDA) Plant Industry division administrator. “The program has grown by more than 600 percent since 2017, and we are proud that Nevada is on the forefront of the hemp industry.”

This past week saw the second-highest amount of money raised through equity in three months in the North American cannabis industry – even as merger and acquisition activity slowed to a complete halt.

7. Americans Would Probably Gobble Up Marijuana Edibles If They Were Legal Nationwide

now that weed has gone legal in a number of states, opening the market up to a variety of products, cannabis edibles are just a regular part of the scene and becoming increasingly popular.

Some of the latest data shows that the edibles sector could be worth upwards of $4.1 billion by 2022.

Researchers at the IUPUI and Indiana University in Bloomington recently rolled up their sleeves to study the effects of marijuana edibles.

CBD treatments are promising, but far more research needs to be done before federal authorities can allow them in foods and dietary supplements, according to a leader of the U.S. Food and Drug Administration’s new cannabinoid work group.

“We don’t hold a grudge against (cannabinoids), but we also don’t hold them to a lower standard of safety or absolve them of other requirements,” he told the gathering in Portland, Oregon. 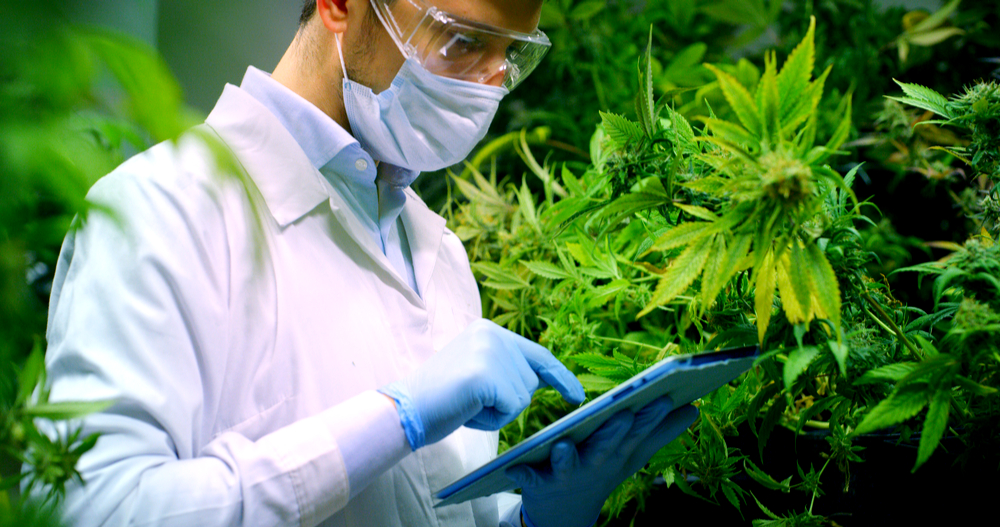 5. 14% of Americans Say They Use CBD Products

One in seven Americans say they personally use cannabidiol (CBD) based products, which have proliferated since last year’s passage of a federal law legalizing this hemp form of cannabis.

Younger Americans and those in the Western U.S. are most likely to report using these products, which are widely touted for their therapeutic benefits without any psychoactive effects because they contain a low level of THC.

4. BC Liquor Branch Issues Call for Suppliers of Pot-Based Edibles

The BC Liquor Distribution Branch wants to hear from licensed marijuana producers able to make and supply new pot-based creations as the province prepares for the soon-to-be legalized edible cannabis market.

The BC Liquor Distribution branch has issued a product call, asking would-be suppliers to identify their interest and ability to provide the branch with edibles, beverages, topicals and extracts.

For the first time in five years of Colorado’s coexisting, legalized adult-use and medical cannabis markets, recreational sales more than doubled medical sales in 2018, according to state regulators’ figures. Colorado rolled out its adult-use market in 2014, after beginning its medical program in 2000.

The differentiation has occurred as the Centennial State’s longer-matured medical market has seen a general plateau in sales, while its adult-use market’s sales continue to climb.

Wholesale cannabis prices appear on the rise in longstanding adult-use cannabis markets Colorado, Oregon and Washington state, according to two recent reports and insight from growers.

The upward-trending prices seem to be increasing because of:

The marijuana industry has just been granted yet another victory with Credit Unions getting the O.K. to work with cannabis companies.

In its march towards social acceptance and financial credibility, Chairman Rodney Hood has stated in a new interview, National Credit Union Administration (NCUA) that federal regulators will no longer punish credit unions for working with cannabis businesses that adhere to state-level marijuana laws.