Welcome to the Cannabis Countdown. In this week’s rendition, we’ll recap and countdown the top 10 marijuana industry news stories for the week of September 9th – 15th, 2019.

9. FDA Deadline to Comment on International Rescheduling of Cannabis Nears

The U.S. Food and Drug Administration (FDA) reopened a comment period for public input in preparation for the international discussion to reschedule marijuana as recommended by the World Health Organization (WHO).

The deadline to submit comments is Sept. 30.

“It is illegal to advertise that a product can prevent, treat, or cure human disease without competent and reliable scientific evidence to support such claims,” FTC said in a press release about the action.

The six deaths and 380 cases of vaping-associated pulmonary injury (VAPI) this summer are mostly a problem of the illicit market for THC vape carts.

But regulators in states with adult-use or medical cannabis legalization are using the health crisis to identify and fix gaps in their systems.

6. One of the Largest Pharma Companies in the World Has Made a Big Move in Cannabis

According to information procured exclusively ahead of a formal announcement Friday, a subsidiary of NYSE-traded giant Teva Pharmaceuticals has signed a deal with medical cannabis company Canndoc to distribute its GMP products to pharma customers, including hospitals, health maintenance organizations (HMOs) and all pharmacies in Israel.

As per the agreement, Teva subsidiary Salomon, Levin, Elstein (or SLE for short) will not only distribute Canndoc’s products in Israel, but also seek to “provide logistics capability for exporting Canndoc’s products to countries that support regulations for the sale and distribution of cannabis products for medical use,” as soon as local regulations allow for it, Canndoc, a subsidiary of publicly traded company InterCure, explained. 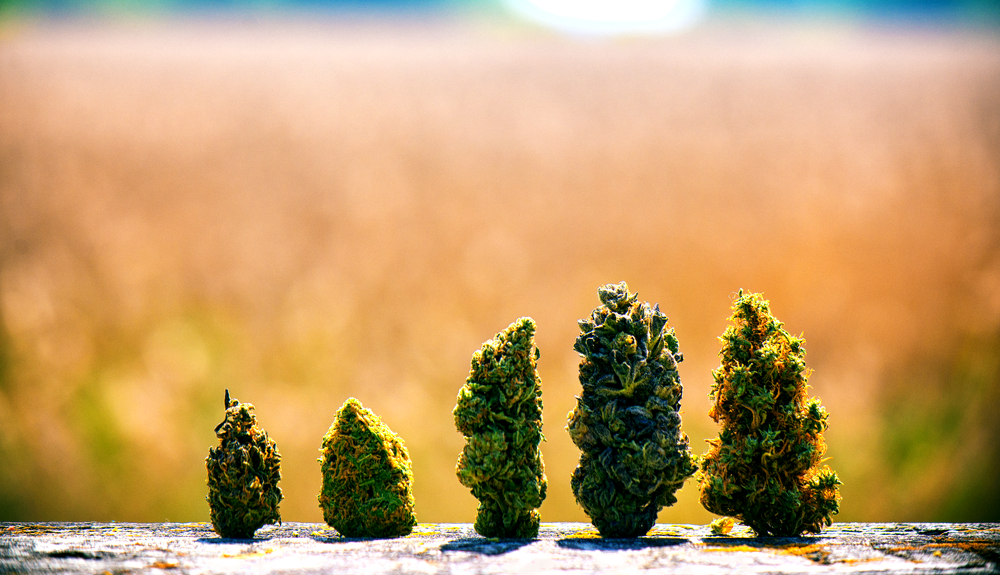 5. 5 Catalysts That Could Fuel the Next Cannabis Market Resurgence

This summer had cannabis stocks baked, and not in a good way. Overall market turmoil linked to global trade battles did not help the sector, and pot stocks got slammed by certain company scandals, regulatory whiplash, and a decline in enthusiasm among investors who had gotten in on the upswing without understanding the substance of cannabis consumption and production trends.

Autumn is just around the corner, and after a purge of bad execs and ignorant investors, the wise will turn to solid companies who capitalize on a handful of key industry drivers.

The head of the American Bankers Association (ABA) is predicting that the House of Representatives will pass legislation allowing banks to service state-legal marijuana businesses as early as this month and no later than October.

“This is legislation that already passed in the House Financial Services Committee early in this calendar year by a huge bipartisan margin, and this is something that I predict…as early as September—probably no later than than October—will pass the full House of Representatives by a bipartisan majority, which is exciting,” he said.

3. Marijuana Banking Bill Will Get a Full House Floor Vote This Month

A bipartisan bill to protect banks that service marijuana businesses will get a House floor vote by the end of the month, the office of Majority Leader Steny Hoyer (D-MD) confirmed on Friday.

House leadership announced the decision to Democratic lawmakers at a closed-door meeting on Thursday.

2. Could Trump Pull a ‘Cannabis Surprise’ in 2020? It’s Not Impossible

Every September the folks at the National Organization for the Reform of Marijuana Laws (NORML), the nation’s oldest cannabis legalization group, bring lobbyists, political scientists, reporters, organizers, state lawmakers, and members of Congress together in Washington, DC, to talk shop. Wins and losses are tallied, strategies are debated, the year ahead is forecast. The three-day event always offers a bracing, concentrated blast of both hope and cold reality.

Here’s a report from the front—or, what you need to know as Congress winds down its long summer vacation.

1. Vape Pen Lung Disease: Here’s What You Need to Know

As of Thursday, Sept. 12, the CDC has reported 380 confirmed and probable cases in 36 states of severe acute respiratory distress syndrome possibly associated with a recently inhaled drug aerosol (commonly known as vaping). As many as six patients may have died from the condition. The deaths occurred in Illinois, Oregon, Indiana, California, Minnesota, and Kansas. Here’s what you need to know.

If you purchase an illicit market disposable vaporizer cartridge—either THC or nicotine—and it’s filled with the wrong additive at the wrong amount, using it carries the risk of immediately injuring your lungs. Up to six patients may have died as a result of tainted cartridges.