Welcome to the Cannabis Countdown. In this week’s rendition, we’ll recap and countdown the top 10 marijuana industry news stories for the week of September 2nd – 8th, 2019.

Despite all the recent speculation that cannabis legalization is imminent in the U.S., the substance — and its extracts, including cannabidiol (CBD) oil derived from cannabis — is still considered a controlled substance under U.S. federal law.

The federal government’s effort to rein in the cost of reimbursing veterans for their medical marijuana appears to have failed as new figures show Ottawa shelled out a record $75 million in the last fiscal year.

And that is only the beginning: the Veterans Affairs Canada figures show the government is on track to spend nearly $100 million this year as more and more former service members ask the government to pay for their cannabis.

8. Inside Facebook’s Campaign Against Hemp Advertising

Over the past few months, social media and search engine behemoths Facebook and Google have gone to great lengths to ban and censor CBD and hemp-related advertisements on their platforms — despite that the 2018 Farm Bill legalized the cultivation of hemp-derived CBD.

Facebook recently confirmed the ban, disabled advertising and “boost-post” privileges for mainstream brands like Dr. Bronner’s hemp-based soap company, and yet, has still not announced clear rules or reasoning for this decision.

The documents suggest that, in an apparent effort to conceal the black market cannabis seeds from regulatory inspections and other staff members, some CannTrust employees changed the names of as many as 20 strains to those which the company was licensed to sell in the legal medical and recreational markets.

Multistate medical marijuana giants Curaleaf (CSE: CURA) (OTCQX: CURLF) ($400,000) and Surterra ($240,000) trail only the Cannabis Trade Federation ($482,500) in spending on lobbying, according to data published by the nonprofit Center for Responsive Politics at OpenSecrets.org. 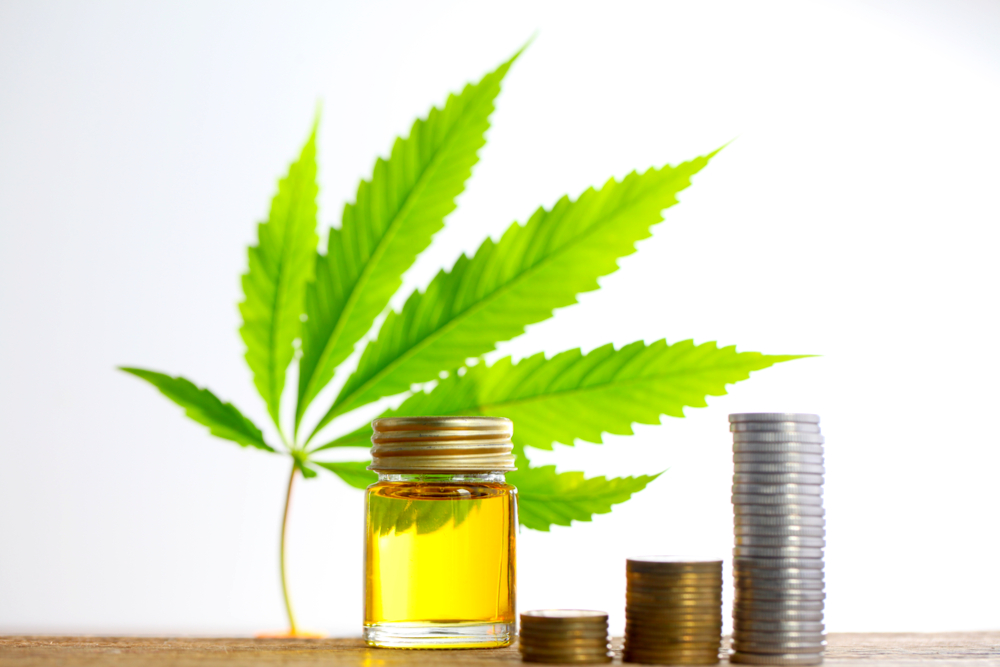 Over the past couple quarters it is interesting to see Canopy Growth (TSX: WEED) (NYSE: CGC) continue to lose market share along with Organigram (TSX: OGI) (NASDAQ: OGI).

Aphria (TSX: APHA) (NYSE: APHA) managed to grow market share significantly in CY Q2  after a disappointing prior quarter. Aurora Cannabis (TSX: ACB) (NYSE: ACB) has yet to report its Q2 results, but it wouldn’t be a surprise to us to see them achieve about 30% market share, overtaking Canopy for the first time ever.

Illinois awarded its first licenses to businesses that can sell recreational cannabis when it becomes legal in the state next year.

Legal cannabis will make what Red Bull did to the soft drink industry seem like small potatoes. It’s not going to create just one new subindustry, like energy drinks. It will potentially create dozens.

The illicit recreational market is worth $200 billion globally. Ultimately, this will become a new legal industry with all sorts of subindustries – including dry flower, edibles, oils, vaping, and beverages.

Nevada’s cannabis industry has broken a record for tax contributions — more than $100 million in revenue has been collected from dispensaries, cultivators, laboratories and producers in the fiscal year that just ended.

Marijuana tax contributions have increased by 33 percent year over year, from $74.7 million paid last fiscal year to $99.18 million in the 2019 fiscal year, with another $10 million fees on top of that.

A new report from BDS Analytics titled “The Global Cannabinoids Market: Will CBD Overtake THC?” is forecasting that CBD sales will reach $20 billion by 2024.

This would account for nearly 44%  of the $45 billion total forecasted cannabinoid market (which includes legal cannabis).