In This Week’s Edition, We Recap and Countdown the Top 10 Cannabis and Psychedelics Industry News Stories for the Week of July 5th – 11th, 2021.

10. You Can Now Become an FBI Agent if You Smoked Weed Over One Year Ago

Yes, it is Hard to Imagine That the Very Agency That Hunted Down Weed Smokers, Weed Dealers and Weed Growers Has Quietly Loosened its Policies Regarding Past Marijuana Consumption Among its Potential Agents

Candidates who have not consumed Marijuana for over one full year prior to their application date can now be considered for a job with the Federal Bureau of Investigation (FBI). The FBI’s previous policies required would-be agents to have abstained from any form of Marijuana or Cannabis in any location (domestic or foreign), for at least three years.

The Assembly Public Health Committee Advanced the Legislation, Sponsored By Sen. Scott Wiener (D), in an 8-4 Vote One Week After the Public Safety Committee Approved the Measure

A second California Assembly committee on Tuesday approved a Senate-passed bill to legalize possession of Psychedelics like Psilocybin and LSD. But new amendments that add limits on allowable amounts of the substances is creating controversy among advocates.

A group of 10 senators recently sent a letter to Appropriations Committee leadership, requesting that language allowing Marijuana businesses to access loans and other aid through the federal Small Business Administration (SBA) be included in an upcoming spending bill report.

7. How a Psychedelics Call-In Line is Helping People Trip Better

Today, a Google Search Will Turn Up the Number for the Psychedelic Peer Support Line, Sponsored By Fireside Project, Launched in April as a One-Year Pilot Offering Limited Hours Thursdays Through Mondays

The support line, which can be reached by texting or calling 62-FIRESIDE (623-473-7433), was envisioned by former lawyer Joshua White in the early months of the pandemic when the possibility of widespread Psychedelic healing was the one thing giving him hope. White is now the executive director of Fireside Project, which coordinates the line, connecting callers and texters with trained volunteers who can help them endure and learn from challenging encounters with Psilocybin, LSD, and other Psychedelics.

There Were 2,513,676 Individual Cannabis Items Purchased in the State Last Month, Valued at $115,574,741 and About $79 Million of Those Sales Came From in-State Residents, While Out-of-State Visitors Accounted for $36 Million of Those Purchases

Illinois sold more Marijuana products in June than any other month since recreational retailers first opened shop at the beginning of 2020, new state data shows. And those sales rang in at about $115.5 million total. It also translates into a significant windfall of tax revenue for the state, with the Department of Revenue reporting $38,718,674 in recreational Cannabis tax dollars for June. 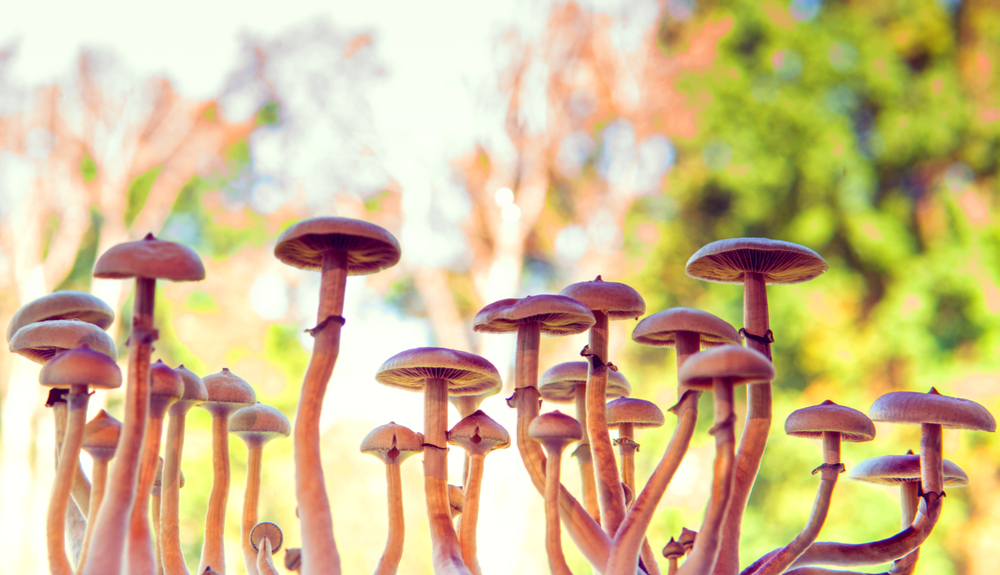 In a New Study, Yale Researchers Show That a Single Dose of Psilocybin Given to Mice Prompted an Immediate and Long-Lasting Increase in Connections Between Neurons

The psychedelic drug Psilocybin, a naturally occurring compound found in Magic Mushrooms, has been studied as a potential treatment for depression for years. But exactly how it works in the brain and how long beneficial results might last is still unclear.

The top executives at the largest U.S. marijuana Multi-State Operators (MSOs) received roughly $500,000 to $1 million in salary and bonuses in fiscal 2020, with stock and option awards boosting total compensation packages to as much as $4.5 million, according to regulatory filings. Ten CEOs topped the million-dollar mark in total compensation – although the highest amounts paled in comparison to some of their Canadian Marijuana counterparts as well as chief executives in mainstream industries.

Earlier This Week, the Harvard Law School Opened a Psychedelics Policy Center, Which it Believes Will Be Useful to Physicians Navigating This Growing Field as More Policies of Reform Are Approved

The Project on Psychedelics Law and Regulation, as the center will be known, has been established to promote equity, innovation and safety in psychedelics therapeutics, commerce and research. A press release by the Petrie-Flom Center for Health Law Policy, Biotechnology and Bioethics at Harvard acknowledges that local and state Psychedelics development involves assessments of the effects of policy as well as the possible impact of private companies that seek to enter this burgeoning market.

That’s a 60% growth compared to the same month of 2020. Michigan‘s June Cannabis sales do not differ much from those in May, as they have been hovering around $150 million for the third consecutive month after hitting $115.4 million in March, representing a substantial increase compared to the previous period.

However, drug discovery and development probably remain the most observed arm of the sector, as approval of Psychedelic substances through the clinical trial pipeline is a clear path to revenue for any company in the space. Taking these factors into account, Psilocybin Alpha built the Psychedelics Drug Development Tracker – an interactive list of clinical trials, preclinical and discovery work being done in the space.