In This Week’s Edition, We Recap and Countdown the Top 10 Cannabis and Psychedelics Industry News Stories for the Week of June 7th – 13th, 2021.

As Another Cannabis Earnings Season Comes to a Close, the Financial Results From Some of the Smaller U.S. Multi-State Operators (MSOs) Have Fallen Under the Radar, Despite Posting Awe-Inspiring Numbers

A perfect example of an under-the-radar company that recently posted stellar earnings is Hollister Biosciences (CSE: HOLL) (OTC: HSTRF) (FRA: HOB), which saw its Q4 and full-year 2020 revenue skyrocket +3,243% and +2,960% year over year, respectively. Hollister followed that up with a blowout Q1 2020 earnings report, which saw the company’s revenue surge another +97% over Q4 (+2,332% YoY) and featured net income of $2 million and adjusted EBITDA of $2.8 million. In addition to Hollister’s strengthening fundamentals, the rapidly rising cannabis MSO also holds a significant stake in the burgeoning psychedelics industry, making HOLL stock one of the more unique, “best of both worlds” investment opportunities.

Gov. Ned Lamont (D), who may also see a marijuana legalization bill delivered to his desk if the legislature succeeds in approving it this week, signed off on the psychedelics policy proposal as part of a broader package of health reform initiatives. The provision stipulates that the Department of Mental Health and Addiction Services must convene a working group, which needs to include legislators familiar with public health issues, to “study the health benefits of psilocybin.”

Two-Thirds of American Voters Believe That the War on Drugs Should End, and They Support Decriminalizing Simple Possession of Currently Illegal Substances, According to a New Poll From the ACLU and Drug Policy Alliance (DPA)

The survey comes just ahead of the 50th anniversary of President Richard Nixon declaring the drug war, igniting a system of mass criminalization over behavior that advocates and experts say should instead be treated as public health matters. Sixty-five percent of those surveyed said they agreed the U.S. should pull out of the war on drugs. And 66 percent support the more specific policy of “eliminating criminal penalties for drug possession and reinvesting drug enforcement resources into treatment and addiction services”—a reform referred to by advocates as decriminalization.

Texas Gov. Greg Abbott (R) left no room for interpretation on how he would act on a medical cannabis expansion measure that the legislature sent him. “Veterans could qualify for medical marijuana under new law,” he tweeted. “I will sign it.” Louisiana Gov. John Bel Edwards (D) was less explicit, stating at a press briefing that he’s “interested in signing the bill that would lessen the penalty for possessing small amounts of marijuana.”

6. New U of C Research Position 1st in Canada to Focus on Psychedelic Drug Therapy for Mental Health

Jim Parker was impressed enough with the improvements his niece had shown after being treated with psychedelic drugs for post-traumatic stress disorder that he was willing to put up his own money for further research. The Calgary trader anted up $3 million for a new position at the University of Calgary focusing on the use of psychedelic drugs including ketamine, ecstasy and psilocybin — commonly known as magic mushrooms — to treat mental illness. The university says the position is the first of its kind in Canada — similar research is being done at Johns Hopkins University in the U.S. The U of C has begun an internal candidate search to fill the position. 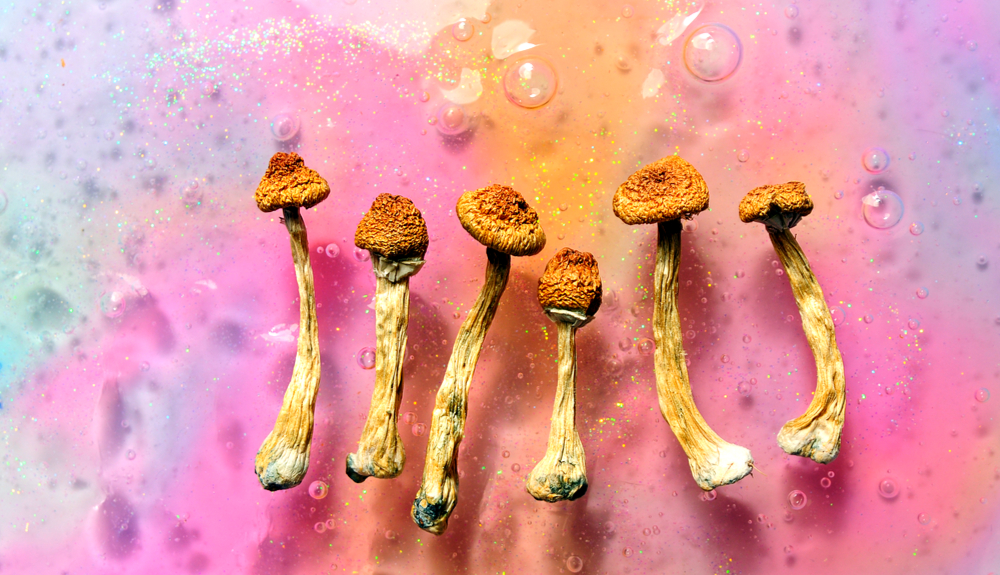 According to the Los Angeles Times, lawmakers on Monday signed off on exactly what Newsom requested in May – $100 million to be split among 17 cities and counties that have already issued marijuana business licenses to companies but are struggling to move them from “provisional” permits to “annual” licenses.

Canadian Cannabis Producer Hexo Lost Almost 21 Million Dollars in its Third-Quarter on Revenue That Came in Substantially Lower Than Expected, in Part, Because of Increasing Competition From Craft Marijuana Companies

Net revenue for the three months ended April 30 was CA$22.7 million, 31% lower than the previous quarter, and about one-third lower than analysts’ predictions. HEXO Corp’s (TSX: HEXO) (NYSE: HEXO) (FRA: 74H) CA$20.7 million net loss was about the same as the previous quarter’s deficit, bringing the year-to-date loss to CA$45.7 million. “Q3 was our fault,” Hexo CEO Sebastien St. Louis said on a conference call with analysts, citing cultivation decisions made by the company and production issues relating to hash.

2. ‘People Are Desperate to Heal’: The Push for Psychedelic-Assisted Therapy in Canada

Psilocybin is a Controlled Substance in Canada. This Means That Magic Mushrooms Are Illegal for Recreational Use

In a statement, Health Canada told Global News it has granted exemptions to 36 individuals “to allow them to possess and consume mushrooms containing psilocybin to treat their end-of-life psychological distress associated with their cancer diagnosis.”

After Putting Out a Formal Request for Information About Pain Management Alternatives to Opioids in February, the NFL and NFL Players Association Are Providing $1 Million to Fund Research on Cannabinoids and Pain Relief, According to Front Office Sports

“While this represents a different stance by the league, it’s still conservative compared to players who use cannabis or cannabis products – particularly CBD, a non-psychoactive cannabinoid that has gained mainstream acceptance,” per FOS. The NFL did shorten the window during which it tests players for THC and raise the threshold to trigger a positive test last season, but players can still be fined several weeks’ salary and be forced to join a treatment program for testing positive for the inhibiting chemical in marijuana. Though it shouldn’t be the case, that currently makes the use of CBD – which both past and current players swear by – somewhat of a grey area in the NFL.