In This Week’s Edition, We Recap and Countdown the Top 10 Cannabis and Psychedelics Industry News Stories for the Week of May 31st – June 6th, 2021.

The REIT Will Focus on Senior Secured Loans for Established Cannabis Brands, Handling the Process From Origination to Management

9. Psychedelics for Frontline Clinicians With COVID-Related Burnout? A Study is Looking Into it

The COVID-19 Pandemic Has Taken a Toll on Most of Humanity, However, Frontline Workers Were Among the Most Exposed to the Gravity of Such a Dire Situation, and Therefore, Among the Most Impacted By it

According to The Lancet’s EClinicalMedicine, 61% of healthcare workers reported “fear of exposure or transmission, 38% reported anxiety/depression, 43% suffered work overload, and 49% had burnout.” The figures came from a poll conducted between May 28 and October 1, 2020, among 20,947 healthcare workers from 42 organizations. Seeking to help improve frontline clinicians’ situations, psychedelics-focused biotech company Cybin Inc. (NEO: CYBN) (OTC: CLXPF) and the University of Washington are co-sponsoring a randomized, placebo-controlled clinical trial of psychedelic-assisted psychotherapy with psilocybin for frontline clinicians experiencing COVID-related distress.

A Commission Formed Between the NFL and the League’s Players Union Plans to Award up to $1 Million in Grants for Researchers to Investigate the Therapeutic Potential of Marijuana, CBD and Other Alternatives to Opioids for Treating Pain

At a press conference on Tuesday, a representative from the NFL-NFLPA’s Joint Pain Management Committee (PMC) said “clearly there are a lot of great ideas in this space and there’s a lot of important research that needs to be funded.” Asked if the ongoing prohibition of cannabis as a Schedule I drug is to blame for the relative lack of definitive science on cannabis’s effects, PMC cochair Dr. Kevin Hill said the federal policy “definitely adversely affects the level of research that is allowed.”

7. Deepak Chopra on MindMed Partnership, How Psychedelics Influenced the Trajectory of His Life

Hearing About Psychedelic Studies on Campus in India, Chopra Relates That He Was Immediately Game

The research experiment, comprised of a group of medical students — half American, half Indian — would have them all under the influence of LSD and asked to view a poster of Mother Teresa. Now the guru of unleashing your infinite potential has put the might of The Chopra Foundation to work alongside MindMed (NEO: MMED) (NASDAQ: MNMD) (FRA: MMQ), a clinical-stage psychedelic medicine biotech company, which in April commenced trading on NASDAQ. Their collaboration seeks to educate and build public awareness around the use of psychedelic medicines to treat mental illness, remove outdated stigmas, and ultimately research mental wellbeing approaches that can be used in psychedelic-related psychotherapy.

RWB Also Announced the Company Achieved Positive Adjusted EBITDA of $460,000 for the First Quarter of 2021

Red White & Bloom (CSE: RWB) (OTCQX: RWBYF) announced that the company has released certain financial results for the first quarter of 2021, as well as the 2020 fiscal year. All figures are in Canadian dollars. RWB reported adjusted Q1 2021 revenue of $32.2 million, up 2.4% from the $31.4 million reported in Q4 2020. The company also announced the company achieved positive adjusted EBITDA of $460,000 for Q1 2021. While these figures are certainly impressive on their own, it’s important to note that the financial results released by Red White & Bloom do not include any earnings from RWB Michigan, RWB Florida or RWB Illinois. 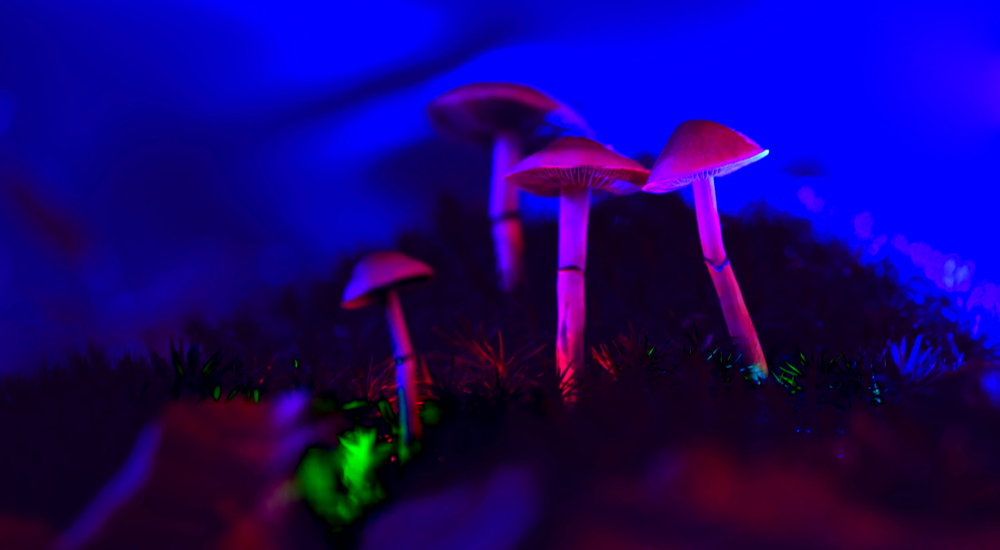 Canopy Says it Took an $8.6 Million Impairment Charge in Fiscal 2021 on its Deal with Toronto’s More Life Growth, Which Was Launched in 2019

Gov. Ned Lamont (D), who may also see a marijuana legalization bill delivered to his desk if the legislature succeeds in approving it this week, signed off on the psychedelics policy proposal as part of a broader package of health reform initiatives. The provision stipulates that the Department of Mental Health and Addiction Services must convene a working group, which needs to include legislators familiar with public health issues, to “study the health benefits of psilocybin.”

The economic argument might particularly resonate among reluctant Republican lawmakers on Capitol Hill, experts say. States with legal adult-use marijuana markets in operation already have generated nearly $8 billion in tax revenue combined since 2014, including $2.7 billion in 2020, according to a new report by Washington DC-based Marijuana Policy Project (MPP).

2. New Study: Psychedelic Mushrooms Are as Effective as Antidepressant

A New Phase II Clinical Study Pitted Psilocybin, the Active Compound in Psychedelic Shrooms, Against a Conventional Selective Serotonin Reuptake Inhibitor (SSRI) Antidepressant to See Which Served as a Better Treatment for Depression — and the Psilocybin Seems to Have Held its Own

Psilocybin performed about as well as the SSRI escitalopram as a treatment for moderate-to-severe major depressive disorder, according to the double-blinded, randomized experiment published in The New England Journal of Medicine. And in some regards, it may have even performed better.

A Total of 2,512,093 Cannabis Items Were Sold, Marking Yet Another Milestone

Illinois continues its cannabis sales streak having just broken yet another record, exceeding $100 million for the third month in a row, according to the state’s Department of Financial and Professional Regulation. Illinois cannabis buyers spent more than $116.3 million in May alone, surpassing the previous month’s record by roughly $2 million, Marijuana Moment reported. Of the total, in-state residents spent $80 million, while out-of-state visitors purchased $37 million worth of marijuana products.