In This Week’s Edition, We Recap and Countdown the Top 10 Cannabis and Psychedelics Industry News Stories for the Week of March 22nd – 28th, 2021.

Included in the New CSE Listing Statement Are Disclosures Pertaining to the AltMed Acquisition, Which Constituted a Reverse Takeover of Champignon by AltMed

Champignon Brands (CSE: SHRM) (OTCQB: SHRMF) (FRA: 496) announced on Friday that the company has filed its new listing statement with the Canadian Securities Exchange (CSE). In addition, Champignon also reported that it filed an application with the British Columbia Securities Commission (BCSC) and Ontario Securities Commission (OSC) officially requesting the revocation of the regulatory commissions’ cease trade orders against the company.

The Mexican Senate is Prepared to Approve a Bill to Legalize Marijuana as Amended by the Chamber of Deputies Earlier This Month, a Key Senator Said This Week

Due to the urgency of meeting a Supreme Court deadline to enact the policy change by April 30, Sen. Eduardo Ramírez Aguilar of the ruling MORENA party said that “at this time, it is important to legislate in the terms that are presented to us.” Lawmakers can consider further revisions to cannabis laws after the initial bill is enacted, he said.

8. MindMed Announces the Addition of Stanford University Neuroscientist as Chair of the Scientific Advisory Board

Dr. Robert C. Malenka is the Pritzker Professor of Psychiatry and Behavioral Sciences, Director of the Nancy Pritzker Laboratory and Deputy Director of the Wu Tsai Neurosciences Institute at Stanford University

MindMed (NEO: MMED) (OTCQB: MMEDF) (FRA: MMQ) announced the addition of Dr. Robert C. Malenka, an accomplished neuroscientist and psychiatry professor from Stanford University to Chair the Company’s Scientific Advisory Board. Dr. Malenka is an elected member of the National Academy of Sciences and the National Academy of Medicine as well as an elected fellow of the American Academy of Arts and Sciences, the American Association for the Advancement of Science, and the American College of Neuropsychopharmacology.

7. Switch From Robinhood to These Brokerages to Invest in Soaring U.S. Cannabis Market

At the Height of the Reddit-Fueled GameStop Frenzy, Online Brokerage Robinhood Halted and Then Limited the Buying of GameStop Shares Allegedly to Protect the Interests of Large Hedge Funds Betting Against GME

After the air went out of the GameStop (NYSE: GME) rally, many Robinhood users were furious, while others turned their attention to a limited number of Pot Stocks available to trade on the app. Canadian Licensed Producers (LPs) such as Aphria (TSX: APHA) (NYSE: APHA) (FRA: 10E), Tilray (NASDAQ: TLRY) (FRA: 2HQ) and Sundial Growers (NASDAQ: SNDL) (FRA: 14K) saw a huge spike in Robinhood trading volume, despite the real action being in the U.S. Cannabis Boom. Top U.S. MSOs like Curaleaf (CSE: CURA) (OTCQX: CURLF), Trulieve (CSE: TRUL) (OTCQX: TCNNF) and surging newcomer Red White & Bloom (CSE: RWB) (OTCQX: RWBYF) are unavailable (and largely unknown) to Robinhood investors. With U.S. legalization continuing to gain momentum, ex Robinhood investors looking to invest in U.S. Cannabis Stocks, such as RWB, CURA and TRUL, should have a look at these online brokerages.

The License Will Allow CURE to Build Out its Previously Announced Psychedelics Program Safely and Legally, While Expanding its Specialty Pharmaceutical Pipeline Opening New Doors to Research Advancement

CURE Pharmaceutical (OTCQB: CURR), a vertically integrated drug delivery and product development company, announced today that it has secured an extension to its Schedule I U.S. Drug Enforcement Agency (DEA) license that will allow the Company to conduct research on psychedelics-based pharmaceuticals using compounds such as LSD, MDMA, and psilocybin as potential treatments for various mental health disorders. The license enables CURE to conduct fully integrated research at its facility utilizing leading compounds and its patented delivery platform, seeking innovative solutions in high-impact and unmet patient need areas. 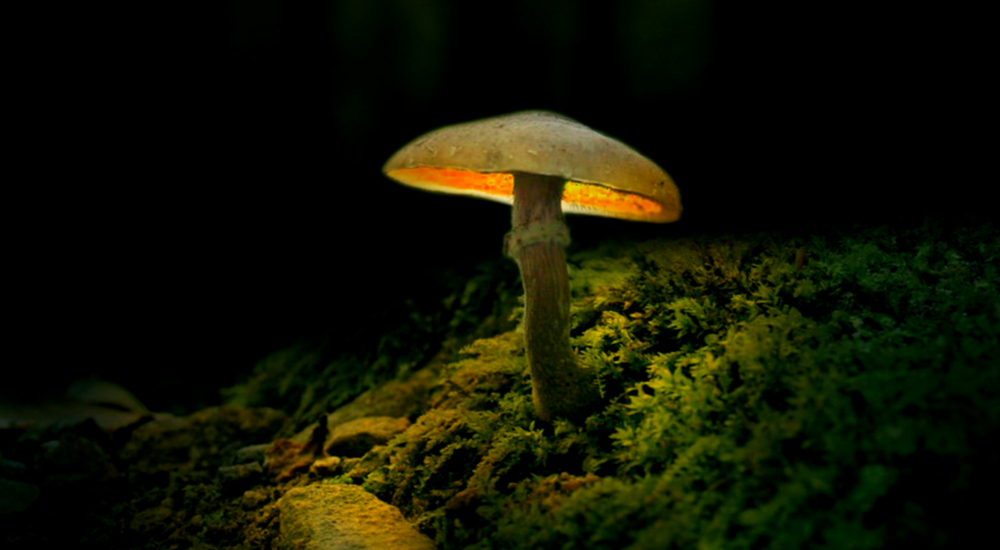 5. Where in America is Marijuana Still Entirely Illegal?

The remainder possess three degrees of legalization. There are 11 third-degree states, with severely limited-access (SLA) programs covering a population just shy of 90 million people. There are also 20 other states and two territories (Puerto Rico and the U.S. Virgin Islands) that are exclusively second-degree medical-use regimes and which have a total population of almost 118 million residents. Finally, there are more than 120 million inhabitants in the 16 first-degree states and territories, of which all have legalized recreational marijuana use and also have coexisting medical use (second-degree) status.

4. DMT Milking: The Negative Effects Of Milking Toads, and What Can Be Done About It

DMT Milking? People Are Abducting Toads for Their Psychedelic Milk?

That’s right. DMT milking produces some of the most powerful hallucinations. Some claim it’s stronger than peyote, mushrooms, and Ayahuasca. So it’s no wonder people are flocking to the Colorado River to kidnap these toads for their milky white venom. Ever since Mike Tyson came out on the Joe Rogan Podcast about his revolutionary 5-MeO-DMT experience … it’s been the new hot psychedelic.

Some 3,000 patients around the country will be given medical cannabis treatments and their health will be monitored by the national medicines watchdog, the Health Ministry said in a statement. The first prescription was issued Friday at the Clermont-Ferrand University Hospital in southern France.

Psirenity, a wholly-owned subsidiary of New Leaf Canada Inc., today announced it has received approval to conduct the first clinical trial protocol with psilocybin in Jamaica. The protocol was approved by the University of the West Indies’ Ethics Committee. The clinical trial will begin within the next 90 days at the Caribbean Institute for Health Research (CAIHR), at the University of the West Indies with 32 patients, led by Professor Roger Gibson, Principal Investigator.

Votes in the legislature are now expected to take place in the coming week. Details about the agreed-upon language started to circulate on Wednesday, but now the text of the legislation has been released—a significant development that comes after lengthy talks between the Senate, Assembly and Gov. Andrew Cuomo’s (D) office.